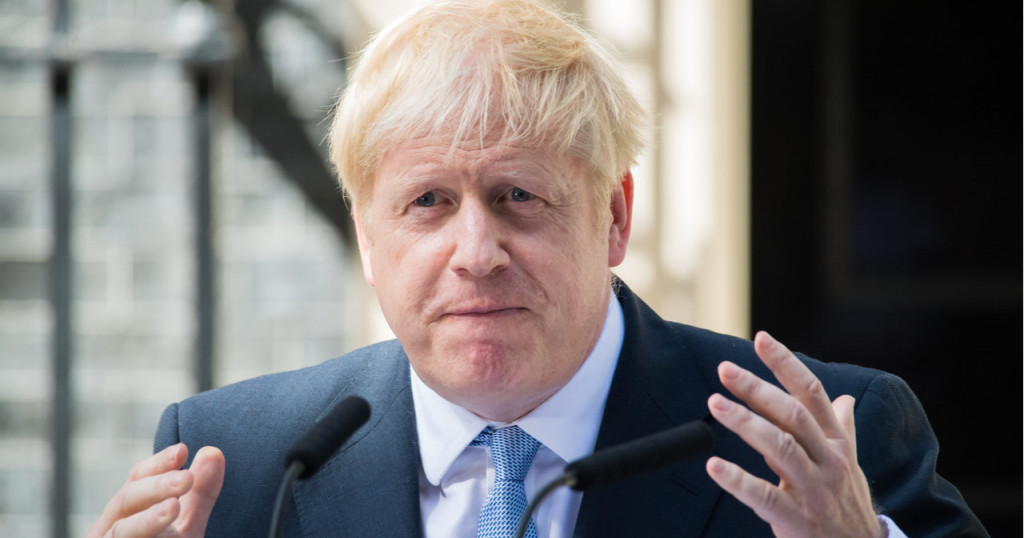 Two senior members of the British government have been exposed for presenting crime figures in a “misleading way”. The Prime Minister Boris Johnson and Home Secretary Priti Patel have been chastised for conveniently glossing over fraud and computer crime figures whilst trying to take the credit for an apparent fall in overall crime rates. In actual fact, the aggregate data reveal that crime has generally increased over the past two years. On Thursday, the chair of the UK Statistics Authority (UKSA) – which is the independent non-ministerial department that regulates the production and publication of official statistics – said it would be writing to Johnson and Patel to make them aware of their ambiguous use of data. [1] [2] [3] [4]

The intervention by the UKSA comes immediately after the Scottish Liberal Democrat MP Alistair Carmichael wrote to the head of the authority, expressing his “concerns over the misrepresentation of official crime statistics by the Prime Minister, the Home Secretary, and the Home Office”. Carmichael, who is the Liberal Democrat Spokesperson for Home Affairs as well as for Northern Ireland, stated in his February 3 letter to UKSA chair Sir David Norgrove that although addressing crime is a “vitally important issue”, members of cabinet should not mislead the public about it. [4]

The MP for Orkney and Shetland further went on to say:

“In a press release dated Thursday 27th January 2022, the Home Office claimed that ‘ONS crime statistics out today show that crime continues to fall under this Government.’ However, that is contradicted by the Office for National Statistics publication itself, which states: ‘Estimates from the TCSEW [Telephone-operated Crime Survey for England and Wales] for the year ending September 2021 compared with the pre-coronavirus year ending September 2019 show: a 14% increase in total crime, driven by a 47% increase in fraud and computer misuse’…

“The Prime Minister and the Government should not be disregarding a large, serious, and growing area of crime – fraud and computer misuse – to claim a reduction in overall crime. Victims of fraud have been let down and ignored for too long, and writing them out of the story only makes that worse. In addition, the Home Secretary misattributes the fall in certain types of crime to the Government’s ‘Beating Crime Plan’.” [4]

Boris Johnson is currently mulling over his future at No. 10 following the recent release of a report written by senior civil servant Sue Gray. Gray’s investigation brought to light that there were numerous and ever-increasing pandemic lockdown parties – which often incorporated heavy amounts of drinking and social mixing – whilst COVID-19 ravaged Britain, causing hundreds of thousands of deaths and many further hospitalisations and lifelong damage in the form of Long COVID. Despite this tumultuous period in power, Johnson, noted Carmichael, shamelessly repeated the falsehood that the government had cut crime by 14 per cent, while delivering a January 31 parliamentary statement on the Sue Gray Report. In actual fact, crime has shockingly increased by the same percentage since 2019.

In a clear sign of the public’s distrust of Boris Johnson, a snap poll undertaken by the data analytics firm YouGov recently revealed that 63 per cent of Britons indicated their desire for the Prime Minister to quit office. The preliminary outcome of the Sue Gray Report, which was published on the government’s website as an “update”, has evidently brought miniscule change in the mood of voters. Indeed, YouGov’s poll was undertaken on January 31, the very same day the “update” on the Sue Gray Report was made publicly available. In comparison with the firm’s most recent poll prior to that of the month end, a January 25 poll had found that 62 per cent of Britons wanted Johnson to resign. [5] [6]

The UKSA’s Norgrove – who is a former chairman of The Pensions Regulator and the Low Pay Commission – responded to Carmichael’s letter by stating:

“Thank you for your letter of 1 February challenging a recent statement about crime statistics by the Home Office including commentary from the Home Secretary. A similar statement was then repeated by the Prime Minister.

“I agree that Office for National Statistics (ONS) measures of crime must be used accurately, and not misrepresented. In this case, the Home Office news release presented the latest figures in a misleading way.” [1]

“The ONS bulletin quite properly includes fraud and computer misuse in total crime. Those offences are then separated out in part to allow comparison with the long-term data series and in part to be able to show that the sharp rise in fraud and computer misuse, as measured via the Telephone-operated Crime Survey for England and Wales, ‘more than offset the reductions seen for other types of crime’.

“You asked about the claimed relationship between the Beating Crime Plan and trends in crime. The ONS assessment, as argued in the bulletin, is that the pandemic and associated restrictions were the main drivers of recent trends in the relevant types of crime, and it would have been helpful if the Home Office news release had acknowledged this. We have written to the Home Office and to the offices of the Prime Minister and Home Secretary to draw their attention to this exchange.” [1]

Downing Street currently finds itself in the midst of exceptionally chaotic scenes, with Boris Johnson having to deal with the aftermath of repeatedly lying to the public about its countless pandemic lockdown parties – many of which, it is worth noting, were either hosted by himself or ones he was at the least privy to.

To further aggravate the matter, there was also the double resignation on Thursday of Johnson’s longstanding chief of policy Munira Mirza, as well as Jack Doyle, the former PA Home Affairs correspondent who was of late No. 10’s director of communications from April 2021. The twin departures, albeit said to be unrelated to one another, have left Johnson once again defeated. As for Mirza, she has clearly indicated that her departure was due to Johnson’s suggestion that Labour leader Keir Starmer, who was formerly the director of public prosecutions between 2008 and 2013, had failed to prosecute the despicable paedophile and rapist Jimmy Savile. [7]

Mirza was a staunch supporter of Johnson, and had also served during the latter’s time as mayor of London. Doyle is a seasoned journalist who previously worked at the Daily Mail and the Press Association. In December of last year, it was revealed that he had breached coronavirus lockdown restrictions by attending a Downing Street party on 18 December 2020. Whilst resigning for reasons unrelated to Mirza, Doyle noted that “recent weeks have taken a terrible toll on my family life”. [8]

As for Munira Mirza, in her strongly worded resignation letter, she stated:

“You are aware of the reason for my decision: I believe it was wrong for you to imply this week that Keir Starmer was personally responsible for allowing Jimmy Savile to escape justice. There was no fair basis for that assertion. This was not the usual cut and thrust of politics; it was an inappropriate and partisan reference to a horrendous case of child sexual abuse. You tried to clarify your position today but, despite my urging, you did not apologise for the misleading impression you gave.” [7]

Unsurprisingly, the chancellor Rishi Sunak has taken the opportunity to create space between himself and Johnson for the latter’s unfounded remarks, suggesting to reporters who quizzed him on the matter: “Being honest, I wouldn’t have said it.” Boris Johnson is likely feeling pressure from all sides, particularly as colleagues such as Sunak and others eye a potential leadership bid in the coming weeks and months. [7]