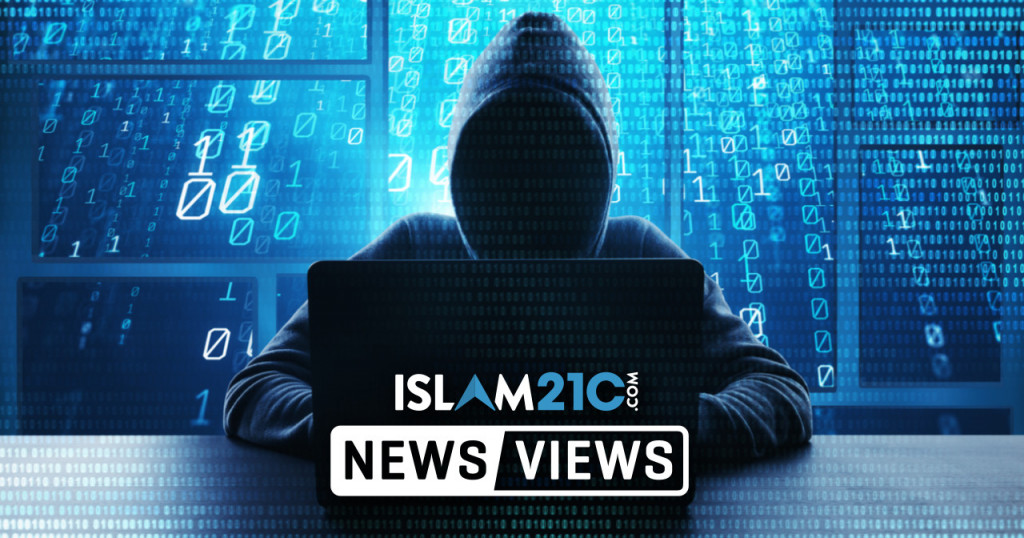 Who is Danny / Shutterstock

A twisted Indian smartphone application has been exposed for stealing the pictures of prominent Muslim women from the social media platform Twitter and then ‘advertising’ them online. More than 80 women have been adversely affected in this latest round of blatant Islamophobia against the third largest Muslim population in the world. [1] [2]

Filed an FIR.
I’m resolute and firm in getting these cowards to pay for what they have done.
These repeat offences will not be taken sitting down.
Do your worse. I will do mine.
I am a non-political account targeted because of my religion and gender.#sullideals pic.twitter.com/mvt20VWPqp

One of the affected victims was 25-year-old poet and activist Nabiya Khan. She described how she felt upon learning of the unsolicited and illegal online usage of her photos and name:

“My first emotion was one of powerlessness. I wondered why these men viewed me, viewed us as an object which could be auctioned off.” [1]

The short-lived and so-called “Sulli Deals” application was created by unknown figures. It employed the use of the pejorative term “sulli”, which is commonly used in India by rightwing Hindus as a reference to Muslim women. It was swiftly shut down by the open-source platform GitHub after campaigners and women were horrified to see their pictures being placed on the landing page of the application. Pictures would be elaborately presented with the caption “sulli deal of the day”, which is without any doubt a hint to perverse sexual behaviour to the uppermost degree. The application’s motto bragged of its communal roots, as it claimed to be a “community driven, open-source project”. [3]

Issued Notice to Police on a very serious matter of cyber crime where pictures of several Muslim women were displayed online without their consent and termed as ‘Sulli Deal of the day’. FIR should be registered and strong action should be taken. #SulliDeals pic.twitter.com/MyvKGTsvJ1

Delhi Police’s Cyber Crime Cell, a specialised unit that “handles all complex and sensitive cases of cyber crime including those in which victims are women and children”, will play a prominent role in identifying the perpetrators. It has already submitted a Freedom of Information Request (FIR) in order to pursue the actors behind the nefarious application. [5] [6]

In a statement given by a senior Delhi Police official to India Today TV, it was confirmed that the FIR had been registered. Furthermore, GitHub has already been ordered to cooperate with the authorities and provide information.

“Acting on a complaint received on National Cybercrime Reporting Portal regarding Sulli Deals Mobile Application, an FIR under section 354-A (Assault or criminal force to woman with intent to outrage her modesty) of the Indian Penal Code has been registered by the Cyber Crime Unit and investigation has started.” [6]

Another young woman who had her pictures posted on the sickening application was a 22-year-old calling herself Abeeda, who out of fear of reprisals assumed a pseudonym when speaking to reporters. A graduate of the respected Jamia Millia Islamia University, she expressed her apprehension that the trauma has left a permanent mark in her ability to engage in social media platforms such as Twitter.

“Seeing myself there as someone’s ‘Sulli Deal of the day’ was traumatizing and humiliating. I don’t know if I will ever feel the dignity needed to put up a picture of myself on Twitter again.” [1]

In recent years, there has been an alarming rise in anti-Muslim hatred in the former British colony. What has aggravated the matter is that Narendra Modi’s Bharatiya Janata Party (BJP) has exerted no efforts to tackle these systemic problems. In fact, many commentators have argued that he is further exacerbating and fuelling the prejudices in play. As a result of this, many Indian Muslims have held demonstrations, calling Modi the “face of Indian terrorism”. In addition, over a thousand people signed a Change.org petition in 2019 requesting that Modi be declared a terrorist. [8]

What is more, it is not just Indian Muslims who are expressing their concerns with the current ruling regime. Sikhs in the South Asian nation are also being persecuted for their faith. During the revolutionary and ongoing Indian farmers’ protest, the Punjab Congress has argued that the BJP government has been inciting hatred against Sikhs in order to discredit the movement. [9]

“We are all watching how the harmony among Sikhs, Hindus and dalits is being disrupted by BJP during the farmers movement. BJP sent goons in the guise of ‘locals’ to attack farmers and police colluded with them. But later a farmer was arrested by the police.” [9]

Pathak also noted that attempts to sabotage the protest will not succeed:

“People are not fools that you will easily make a Hindu-Sikh issue and separate it from the original withdrawal of agricultural laws. The fight is between the descendants of freedom fighters and the descendants of those who apologized to the British. I can assure that Hindus or Sikhs or dalits of Punjab would give befitting reply to these nefarious designs. The issue is not just about Sikhs or farmers, it is related to all communities and sections of Punjab and India.” [9]

As noted, the “Sulli Deals” application has been deleted by GitHub, but the root causes behind the creation of such a program in the first place are yet to be resolved. There is genuine apprehension with such an application, as professional Muslim women were targeted by the as yet unknown perpetrators. While no such “auctions” actually took place on the website, the degradation and humiliation of Muslim women in India is appalling and must be stopped.

The ultranationalist Modi and his Bharatiya Janata Party are wreaking havoc upon Muslims and other minorities. In addition to espousing the “Gujarat model” of high economic growth based upon private-sector manufacturing, Modi has also overseen a push in boosting Hindu support for the BJP. This has been achieved by needlessly creating an enemy out of Muslims, and justifying the use of violence to increase BJP support in areas where they are most electorally prone to competition.

Modi has also been responsible for passing shameless anti-Muslim laws in recent years, with the Citizenship Amendment Act (CAA) being a foremost example. The law, which goes against the non-discriminatory spirit of India’s constitution, allows immigrants of Hindu, Buddhist, Christian, Sikh, Jain, or Parsi religious backgrounds to legally apply for Indian citizenship. Any of the aforementioned religious minorities from the countries of Bangladesh, Pakistan, and Afghanistan who entered India before 2015 are eligible to apply for citizenship. However, the statute ensures that any Muslims who attempt to emigrate from the aforesaid nations will be ineligible. [10]

In addition to the CAA’s negative impact on how Muslims are viewed in India, in recent years Muslims and Dalits (people belonging to the lowest caste in India, who are often referred to as “untouchables” due to their social rank) have been lynched by extremist Hindus. This is often done with the supposed justification of protecting cows, which are deemed sacred by the majority of Hindus. [11]