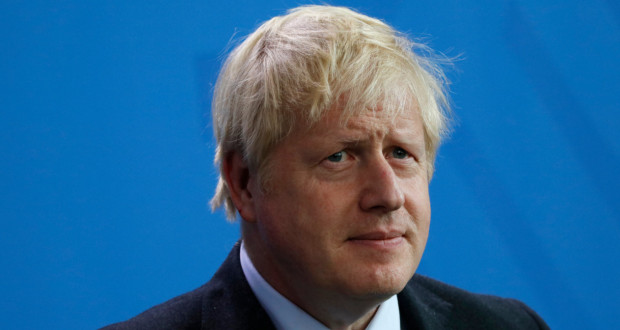 PM Johnson has overlooked Islamophobia letter for one year

A critical report released by The Independent reveals that British Prime Minister Boris Johnson has yet to respond to a November 2020 letter regarding Islamophobia. The message was written by Afzal Khan MP, the member for Manchester Gorton and Shadow Deputy Leader of the House of Commons. The one-year (and counting) delay in Johnson’s response has landed the Conservative leader in hot water, as Khan accused him of ignoring the letter, which raised concerns around Islamophobia. In strong words, Khan has said Johnson’s indifference to the matter is an “insult to British Muslims”. An independent report released in May found Islamophobia to be rife in the Conservative party. At the time, the Singh report dramatically noted that “two-thirds of all incidents reported to the complaints database at Party headquarters (“CCHQ”), related to allegations of anti-Muslim discrimination”. [1] [2]

On Monday, Afzal Khan – who is a member of the All-Party Parliamentary Group (APPG) on British Muslims – raised a point of order in the Commons. He called out the Prime Minister for his “unacceptable” attitude towards the Islamophobia letter. In addition to noting the beginning of Islamophobia Awareness Month (IAM), Khan told the House of Commons:

“This time last year to mark this month, I wrote to the prime minister raising concerns over Islamophobia, urging him to better safeguard British Muslims and to fulfil his promise to carry out an independent investigation into his party.

“A year on, the prime minister has still not responded. This is wholly unacceptable and an insult to British Muslims.” [1]

The annual IAM has been observed since 2012, when the Muslim not-for-profit body Muslim Engagement and Development (MEND) and other British organisations sought to “deconstruct and challenge the stereotypes about Islam and Muslims”. Impressively, IAM has the backing of local government officials, mosques, schools, Police and Crime Commissioners (PCC), as well as official media channels. A debate commemorating the 2021 edition of IAM is set to be held in the historic Westminster Hall on Tuesday. [3]

The 2020 letter, penned by the member for Manchester Gorton, was one in which Khan highlighted “disgraceful racism” towards Muslims. This came after the government announced a snap lockdown on the eve of Eid al-Adha. The development left many families unable to celebrate the special occasion with loved ones, and caused considerable anger amongst Muslim voters. Moreover, Khan noted that the lockdown contributed to a “false, far-right narrative that British Muslims are ‘spreading corona’”. As Khan stated in his letter:

“As prime minister it is your duty to protect and safeguard all communities. However, I am disappointed, if not surprised, at the inaction of this government in tackling the issue of Islamophobia, which is clearly growing.” [1]

Sir Lindsay Hoyle, Speaker of the House of Commons, gave a general warning to members in the chamber following Khan’s point of order on Monday. After noting that questions from MPs require responses in a “timely way” by Downing Street, Sir Lindsay added:

Boris Johnson is no stranger to Islamophobic remarks. In his Daily Telegraph column in August 2018, the former foreign secretary characterised Muslims who wear the niqab as “bank robbers”, and compared them to “letterboxes” in appearance. He was later forced to retract his statement and apologised to Muslim women on national television. [4]