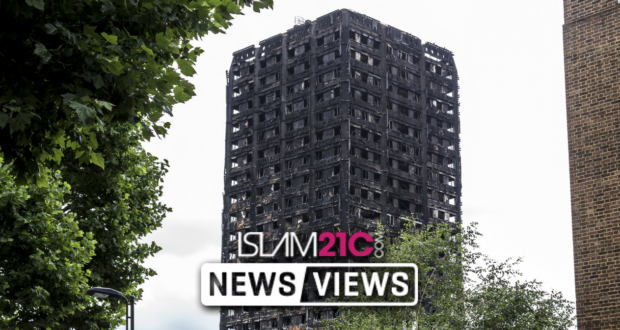 Officers investigating the Grenfell Tower tragedy have concluded that there are “reasonable grounds” to suspect Royal Borough of Kensington and Chelsea and the council’s Tenant Management Organisation (TMO) may have committed corporate manslaughter.[1]

Senior members of both the local council and TMO will be interviewed under the Corporate Manslaughter and Corporate Homicide Act 2007 police confirmed in a letter to local residents. Of note is that the legislation does not allow for the arrest of any individual.

It has long been claimed that residents of Grenfell alerted the TMO over concerns of fire safety in the block years before the catastrophic blaze took place. According to residents these concerns were dismissed and left uninvestigated.

This case is of particular interest because of the many TMO’s operating in the UK with whom tenants often find themselves in disputes over issues relating to health and safety.[2]

In the event that any parties are found to have committed corporate manslaughter, this would have far reaching and structural effects on the way TMO’s operate and in the way social housing is administered and maintained in the country.

It is important to note, however, that this is the first step in the long and precarious road to justice for the victims and survivors. It is by no means certain that a conviction will be secured and an incredible amount of evidence gathering will need to take place, running concurrently with Sir Martin Moore-Bick’s public inquiry.[3]

At its heart, Grenfell is a tale of a community who felt marginalised and unheard, simply by virtue of the fact that they were tenants in social housing. This directly led to the greatest loss of lives in a fire in the UK, during peacetime.

The progress finally being made in the criminal justice sphere raises hope that substantial action will be taken to secure some belated form of justice.

In the direct aftermath of the tragedy, prominent Muslim scholars including Sheikh (Dr) Haitham al-Haddad attended to the victims in solidarity. At the time, Sheikh Haitham commented:

“Shame on the authorities who did not take proper steps to prevent something like this from happening.”[4]

It seems, over a year on, the criminal investigation is making some progress in looking at the culprits behind the unholy tragedy.

2018-07-30
Dr Izzadeen Chowdhury
Previous: In memory of a founding father of the Irish Muslim community – Dr Yusuf Vaizie
Next: Whilst the Establishment are away, people power takes a lead on Brexit