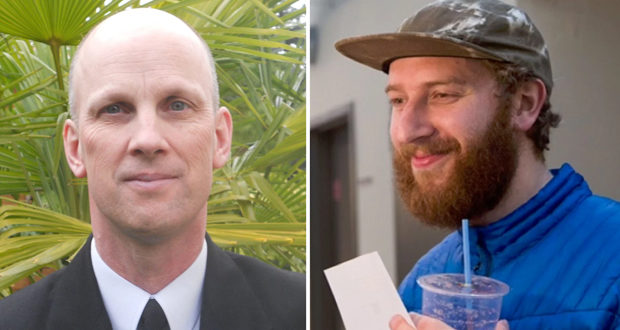 I was saddened to read of the deaths of the two brave men in Portland, USA who were killed protecting a Muslim teen who was being abused and harassed by Jeremy Joseph Christian, who was hurling abuse at the young Muslim woman. The killer was heard saying: “Muslims should die” and repeating right-wing Islamophobic myths that “they’ve been killing Christians for years.”[1]

The two men who died, were no doubt heroes, whose names were Taliesin Myrddin Namkai-Meche and Ricky John Best.[2] It was called a ‘terrorist attack’ by witnesses,[3] which the mainstream media has not reported it as, likely due to the ethnicity of the perpetrator as it standard practice.

Mutʿim was not a Muslim himself, but the Prophet knew that Mutʿim was a man of principle and ethics. He stood for the well-being of Muslims during the boycott period. Others refused but Mutʿim agreed to provide the Prophet Muhammad (peace and blessings be upon him) protection. The Prophet then walked right into Makkah, flanked from all sides by Mutʿim and his sons, all carrying weapons to shield him from all harm. They guarded him while he prayed at the Ka’bah forming a semi-circle around him, all with their hands on their swords, ready to draw at anytime. After he prayed, they escorted him home.

Years later, after the Battle of Badr, the victorious Muslims had captured many prisoners of war from the Quraysh. Remembering Mutʿim, the Prophet Muhammad (peace and blessings be upon him) said:

“If Muʿtim b. ʿAdi were living today and had asked me for the release of these evil people, then I would have given them to him.”[4]

That is how much respect the Prophet had for Mutʿim b. ʿAdi. We too should hold these two individuals in high regard for their bravery and noble act.

This also highlights just how ludicrous it was for Muslim leaders to openly welcome Trump who has emboldened the far right Islamophobes in America such that Muslims are being attacked openly as was the case with this incident.

Furthermore, the brave actions of these individuals should also serve as an example to Muslims to be brave, steadfast and remain firm against all forms of injustice. Those who should take particular note are those Muslims who live in so much fear, that it leads them to aiding oppression against their own community by harassing Muslims through draconian and discriminatory policies such as PREVENT.

I hope Muslim groups in the US will donate towards the collections for their families, for whom more than $600,000 has already been raised.[5]

Previous: Outrage over Douglas Murray’s anti-Muslim sermon on BBC Sunday Politics
Next: Are you breaking your fasts with stolen dates?