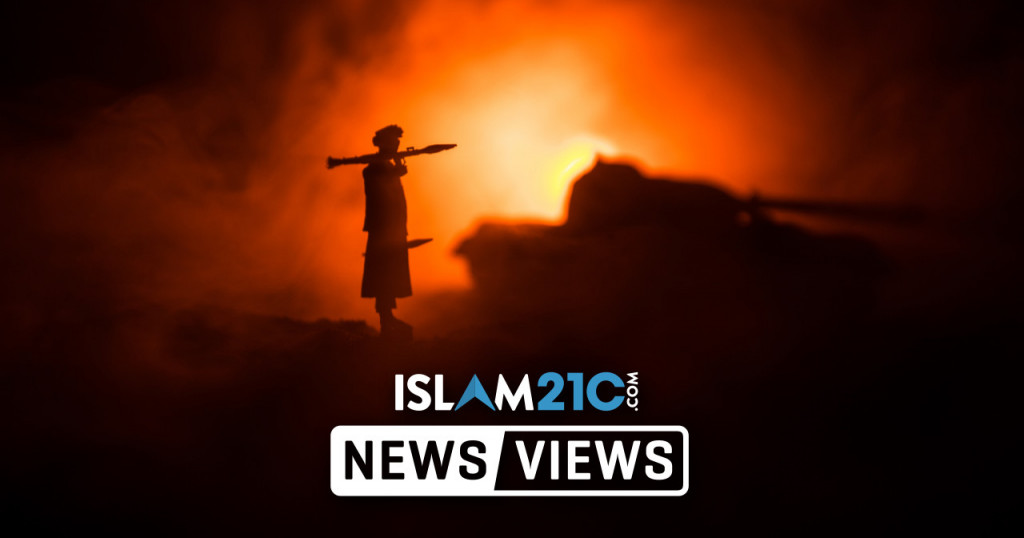 In the aftermath of the hasty withdrawal of American troops from the Afghan airbase of Bagram earlier this month, the prospect of yet another civil war in the country is becoming increasingly stronger with the passage of time. US forces reportedly slipped away from the base in the dead of night, switching off the electricity and leaving without even informing the base’s incoming Afghan commander of their departure. He only became informed of the withdrawal more than two hours later, after US forces had already fully vacated the compound. [1] [2]

“We (heard) some rumor that the Americans had left Bagram…and finally by seven o’clock in the morning, we understood that it was confirmed that they had already left Bagram.” [2]

An #Afghan soldier said the #US, after quietly leaving #Bagram airfield in the dead of night, called from the Kabul airport and said “we are here at the airport in Kabul.” @AP https://t.co/L1iy2nb8Id

On the same day that the bulk of US troops retreated from Afghanistan, all NATO soldiers followed in quick succession. There now remains a small yet sizeable number of troops stationed in Kabul, whose purpose is to protect the city’s international airport and secure the US embassy. Responsibility of the airport’s protection, however, currently falls in Turkish hands.

Nevertheless, there is grave concern amongst Afghans that history may repeat itself. There are fears that just like in the case of the last civil war in the mountainous landlocked state – whose name literally translates to the ‘Land of the Afghans’ – there will be further bloodshed and devastation of infrastructure if a new full blown conflict erupts. The last internal war in Afghanistan took place when the Soviets made a deeply embarrassing exit from the country in 1989, after abjectly failing during their nine-year invasion to keep the nation subservient to the USSR’s political will.

Thousands of Afghans are lining up to get new passports as they fear their country could be heading toward civil war. pic.twitter.com/35ePLO0Pam

In addition to the worries of the Afghan people, United States Army General Austin S. Miller also expressed concerns that internal strife could be on the horizon. He told reporters last Tuesday that there can no longer be any doubt that a threat of civil war is looming:

“A civil war is certainly a path that can be visualized if this continues on the trajectory it’s on right now, that should be of concern to the world.” [1]

Furthermore, across the Atlantic former MI6 chief Sir Alex Younger echoed Miller’s assessment. He has also expressed alarm that the hasty US withdrawal may spur the possibility of a civil war. Younger made the following observations in his first television interview with Sky News:

“I’ve talked about the significance of the date of 9/11, 2001. I think the other, very significant date is 16 February 1989, which is when the Russians left Afghanistan. What the West then did is turn their back on that country with all of the consequences that I’ve laid out. And I think, for the reasons that you’re talking about, it would be an enormous mistake for us to do that again.” [3]

The former Chief of the Secret Intelligence Service also added the following word of caution:

“The reality is that there are groups there, we’ve been very successful in disrupting both Daesh (Islamic State) and al Qaeda. They’re on the back foot. But it would be wrong, patently, to claim that they have gone away. And they have the capacity to regenerate.” [3]

The Soviet-Afghan War was one among many proxy conflicts that occurred between the United States and USSR during the decades-long Cold War, which started in 1945. Political conflict began in Afghanistan in 1979, a year after the Marxist-Leninist People’s Democratic Party of Afghanistan instigated a bloody coup. The new ruling party was responsible for implementing a number of vastly unpopular reforms. After the party faced resistance from various sectors of society, the USSR sent troops to bolster the newly installed government. The conflict raged for nine years, and according to conservative estimates, casualties reached at least half a million. There are even higher estimates which state that approximately two million Afghans lost their lives during the invasion. Millions more fled to neighbouring Pakistan and Iran. The lengthy conflict is generally said to have been a contributing factor in the decline and ultimate demise of the Soviet Union. [4]

Fast-forward to the turn of the millennium, where the United States now becomes the invader. The United States had been a key ally of Afghanistan during the nine-year Soviet-Afghan War, backing the Mujahideen in their fight against the invaders. However, it suddenly made a complete U-turn vis-à-vis Afghanistan and ended up becoming its enemy for the next twenty years. Blaming the Taliban for being complicit in the tragic events of 9/11 and for allegedly providing safe passage for al-Qaeda members, then President George Bush Jr. took the decision to invade Afghanistan. This decision was what started a war which failed to achieve any strategic gains, despite lasting for two decades. The decision has arguably led the world no closer to a reduction in ‘terrorism’, nor has it allowed Afghans to heal after facing several bitter decades of turmoil.

Russia’s leadership does not seem to have learnt any lessons from its humiliating exit of 1989. On Monday, Deputy Foreign Minister Andrei Rudenko reiterated a pledge made by Russian President Vladimir Putin to Afghanistan’s neighbour Tajikistan. In summary, Moscow is prepared to provide military backing to its former Soviet republic in order to protect its border with Afghanistan. In recent days, Russia has been carrying out aerial training exercises in Tajikistan, even firing air-to-surface missiles on a number of targets. On Monday, Tajikistan’s President Emomali Rakhmon mobilised 20,000 troops to strengthen the Afghan-Tajik border, after around a thousand Afghan security personnel crossed the border to evade rapid Taliban advances made in the north. [5]

While making his offer of military support, Rudenko shared with the Tajik leader the following statistic:

“The situation there is rather tense because according to some sources, up to 70% of the Tajik-Afghan border is now controlled by the Taliban.” [5]

The situation in Afghanistan remains highly volatile, and it appears evident that the United States’ two-decade-long expedition in the Central Asian nation has not made the world a safer place. The bold promises and predictions made by Bush Jr., the British, and other European allies when launching Operation Enduring Freedom in September 2001 never materialised.

Carter Malkasian, formerly a senior military adviser to General Joseph Dunford, who from 2015 to 2019 was the Chairman of the Joint Chiefs of Staff, provided a simple yet astute summary of what differentiates the Taliban from the Afghan state security forces. In a piece for POLITICO, he recounted how a Taliban scholar from Kandahar made the following memorable statement to him in 2019: