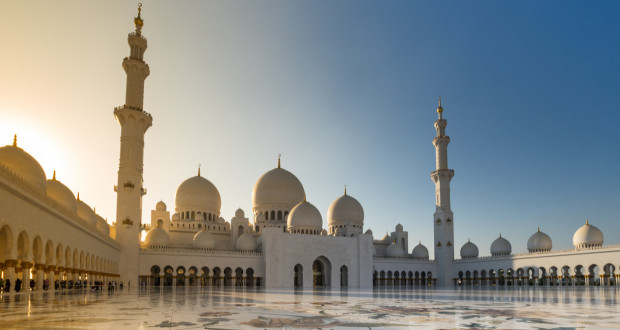 At an international conference that took place this week in Ithra, Saudi Arabia, participants released figures which demonstrate that the number of mosques around the globe is currently dwarfed by the Muslim population. Indeed, analysis has shown that there are roughly 3.6 million mosques in the world, whereas the total Muslim population is estimated to be an incredible 1.8 billion-strong. Thus, in taking a simplified view, a straight calculation splits the world’s current Muslim community into 500 worshippers per site. This is undoubtedly an idealistic and generous figure, even more so when considering the situation of a number of countries where existing masājid are already at maximum capacity, and struggling to accommodate the total number of Muslims. As a result, there is a clear basis to push for greater investment in the establishment of mosques. [1]

Indeed, the construction of masājid is one of the greatest acts that we can engage and participate in. Nations such as France and Italy have a severe shortage of masājid for their respective Muslim populations. There are only around 2,300 such sites in France, which serve more than seven million worshippers. Italy officially registers a grand total of eight mosques in the entire country. [2]

“Whoever builds a mosque, Allah will build for him something like it in Paradise.” [3]

The world’s Muslim population is expected to rise to nearly 3 billion by 2060, with major demographic shifts occurring in countries with the largest numbers of followers of Islam. Research by the Pew Research Center predicts that by 2060, India will replace Indonesia as the country with the biggest Muslim population, despite Islam remaining a minority religion there. Furthermore, countries currently with the largest numbers of Christians are set to change as Russia, China, and Germany continue a declining trend in such numbers. In 2015, the aforementioned nations were respectively ranked 4th, 8th, and 10th in countries with the largest Christian populations. [4]

Building mosques is certainly one of the best investments that a believer can make while on this Earth. At the same time, however, there is also a pressing need for the regular maintenance of the same houses of Allah. It is therefore imperative that we continue to donate generously to our masājid near and far, in the aim of keeping the electricity flowing in order that prayers be heard, as well as keeping water running, so that visitors of the mosques may perform ablution prior to prayer and reflection.

It is reported that ʿAmr b. Maymūn رضي الله عنه said, “The Companions of Allah’s Messenger ﷺ used to say:

‘The mosques are the houses of Allah on Earth, and it is a right from Allah that He will honour those who visit Him in [His houses].’” [5]

Many of us may find ourselves lacking when it comes to financially supporting our masājid, whether in the case of new or existing sites. However, we should not underestimate the worth of giving even the smallest amount to such a cause. In fact, the reward of giving even a single penny in charity may be multiplied manifold, to the extent that it may weigh particularly heavy on our scale of deeds during the Day of Judgment.

“Whoever builds a mosque for the sake of Allah, like a sparrow’s nest or even smaller, Allah will build for him a house in Paradise.” [6]

Though there is always room to build more masājid, there is also the issue of places such as East Turkestan, where the occupying Chinese government is rapidly demolishing mosques. While we support the development and maintenance of new and existing mosques, it is important that we also take action to protect those that are at risk of demolition.