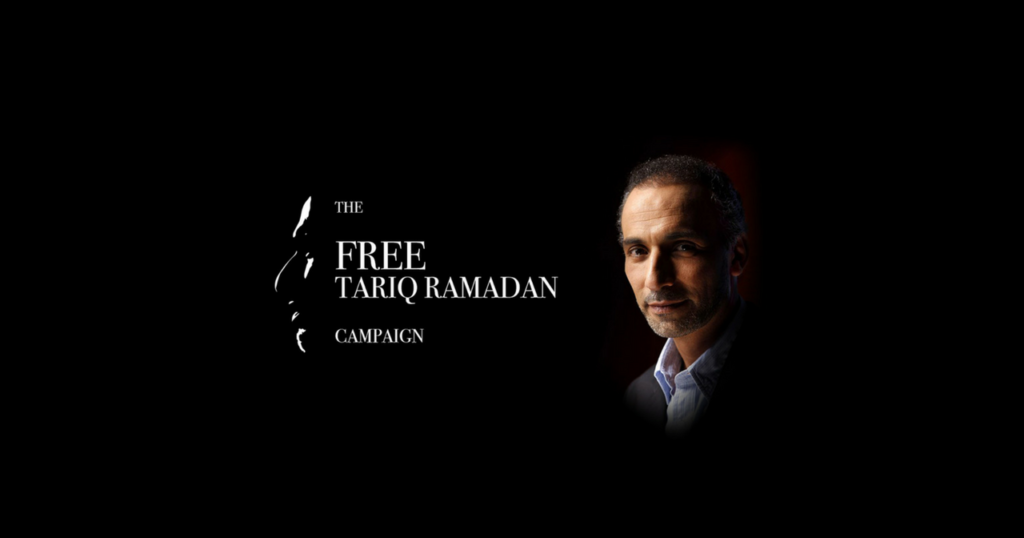 The following is a Press Release and Open Letter sent by the Free Tariq Ramadan Campaign:

Respected Oxford University Professor and public intellectual Tariq Ramadan has been held in preventative detention in a French prison and denied bail following allegations of rape to which he vehemently denies.

Incarcerated for over four months, Tariq Ramadan has been denied appropriate treatment for a serious pre-existing medical condition and denied access to his full legal file.

French magistrates appeared to ignore the diagnoses of nine physicians that Professor Ramadan suffers from Multiple Sclerosis, including the chief prison medical authority, who confirmed that his state of health is not compatible with continued incarceration.

“We wish to remind the country that affirmed the inalienability of human rights and equality, the importance of respecting principles that ensure the integrity of French justice.”

The letter also expresses deep concern with the inhuman treatment that Tariq Ramadan has been subject to at the hands of French justice.

The signatories conclude by asking, “We ask our French friends: should it truly come to this?

See the full letter and signatories below.

OPEN LETTER: A WORLDWIDE APPEAL FOR DUE PROCESS FOR TARIQ RAMADAN

A Worldwide Appeal for Due Process for Tariq Ramadan. After four months of pre-trial detention, Tariq Ramadan’s last appeal for bail has again been denied.

As scholars and politicians from around the world, we write to demand due process for Professor Tariq Ramadan, incarcerated since February 2nd in a French prison.

It is not for us to judge Tariq Ramadan’s guilt or innocence. We fully recognize the rights of the plaintiffs to have their case heard without prejudice and without injury to their honour. But we wish to remind the country that has affirmed the inalienability of human rights and equality of the importance of respect for the principles that ensure the integrity of French justice.

We ask: Why has Mr. Ramadan been denied bail at the preliminary investigative stage although he willingly came for questioning and has given all required guarantees?

Has Mr. Ramadan been granted the equal treatment so prized by France when high-ranking political figures accused of similar offenses continue to enjoy full freedom of movement?

Is there one form of justice for Muslims in France and another for everyone else?

What justifies solitary confinement, limited family visitation rights, the denial of access to his case file and thus to the necessary means of preparing his defense?

Can prosecutors selectively leak information with impunity? Is it standard procedure in France for high-ranking political figures to publicly denigrate someone awaiting a trial?

In short, we respectfully ask, has Mr. Ramadan benefitted from a fair and equitable legal process, one in which he is presumed innocent until proven guilty?

These are straightforward questions of equal justice. To them we add deep concern for the dignity and humane treatment of all prisoners.

French magistrates have appeared to ignore the diagnoses of nine physicians that Mr. Ramadan suffers from multiple sclerosis, including the chief prison medical authority, who confirmed that his state of health is not compatible with continued incarceration.

Even though Mr. Ramadan suffers from multiple sclerosis and further neurological complications, proper medical treatment has not been provided.

We understand that the defense has appealed to the European Court of Human Rights against undue suffering he has undergone at the hands of the French justice.

We ask our French friends: should it truly come to this?

We, the signatories of this letter, endorse France’s commitment to uphold the values of liberté, égalité et fraternité threatened today around the world.

We trust that your response to our appeal will prove these sentiments to be well placed.

Alexander Fluegel, The Hague, The Netherlands

Defenders of Due Process for Tariq Ramadan (DDPTR), an international coalition, calling for full respect of judicial norms and established procedures in the Tariq Ramadan case.