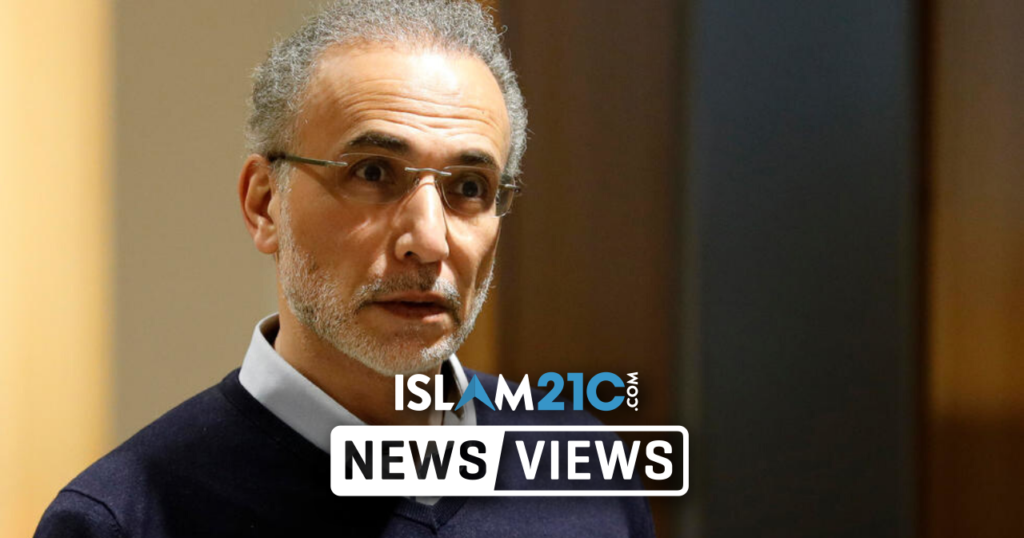 Professor Tariq Ramadan has hit back at the French state apparatus by accusing it of ignoring the Criminal Division’s investigations and neglecting “the all too obvious evidence of the plaintiffs’ multiple lies”. [1]

Prof. Ramadan, a prominent academic followed by millions across the world, was arrested in February 2018 following accusations of rape.

Since the accusations, several reports have revealed the political underpinnings of the ongoing case. A Criminal Brigade has “clearly proven” the innocence of Prof. Ramadan, adding that the allegations were politically inspired. [2]

Prof. Ramadan was taken into custody in February 2018 having attended voluntary questioning. He was subsequently held for over nine months and was hospitalised during his detention. [3]

In November 2018, Prof. Ramadan was released on bail following a court hearing in front of an appeal judge in France. [4]

On Thursday, Prof. Ramadan appeared before investigating magistrates in Paris, where more charges were added in relation to the two women who accused him. His lawyer, Emmanuel Marsigny, stated: [5]

“There is a desire to pursue Tariq Ramadan at all costs and against the evidence.”

“This case is becoming grotesque.”

In a statement on social media, Prof. Ramadan said that the investigation is a “scandal” and that important evidence was ignored. He stated:

“Everything is clear. My case is void of any crime or rape. The investigating judges, Camille Guillermet, Camille Palluel and Cyril Paquaux, investigate the case exclusively to incriminate the defendant, ignore the Criminal Division’s investigations, neglect the all too obvious evidence of the plaintiffs’ multiple lies, and protect the numerous people cited in the file proving that this is a trap.”

“None of these people have been interrogated to date. This investigation is A SCANDAL.”

“Several articles, reports and memos have already exposed the names of these three judges, who operate under influence (“under the grip of”) as well as their methods, and have been submitted to the highest levels of the French, European and international institutions.”

Prof. Ramadan also called on people to honour their commitment to truth, justice, and freedom regardless of their opinion of him by reading “the information posted concerning this masquerade of justice and to SHARE it as widely as possible on the Net”.

“I do not expect you to be judges or lawyers, but just free human beings who reject injustice and political manipulation. Mainstream media outlets are serving ideological, economic and political interests. We have this window of opportunity where social networks and EVERYONE can help make the truth be heard. You are close to three million here (Facebook and Twitter): behind your screen, you can act.”

“Behind your screen, I just ask you to be patient, fair and actively show your solidarity. The first mark of your human fraternity, your conscience and your courage – even if the fraternity may have wavered – is to READ, to INVITE TO READ and to SHARE the information concerning this affair while the classical media systematically ignore it. At least have the courage to do this. No more, but no less, please. Let it be your promise as much as your duty.”

“Don’t forget to tell those you love, that you love them. Life is fragile, and our faith is solid.”

“We ask Allāh (subḥānahu wa taʿālā) to grant Prof. Tariq Ramadan and all those that have been treated unjustly good health and complete recovery, and that He brings about much greater good for them in this world and the next. We also encourage our brothers and sisters to continue their support for Prof. Tariq and keep asking Allāh for a speedy recovery and justice for him and all Muslims.”

Prof. Tariq Ramadan spoke about his ordeal in more detail in an Islam21c podcast.

In October 2017, Henda Ayari, a 41-year-old feminist and secularist activist, accused Prof. Ramadan of sexually assaulting her in Paris in 2012. Another accusation followed suit in the same month from an unknown 40-year-old with the alias ‘Christelle’, who claimed that Prof. Ramadan did the same in the south-eastern city of Lyon in 2009. [6]

However, the accusations were followed by changed stories, “missed” evidence, and later stories close to collapsing. [7] [8] [9]

Questions continued to be asked about the arrest and subsequent treatment of the prominent Muslim scholar, who was hospitalised during his detention. [10]

Reports emerged that Prof. Ramadan’s health continued to deteriorate as a result of multiple sclerosis and neuropathy. Despite medical examinations and multiple physicians confirming that his health condition was incompatible with detention, [11] the French authorities held him under solitary confinement and initially denied him visitation rights for the first 45 days. [12]

The case against Prof. Ramadan has thus far been littered with controversy and an alarming disregard for standard protocol. In the days following his detention, it was revealed that key evidence was “missed” by prosecution that showed that Prof. Ramadan was travelling at the time of one of the alleged crimes. [13]

Following his arrest, there has been a smear campaign by media outlets who have erroneously accepted these false accusations without conducting any independent investigations.

Reckless commentators have nonetheless fed their narratives on an unconfirmed allegation made by a self-labelled ‘secular liberal activist’ who associates her ‘freedom’ with the removal of the hijab and many other normative and widespread Muslim customs she dubs ‘Salafism’. [14]

Many Islamophobic mouthpieces have launched smear campaigns against Prof. Ramadan, including attempts at deriding his ancestry to the founder of the Muslim Brotherhood, Hassan al-Banna (rahimahu Allāh). These media outlets include Al Arabiya, Al Jazeera’s desperate rival, owned by oligarchs who recently listed the Muslim Brotherhood as a terrorist organisation.

To read the full statement by Prof. Ramadan click here.

We ask Allāh (subḥānahu wa taʿālā) to grant Prof. Ramadan and all those that have been treated unjustly good health and complete recovery, and that He brings about much greater good for them in this world and the next.