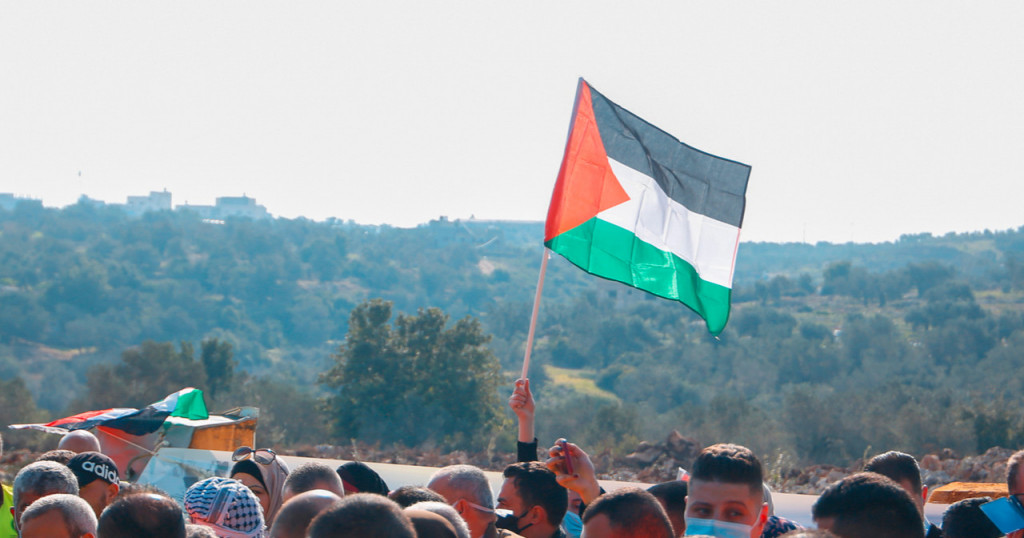 The celebrated Irish author Sally Rooney has rejected an Israeli company’s offer to translate her recent work entitled as Beautiful World, Where Are You? The noteworthy decision came as a result of her support of the Palestinian people.[1]

Rooney, whose previous work has been adapted for television programmes in the BBC, took the brave and principled position due to her support of the Boycott, Divestment, and Sanctions (BDS) movement. The BDS cause aims to “end international support for Israel’s oppression of the Palestinians and pressure Israel to comply with international law”.[2]

The author released a detailed statement regarding her decision, which reads: “Earlier this year, the international campaign group Human Rights Watch published a report entitled A Threshold Crossed: Israeli Authorities and the Crimes of Apartheid and Persecution. That report, coming on the heels of a similarly damning report by Israel’s most prominent human rights organisation B’Tselem, confirmed what Palestinian human rights groups have long been saying: Israel’s system of racial domination and segregation against Palestinians meets the definition of apartheid under international law.”

Ms Rooney was preceded by Alice Walker in declining to have her work translated into Hebrew. In 2012, Walker refused to allow her Pulitzer Prize-winning novel The Color Purple to be translated into Hebrew by an Israeli company. Walker, who was born in Georgia in 1944, commented by saying: “I grew up under American apartheid and this,” while adding that Israel’s apartheid of Palestinians “was far worse”.[3]

Other notable BDS-inspired boycotts include Ben and Jerry’s withdrawal, which recently decided to stop selling ice cream in the occupied territories.[4] In addition, Norway’s sovereign wealth fund has decided to divest away from companies associated with Israeli settlements.

Norway has the world’s biggest wealth fund, which currently stands at a value of 1.3 trillion dollars.[5] In May 2021, it excluded two companies due to their activities with Israeli settlements. The ethics committee of the fund said: “Israeli settlements in the West Bank have been built in violation of international law and…their existence and constant expansion causes significant harm and disadvantage to the area’s Palestinian population.”[6]

Shortly afterwards, in July of this year Norway’s largest pension fund KLP said that it would withdraw its investments in 16 companies – including Motorola – which have been linked to Israeli settlements in the occupied West Bank. KLP has an estimated 70 billion dollars’ worth of assets under management. When making the decision, it was noted that Motorola’s video security and software was used in border surveillance.[7]

In May of this year, Israeli forces stormed al-Aqsa mosque during the holiest nights of Ramadan. They subsequently killed dozens of children, often while they were seeking shelter under their kitchen tables or hiding in the arms of their parents to avoid the relentless aerial bombardment of Gaza. Many people across the globe, regardless of their religious convictions and political standpoints, were mobilised through a sense of moral outrage.

This indignation manifested itself through worldwide protests, Twitter tweets, and TikTok videos. Celebrities with significant influence immediately voiced their concerns. Among them were Naomi Klein, Nan Goldin, and Mykki Blanco, who joined Rooney in signing A Letter Against Apartheid. This statement formally called for “an immediate and unconditional cessation of Israeli violence against Palestinians”.

Roger Walters – the co-founder of Pink Floyd – and singer-song writer Patti Smith joined more than 600 musicians in signing an open letter early in 2019. This document encouraged artists to boycott performances at Israel’s cultural institutions to “support the Palestinian people and their human right to sovereignty and freedom”.

The Irish novelist has successfully had her previous two books published in Hebrew by Modan publishing house, an Israeli company. However, it seems that Israel’s recent assault on Gaza – in which dozens of children were killed and many more maimed – has pierced the conscience of this principled and talented millennial novelist.