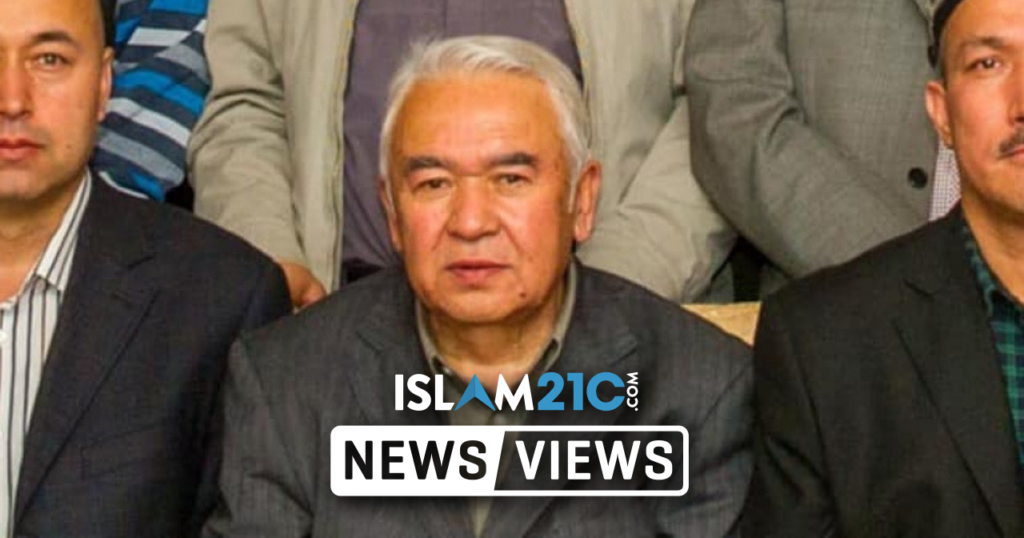 The ongoing plight of the Uyghur Muslims, whereby they are oppressed by the Chinese state and thrown into concentration camps, has seen the death of one of its prominent writers.

Nurmuhammad Tohti, a well-known writer in the Xinjiang province, was taken to the divisive camps after being picked up by state authorities from his home last year.

He joins the list of intellectuals who were taken for “re-education purposes”, a regime China has defended in order to mitigate the growing threat of ‘extremism’ in the country, according to officials.

His family, now living in exile in Canada, cannot confirm whether he was tortured and died inside the camp or later in home, due to fears that of the phone owned by the family in China being tapped into by officials.

However, the Uighur Times revealed that right after his detention, Tohti had a heart attack. The health condition was ignored by the concentration camp doctors for 70 days, leaving the well-known writer to die “slowly and in pain”. [1]

“When his body was brought home, his legs were still chained, informing much about the potential cause of his death: by the police brutality when he was very ill.” [1]

“We called grandmother [this week] to see if the news of my grandfather passing away that we saw on social media was true. My grandmother said he had passed way eleven days ago.”

“The truth is that they put a 70-year-old man, my grandfather, with diabetes and heart disease inside a concentration camp, and they cannot deny this.” [2]

Her phone call to her grandmother from a foreign land was questioned by Chinese authorities.

“What my grandmother did was simply answer a phone call from her family, telling them about the passing away of her husband. Why should that be scrutinized?” [2]

According to the most recent report by the Uyghur Human Rights Project, at least 386 intellectuals, including 101 students and 285 scholars, artists and journalists, have disappeared and been detained since early 2017. [3]

The report titled, Detained and Disappeared: Intellectuals Under Assault in the Uighur Homeland, has identified serious human-rights violations committed against university lecturers, working professionals, and other prominent individuals within the spheres of education, business, and religion.

To further bring an understanding to the psychology and mentality of the harsh treatment towards people of the Muslim faith, Henryk Szadziewski, a senior researcher of the Uyghur Human Rights Project and one of the authors of the report, said family members of these interned intellectuals living overseas have little, if any, information about the well-being or whereabouts of their loved ones.

Szadziewski further added that he believes China’s broader strategy and the manifestation of its murderous politics, is to ethnically cleanse the Uyghur Muslims, and erase them of their Islamic identity.

China’s camps and forceful deportation of its citizens has been criticised by international rights organisations and Western governments, condemning the government of depriving people of their basic human rights.

At the 30th anniversary of the Tiananmen Square protest, US Secretary of State, Mike Pompeo, said in a statement:

“Chinese citizens have been subjected to a new wave of abuses, especially in Xinjiang, where the Communist Party leadership is methodically attempting to strangle Uighur culture and stamp out the Islamic faith, including through the detention of more than 1 million members of Muslim minority groups.

Even as the party builds a powerful surveillance state, ordinary Chinese citizens continue to seek to exercise their human rights, organize independent unions, pursue justice through the legal system and simply express their views, for which many are punished, jailed and even tortured.”

May Allāh (subḥānahu wa taʿālā) alleviate the suffering of our brothers and sisters in China. Āmīn.