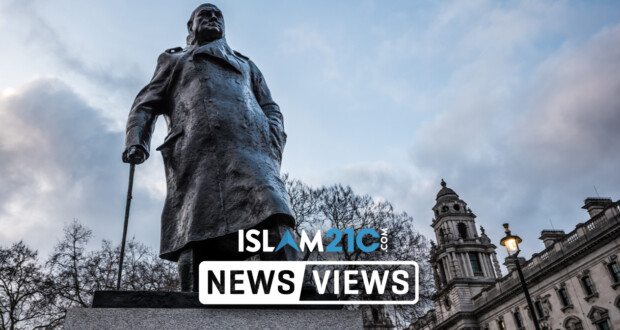 The City of London Corporation (CLC) has today launched a public consultation on the removal and relabelling of monuments with links to slavery.

A petition was submitted earlier this year to remove the statue of William Beckford, but this was rejected by Parliament because the removal of monuments falls under the remit of local authorities and private landlords.

The CLC, which runs the historical and financial City of London, launched the public consultation to ask for people’s views on “which landmarks they think are a problem and what action they would like to see taken.”

After the removal of the statue of the Bristol slave trader, Edward Colston, there have been nationwide calls to remove any monuments linked to Britain’s colonial past. The toppling of Colston’s statue took place in the midst of widespread anti-racism protests in June 2020.

Colston was well known for making his fortune from human suffering. Between 1672 and 1689, Colston’s ships transported around 80,000 men, women, and children from Africa to America. Colston was also deputy governor of the Royal African Company (RAC), which had a monopoly on slave trade.

The RAC was known for its nightmarish transportation, where hundreds were enslaved, shackled together, and forced to lay in filth and disease. An estimated 10-20% of them were murdered or committed suicide. Human suffering on this scale made Colston extremely wealthy, evidently making the people of Bristol outraged as they pulled down his statue with the words ‘Colston must fall.’

This demonstration in Bristol was one of many that took place around the world in the fight against racism, discrimination, and inequality that was sparked by the death of George Floyd, an unarmed Black man in the US.

Earlier this year, the statue of Leopold II was vandalised and removed in Antwerp, Belgium. Leopold forcefully seized Congo in the late 19th century and ran an exploitative regime full of vicious murders and torturing techniques, which resulted in the death of millions.

The CLC have set a three-month consultation, which is being promoted by its new Tackling Racism Taskforce, established in June in the midst of the Black Lives Matter protests. Andrien Meyers, co-chairman of the Taskforce, said:

“We know that historical symbols continue to have an impact today, and we want to understand how people feel about this aspect of our cultural history and whether such landmarks should be re-sited, reinterpreted or retained as they stand.”

The CLC are seeking views from across Britain on landmarks, plaques, statues, and street names, which will all be considered by an assigned committee.