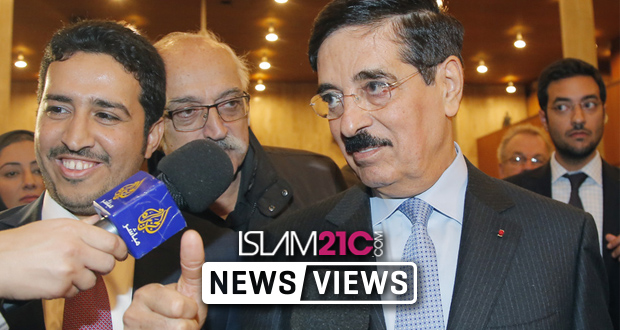 Several Arab states complicit in the siege on Qatar came together to vote against the UNESCO (UN Educational, Scientific and Cultural Organisation) Director-General candidate, Hamad bin Abdul Aziz al-Kuwari in the final round of the race.

Al-Kuwari passed the first and second rounds of the vote with 19 and 20 votes respectively, before drawing with French candidate Audrey Azoulay with 18 votes each. Al-Kuwari surpassed Azoulay in the fourth round, before losing in the final round to the French candidate with 28 votes to 30.[1] Saudi Arabia, the UAE, Bahrain and Egypt mobilised against the Qatari candidate. Ironically, Egypt’s foreign ministry demanded an inquiry into alleged “violations” during the voting when their candidate, Moushira Khattab lost the run-up to the final vote.

The impressive results for the Qatari candidate indicate the small nation’s significant political, diplomatic and academic presence in the international area. The country’s success is thought to have exacerbated representatives of those nations partaking in its siege.

Social media hobbyists in Egypt and the GCC rushed to gloat at Qatar falling short of winning, showing their indifference as to who wins instead, whilst overlooking its significant achievement representing the Arab world as a finalist. A win would have been the first time an Arab and Muslim headed UNESCO. Qatar’s candidate was expected to be pivotal in improving Arab and Islamic representation at the organisation, particular that of Palestine.

In what emphasised the conspiracy against Qatar’s candidate, one of the members of the Egyptian mission at UNESCO was filmed shouting at the top of his voice, “Down with Qatar! Long live France!” amidst dozens of attendees in what one activist described as “more shameless than the oldest days of pre-Islamic ignorance.”[2]

The academic Abdullah Mohammad al-Saleh, who observed the electoral race summarised his observations in the words:

“Hamad al-Kuwari won participation in the presidential race, Qatar won the honour of participating in the competition and the siege nations won some despicability.”[3]

The Qatari government extended its congratulations to France on Azoulay winning the post.[4]