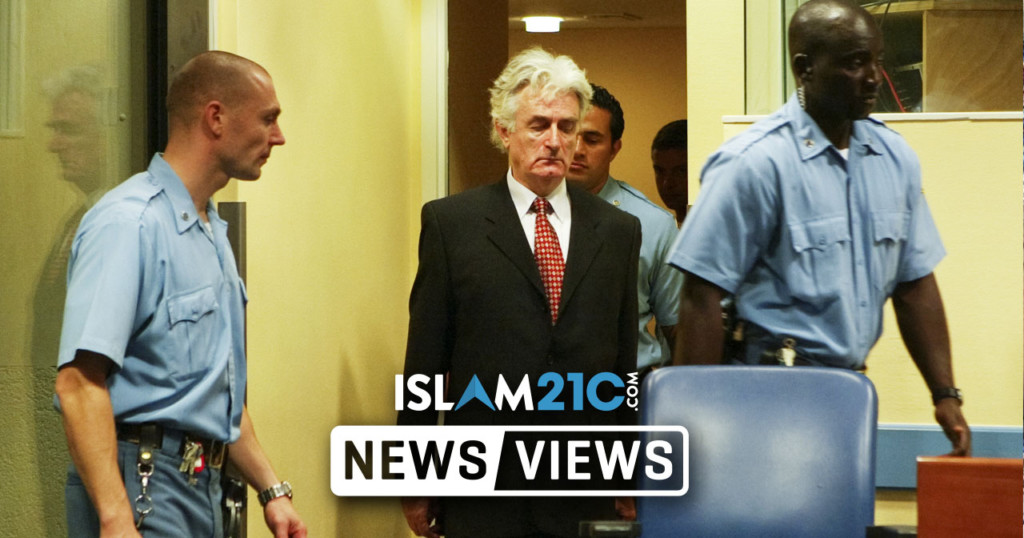 The former Serb leader is responsible for the Srebrenica genocide in which over 7,000 Muslims were massacred.

Radovan Karadžić, the former Serbian leader, has been sentenced to life in prison for his role in the mass killings of Muslim civilians during the war in Bosnia in 1995.

The UN-mandated court in the Hague, Netherlands, had changed the original 40-year jail term handed down in 2016 to life in prison and dismissed the war criminal’s appeals, arguing they were “mere disagreement” [1] with the conclusion of the sentence rather than valid legal objections.

The court had found Karadžić guilty of orchestrating Europe’s worst massacre of civilians since the end of the Second World War in which over 7,000 Muslim civilians were massacred in what is now known as the Srebrenica genocide.

Judge Vagn Prusse Joensen, one of the judges at the appeals court, said the former Serb leader had been in constant contact with Serb forces during the fall of Srebrenica and that Karadžić had signed an order four months earlier called ‘Directive 7’ that called for the conditions for the people of Srebrenica be made “unbearable with no hope of further survival.” [1]

During the violent collapse of Yugoslavia in 1992, Karadžić led Serb forces through Bosnia and committed a campaign of ethnic cleansing aimed at wiping out Bosniak Muslims. It is reported that 100,000s were killed in a mass bloodletting not seen on European soil since the days of the Second World War.

The international community have been accused of not preventing such a genocide from occurring as Dutch UN “peacekeepers” stood aside while thousands of Muslims were butchered at the hands of Karadžić and his Serb forces.

Srebrenica, however, was not the only city to witness mass murder. The Bosnian capital, Sarajevo, endured the longest siege in history when Serb forces entrapped the capital and ruthlessly and indiscriminately fired snipers, mortars and missiles into the city relentlessly killing thousands of civilians and injuring many more.

Every year, mass graves are discovered in and around the city of Srebrenica and the martyred are given a proper burial with the Janāzah Salāh being offered.

نُمَتِّعُهُمْ قَلِيلًا ثُمَّ نَضْطَرُّهُمْ إِلَىٰ عَذَابٍ غَلِيظٍ
“We grant them enjoyment for a little; then We will force them to a massive punishment.” [2]

The Princess of the Islamic World: Bosnia