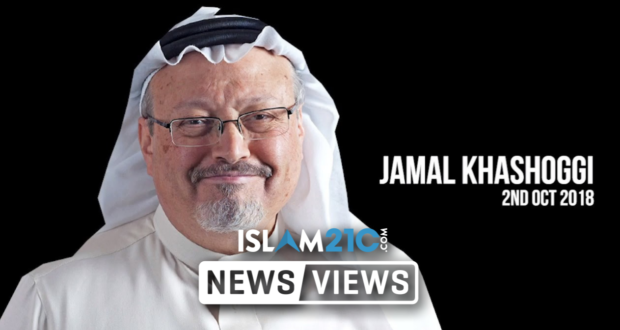 Today marks one year since Saudi author and journalist, Jamal Khashoggi (raḥimahu Allāhu) was brutally murdered in Saudi Arabia’s consulate in Istanbul. On 2nd October 2018, Khashoggi walked into the Saudi consulate in order to acquire documentation confirming that he divorced his ex-wife. The 59-year-old was never to be seen again. [1]

The following is a summary of events in the year since Khashoggi was killed.

During a vigil, which was held in Istanbul, Khashoggi’s fiancée Hatice Cengiz said that she was still seeking justice for his brutal murder. [2]

The murder of the journalist prompted worldwide outrage and increased scrutiny of Saudi’s Crown Prince Mohammed bin Salman who denies being involved in the killing.

In our upcoming Unscripted Podcast on Islam21c, Dr Azzam Tamimi discusses why Jamal Khashoggi was killed.

The full podcast will be released this Friday at 6pm insha’Allah.

2019-10-02
Hamad Momin
Previous: The name of the Muslim that will liberate al-Aqsa
Next: Tackling Global Islamophobia