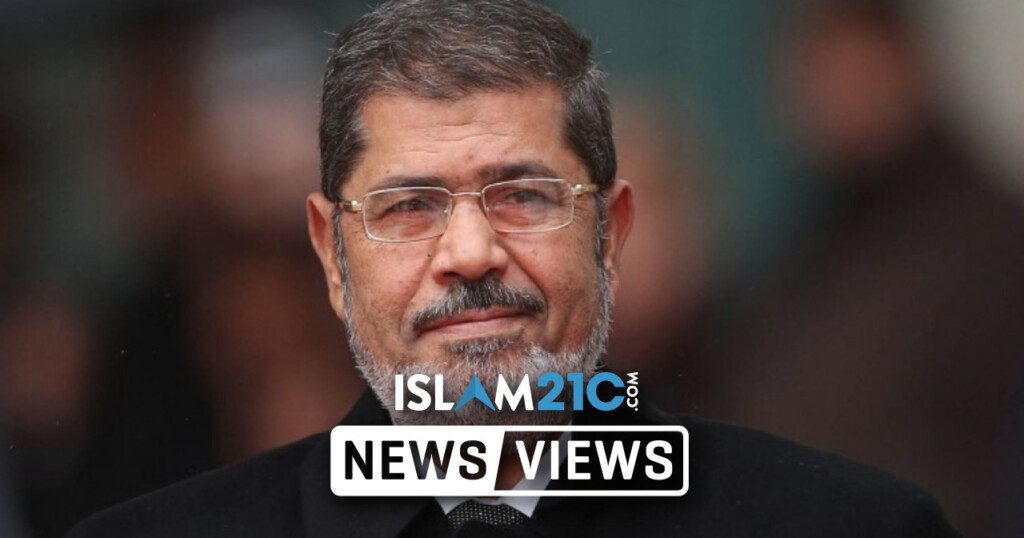 Mohamed Morsi collapsed during a court hearing and was later pronounced dead in hospital at 4:50pm local time (02:50 GMT). [1]

Whilst in prison, Morsi was known to have had a history of several health issues. These issues included diabetes, liver disease, and kidney disease.

Human Rights Watch (HRW) said that the death of Morsi was tragic but “predictable” given the poor prison conditions imposed by Egyptian authorities and their “failure” to allow Morsi medical care.

The Middle East director of HRW, Sarah Leah Whitson, stated in a tweet that the news of the death of Morsi was “terrible but entirely predictable” given the Egyptian government’s “failure to allow him adequate medical care, much less family visits.” [2]

The court hearing in which Morsi passed away started at 12:30 (Dhuhr) local time. During his speech, Morsi stressed that he had been prevented from taking any medication and that he was facing premeditated death. Morsi added that his medical condition was rapidly deteriorating and that he had repeatedly fainted in previous days without receiving any medical attention.

During the court hearing on the 17th of June 2019, President Mohamed Morsi collapsed and returned to his Lord (subḥānahu wa taʿālā). Much of the Muslim world carried out funeral prayers in absentia and have since demanded that the international community bring Egypt’s coup authorities to swift account.

Amnesty International had denounced the court process as “a charade based on null and void procedures”. [3]

The UN High Commissioner for Human Rights (UNHCHR) described the death as “a state-sanctioned arbitrary killing”. The statement from the office of the UNHCHR said:

“Morsi was held in conditions that can only be described as brutal, particularly during his five-year detention in the Tora prison complex”. [4]

Morsi preferred death and torture to renouncing what he had declared. It is to him that the powerful and profound statement of Sayid Qutb (rahimahu Allāh) can be attributed:

“Indeed, our words will remain lifeless, barren, devoid of any passion, until we die as a result of these words, whereupon our words will suddenly spring to life and live amongst the hearts that are dead, bringing them to life as well.”

President Morsi became Egypt’s first democratically elected leader when he was elected in 2012 and was ousted in a military coup by then-Chief of Staff General Abdel Fattah el-Sisi in 2013. Following the military coup, Morsi, alongside senior officials of the Muslim Brotherhood, was arrested on charges that many call politically motivated in ‘kangaroo courts’.

Along with thousands of others, President Morsi was put into solitary confinement and was denied much-needed medical assistance as his health rapidly deteriorated over the years. He was charged with a list of crimes, including leaking state information to Qatar, cooperating with Hamas, and allowing the Palestinian resistance movement into Egypt. President Morsi had denied all these charges, stating them to be false.

Since the 2013 military coup, the Egyptian regime has cracked down on all channels of legal dissent and opposition, arresting many supporters of Morsi, the Muslim Brotherhood, and those who are simply against the coup. Many more have been killed. The regime has systemically tortured many political prisoners and has denied them the right to fair representation and a fair trial.

Three years on, the Egyptian people are still awaiting any sort of credible investigation into the death of their first democratically elected leader and to bring to account those responsible for medical negligence.

Attia Adlan, a former member of the Egyptian parliament, said that Morsi’s trial was far from meeting the minimum standards of justice. The former lawmaker said:

“He was the only president — in the contemporary history of Egypt — who gained real legitimacy as he was elected by Egyptians through free and transparent elections, and yet he remained in power for only one year.” [5]

“Morsi was always insisting on selecting the democratic path as the only source for achieving legitimacy. This was because he respected the people’s choice and their right to bring the one they prefer to power. He didn’t relinquish this principle until the last moments of his life.”

Morsi grew up in a simple farming family. He married in 1978 and had five children and three grandchildren.

We ask that Allāh (subḥānahu wa taʿālā) accepts President Mohamed Morsi (rahimahu Allāh) as a shahīd and grants him and all those who were killed unjustly the highest abode in Jannah al-Firdous, Āmīn. May Allāh use Morsi’s martyrdom and all those that have sacrificed their lives as a catalyst to speed up the revival of justice and peace in Egypt and the entire world.