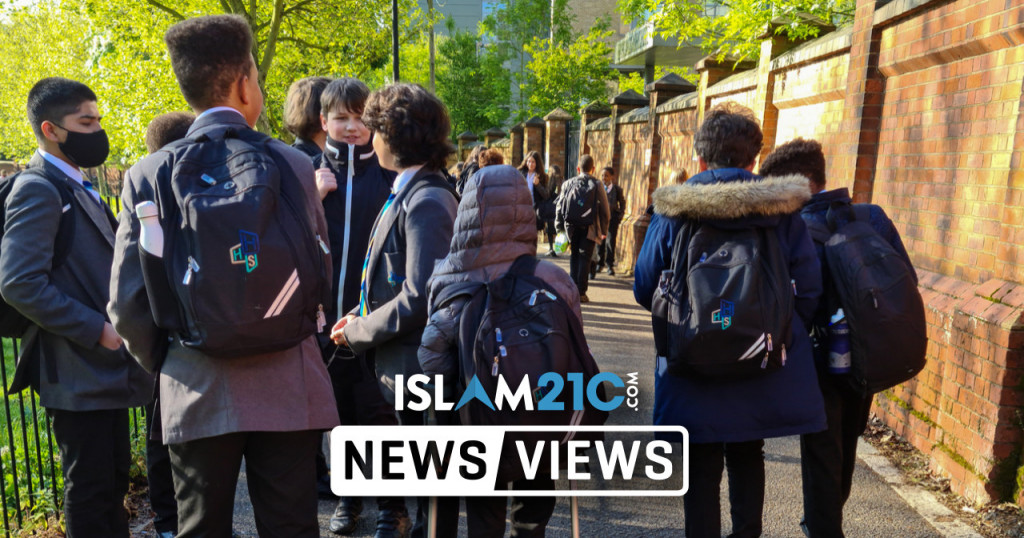 An annual report issued by The Children’s Society has tragically revealed that an estimated 306,000 children between the ages of 10 and 15 in the UK are discontented with their lives. Many are said to be worried about school performance, their physical appearance, and friendships. The effects of the coronavirus pandemic have also been a major factor in the charity’s findings. Around a quarter of a million children are believed to be struggling with the associated changes and disruption to life owing to COVID-19. [1] [2]

The yearly paper, entitled The Good Childhood Report, is 68 pages in length. Whilst many of the findings are consistent with previous years, the long-term state of stagnation is by no means a good thing. The chief executive of The Children’s Society, Mark Russell, said:

“It’s deeply distressing to see that children’s wellbeing is on a 10-year downward trend and on top of this a number of children have not coped well with the pandemic. Unhappiness at this stage can be a warning sign of potential issues in later teenage years.” [3]

The Children’s Society is a charity that was originally founded in 1881 under the name Church of England Central Home for Waifs and Strays. Whilst being a Catholic-affiliated organisation from the outset, the entity has grown over its 140-year existence to support countless children through the operation of care homes and development programmes. Through these initiatives it has been instrumental in addressing abuse, exploitation, and the neglect of children, and has exerted efforts to enact much needed changes in legislation. [4]

With the recent release of the 2021 report – which is the tenth yearly edition overall – Russell expressed his anger at the state of children’s lives in Britain.

“We must act. This year, as we report on a significant decline in children’s well-being over the last decade, I feel angry. Angry that with each passing year the joy of British childhood seems to be slipping away. And even more angry on behalf of those children who tell us they are unhappy with their lives.” [1]

Social media and the internet have also been highlighted as other key areas where children may be negatively affected in their “life satisfaction” and “satisfaction with family”. This is particularly so when there is “high intensity use” (more than four hours of daily social media and internet use). The 2021 report also found that based on 2012-2020 Good Childhood Reports, there is still a correlation between the use of social media and the well-being of children when 1-3 hours of daily use occurs. As the report states, “Medium intensity (one to three hours per day) use is only associated with lower satisfaction with schoolwork (but not with family, friends, appearance or school).” [1]

“It is shocking to see a further decline in children and young people’s level of happiness and that thousands are unhappy with their lives overall. The last year has been incredibly difficult for lots of young people with many struggling to cope with social isolation, loneliness and worries about the future. It’s clear that the pandemic is just one part of the picture, however, with young people facing multiple pressures that are impacting their overall wellbeing.” [3]

Yet another major aspect of the lives of young people that is highlighted in the report is body image, and how children feel about their appearance. Based on research undertaken by Essex University, there are now almost as many boys as there are girls who feel unhappy with the way they look. The saddening discovery has alarmed the foremost children’s charity found in the nation, the National Society for the Prevention of Cruelty to Children (NSPCC). The organisation’s chief executive warned that these perceptions of children must be considered with the utmost attention.

“We know that children continue to struggle with feeling they need to look a certain way, and we’ve delivered nearly 5,000 counselling sessions about body image since last April. This goes beyond the pandemic. The findings from the Good Childhood report show a worrying long-term trend. It is imperative that we listen and respond to what children and young people are telling us about their lives.” [3]

Continuing on the topic of body image and social media, The Children’s Society recently published a blog post in which a number of young people gave their thoughts on the burdens that civil society creates or perpetuates. The need for less bodybuilding and greater promotion of body positivity is the main message given by a number of children. Indeed, a young girl by the name of Laura issued the following assessment of applications and websites such as Twitter or TikTok: “Social media can damage your confidence because there is a ‘standard’ of what to look like.” [5]

Another young person, Eamon, raised the point that social media is often a way of distorting reality: that “version of reality isn’t realistic…we’re always going to have a bad hair day or bags under the eyes, it’s normal.” [5] The lack of racial and other representative indicators, as well as an emphasis on particular ‘looks’ were likewise criticised by young people, with one arguing:

“There is a lack of representation. Constantly seeing the same body type being praised in the media is not a good thing. Beauty standards are set by celebrities and influencers who use plastic surgery or photoshop to create these features in the first place.” [5]