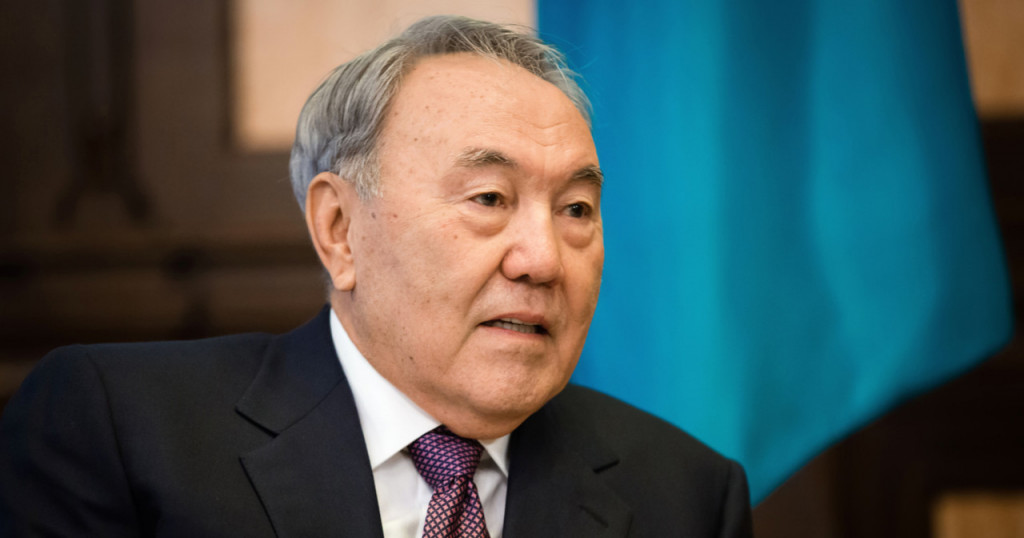 Nursultan Nazarbayev, the former long-time leader of Turkic-Muslim majority Kazakhstan, has quietly vanished from public view amidst weeks of political unrest that culminated in the tragic deaths of 225 people and imprisonment of more than 3,000. The Kazakh people, in addition to businesses and intelligence agencies, are all baffled as to the whereabouts of 81-year-old Nazarbayev, who ruled with an iron fist over the Central Asian state between the years 1989 and 2019. One anonymous source has claimed that Nazarbayev is in China. In an incredible change of heart, it is believed that the incumbent President and handpicked successor to Nazarbayev, Kassym-Jomart Tokayev, is carrying out a purge of the former President’s allies who remain in senior government and business positions. [1] [2] [3]

The former speaker of the upper house of parliament, Tokayev has suggested that the recent unrest was an attempted coup d’état, with “terrorists” to blame. Regional heavyweight Russia has led efforts to restore order to the mineral-rich country, with Russian President Vladimir Putin backing the claims made by Tokayev. Putin said during a video conference with fellow regional leaders:

“Well organised and clearly managed groups of militants were used, about which President Tokayev just spoke, including those who obviously underwent training in terrorist camps abroad. Events in Kazakhstan are not the first or the last attempt to meddle into our internal affairs from abroad. Measures taken by CSTO show that we will not allow a destabilised situation in the region and we will not let them carry out so-called colour revolutions.” [4]

Widely touted as Central Asia’s biggest and most stable economy, Kazakhstan has recently suffered a major period of instability following protests of a seemingly economic nature that began on January 1. According to Serik Shalabayev, who is the head of criminal prosecution at the prosecutor’s office, the early January riots peaked on January 5. In recent days, the demonstrations have since become subdued with rebuilding works taking place around major parts of the country. The initial disquiet had erupted following the government’s surprise decision to remove a price cap on liquefied petroleum gas (LPG), which is used by the majority of the population in topping up their vehicles. The move caused angry citizens to protest against the decision, with hundreds spilling out onto the streets. However, events quickly spiralled out of control when the initially economy-related protests morphed into an anti-government agenda. Shalabayev suggested that an estimated 50,000 rioters had torched various government buildings, while also looting shops and banks. [2]

As the violence quickly escalated, the Russian-led Collective Security Treaty Organization (CSTO) was swiftly activated, with thousands of troops drafted in to restore law and order. CSTO forces have now largely returned to their constituent countries; however, the shock mass resignation of the cabinet and Prime Minister Askar Mamin earlier in January has caused alarm, as President Tokayev tries to rebuild trust with the 20-million-strong population. [5]

The former President of Kazakhstan and octogenarian Nursultan Nazarbayev has not been seen in public for a number of days, with some claiming that he has taken cover in China. Notably, his successor Tokayev was a mentee and – until recently – a close political ally of Nazarbayev. It appears that Tokayev is now attempting to distance his present government from his past mentor. Somewhat ironically, Nazarbayev actually resigned from the presidency in March 2019 during a wave of anti-government riots. The former leader declared at the time that “a new generation of leaders” was needed in order to address the country’s needs. [1]

“I have taken a decision, which was not easy for me, to resign as president. As the founder of the independent Kazakh state I see my task now in facilitating the rise of a new generation of leaders who will continue the reforms that are underway in the country.” [6]

During the height of the recent crisis, Chinese President and chief instigator of the Uyghur genocide, Xi Jinping, gave his backing to Kazakhstan’s Tokayev. Xi stated in a message delivered by state broadcaster Xinhua:

Nazarbayev was a rather controversial leader during his three decades in power. A number of allegations were made against him relating to corruption and cronyism, including assertions that the country’s government had been made into a makeshift clan system under his rule. [8] In addition, in a July 2001 issue of The New Yorker, it was reported that two years prior, Swiss banking officials had found $85 million in an account that apparently belonged to Nazarbayev. This money was supposedly meant to enter the coffers of the Kazakh treasury; however, it had somehow made its way to Nazarbayev through a California businessman by the name of James Giffen. The international saga was later dubbed Kazakhgate. Following the Kazakhgate scandal, Nazarbayev implemented legislation that granted him legal immunity, in addition to further decrees that effectively legalised money laundering. [9] [10]

In 2002, the staunch Kazakh opposition newspaper Respublika reported that two years before the start of the millennium, Nazarbayev had tucked away an eye watering one billion dollars in state oil revenue in Swiss bank accounts. Following this damning disclosure, dismembered dog carcasses were left outside Respublika offices and founder Irina Petrushova’s apartment. The ghastly office threat came with a warning which read: “There won’t be a next time.” As for the scene at Petrushova’s home, a dog’s head came with a warning that read: “There will be no last time.” [11]

President Kassym-Jomart Tokayev appears intent on punishing Nazarbayev and his contacts. Indeed, just yesterday Timur Kulibayev was fired from his position as deputy head of the powerful National Security Committee (KNB). Kulibayev is the nephew of former President Nazarbayev, and his departure follows the weekend removal of Kairat Sharipbayev from his directorship at KazTransGas. Moreover, Dimash Dosanov was removed from his post as general director at the fellow energy giant KazTransOil. 40-year-old Dosanov is the husband of Nazarbayev’s youngest daughter, Aliya, while Sharipbayev is believed to be the husband of Nazarbayev’s eldest daughter, Dariga. As for Nazarbayev’s middle daughter, Dinara, her husband Timur Kulibayev is one of Kazakhstan’s wealthiest men, with numerous interests in the country’s energy sector. Combined, the husband and wife duo control Halyk Bank, which is the country’s largest commercial savings bank, with shares listed in London. Following the recent political turmoil in the country, the pair has lost $200 million in the value of their stake in Halyk. [3] [12]