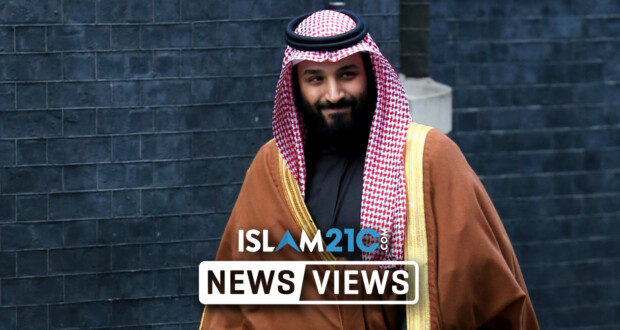 The international NGO, Reporters without Borders, has begun legal action against Saudi Crown Prince Mohammed bin Salman along with four other senior government figures. [1] This follows the recently declassified US intelligence community’s 2018 report on the killing of the late Jamal Khashoggi (raḥimahu Allāh), a Saudi journalist and long-time critic of the Saudi government.

Reporters without Borders, which campaigns for freedom of press around the world, filed a criminal complaint on Monday with the German Public Prosecutor General, “targeting Saudi Crown Prince Mohammed Bin Salman and other high-ranking Saudi officials responsible for crimes against humanity.” [2]

The Secretary-General of Reporters without Borders, Christophe Deloire, said in a press conference on Tuesday:

“Those responsible for the persecution of journalists in Saudi Arabia, including the murder of Jamal Khashoggi, must be held accountable for their crimes… While these serious crimes against journalists continue unabated, we call on the German prosecutor to take a stand and open an investigation into the crimes we have revealed. No one should be above international law, especially when crimes against humanity are at stake. The urgent need for justice is long overdue.” [2]

The extensive criminal complaint runs to in excess of 500 pages, and documents the cases of 35 Saudi journalists who have been imprisoned or killed whilst reporting in Saudi Arabia.

The co-accused of the Crown Prince include his close confidant Saud al-Qahtani; Ahmad Asiri, a man under US sanctions and who allegedly oversaw Khashoggi’s murder; Mohammad al-Otaibi, the Consul General in Istanbul in 2018; and Maher Mutreb, an intelligence agent accused of orchestrating the torture of Khashoggi.

Of the 35 journalists listed in the court case, Jamal Khashoggi stands alone as being the one individual who was murdered by the Saudi authorities, whilst 33 are journalists who have been detained and remain behind bars in Saudi Arabia.

In a statement on the Reporters without Borders website, the advocacy group said:

“The five suspects identified in the complaint are fully responsible. Pursuant to the German Code of Crimes against International law (VStGB), the complaint shows that these journalists are the victims of multiple counts of crimes against humanity, including willful killing, torture, sexual violence and coercion, enforced disappearance, unlawful deprivation of physical liberty, and persecution.” [2]

The organisation has chosen Germany to launch its legal case as the country benefits from having legislation that allows for jurisdiction over international crimes. A similar use of the law has led to the recent sentencing of a former Assad security operative Eyad al-Gharib. [3]

After the release of the 2018 intelligence report, the Biden administration was chastised for not taking decisive action against the Saudi Crown Prince, with White House Press Secretary instead saying:

Reporters without Borders hopes that by initiating this criminal lawsuit in Germany, the Public Prosecutor General will open a “situation analysis” on the issue, “with a view to formally launching a prosecutorial investigation and issuing arrest warrants.” [2]

[1] https://www.theguardian.com/world/2021/mar/02/criminal-complaint-filed-against-mohammed-bin-salman-in-german-court [2] https://rsf.org/en/news/groundbreaking-rsf-complaint-holds-crown-prince-and-other-saudi-officials-responsible-khashoggi [3] https://www.islam21c.com/news-views/germany-syrian-ex-intelligence-colonel-culpable-as-accomplice-to-crimes-against-humanity/ [4] https://www.cnbc.com/2021/02/28/white-house-defends-decision-not-to-punish-saudi-crown-prince-mbs.html
2021-03-04
Shaheer Choudhury
Previous: The Maulana for the Millions | Abul A’la Maududi
Next: Authors of new extremism report have no independence or credibility