Are you ready for our first ever NATIONAL CAMPAIGN?
Home / News / Reports: Turkey assigns ambassador to ‘Israel’ 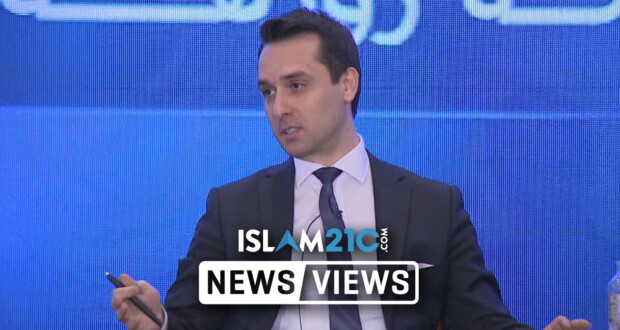 The Turkish government has reportedly appointed an ambassador to ‘Israel’. [1] This comes after more than two years of the position being vacant.

Turkey withdrew its envoy to ‘Israel’ in 2018 following deadly attacks on Palestinians in the besieged Gaza Strip.

The Zionist regime launched devastating attacks on Palestinians who were protesting in response to US President Donald Trump declaring Jerusalem to be the capital of ‘Israel’ and subsequently deciding to move the embassy there.

Diplomatic relations between the two states have been fractured since 2010 when a largely Turkish fleet of ships had been en-route to the besieged Gaza Strip with the aim of breaking the blockade when it encountered strong resistance from the Zionist state’s navy and aerial support.

The Israeli occupation forces boarded various ships and killed nine civilians. According to a report by the UN, “the circumstances of the killing of at least six of the passengers were in a manner consistent with an extra-legal, arbitrary and summary execution”. [2] [3]

Ufuk Ulutaş, the man reported to have been selected as Turkey’s next ambassador to ‘Israel’, is currently the director of foreign policy research at the SETA Foundation, a think-tank in Ankara. Ulutaş has been described by sources as being “very clever”, “very polished”, and “very pro-Palestinian”. [4]

While yet to be officially confirmed, it could be argued that President Erdoğan is playing a deliberate game by employing the famous phrase by the Chinese military strategist Sun-Tzu: “Keep your friends close, and your enemies closer.”

The development, if indeed true, may be what Turkey feels it requires as it finds numerous Arab countries turning their backs on the Palestinians with the clear intent to draw closer to the Zionists. [5]

One could argue that although Arab states such as the UAE and Sudan have made no attempt to hide their traitorous signings of ‘normalisation’ agreements with ‘Israel’, Turkey is well placed to better influence the Israelis through re-establishing diplomatic channels as it is rapidly finding itself isolated in its stance toward the Zionist regime.

In order to better combat Israeli aggression on the world stage, Turkey’s appointment of an ambassador to ‘Israel’ could be crucial in taming the Israelis. For the time being, an official Turkish confirmation of the appointment of Ulutaş remains to be seen, but it would also be important to see if the Israelis reciprocate and select an ambassador for Turkey.

If the appointment of Ulutaş is verified by Ankara, it could provide some leverage for the Turks against the Americans and their new presidential administration. The appointment would indicate that Turkey is willing to improve ties, with the only difference being that Turkey would continue to lead the Muslim world in fighting back against the Zionists instead of following the lead of countries like Egypt and Bahrain who have sold out to the same.

Turkish President Recep Tayyip Erdoğan has condemned both Trump’s proposal and the recent normalisation deals in the Arab world. Despite the recent reports of the appointment of an ambassador, it remains to be seen whether Turkey itself will establish full diplomatic ties with ‘Israel’.

Netanyahu accused Erdoğan of massacring Kurdish civilians and labelled him as someone who “bombs Kurdish villagers”. In response to Netanyahu’s criticism,  Erdoğan said: 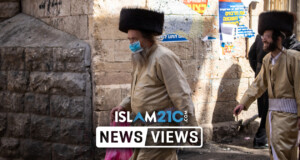