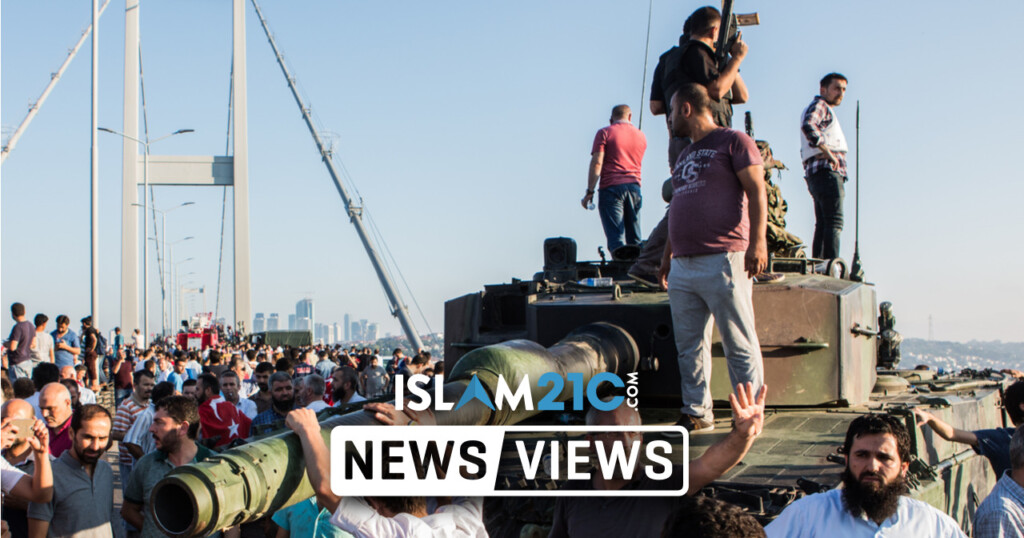 According to reports, a Turkish government minister has accused the United States of having orchestrated the unsuccessful coup d’état of 2016.[1]

The Minister of the Interior and Deputy Chairman of the governing Justice and Development Party (AKP), Süleyman Soylu, has argued that the US government was ultimately responsible for the 15th July 2016 attempted coup that targeted President Recep Tayyip Erdoğan and various government institutions.

“It is blatantly clear the United States is behind July 15. It was FETO who carried it out upon their orders.”[2]

Turkey has consistently held the preacher Fethullah answerable for the violent coup attempt, claiming that Gülen and his network – referred to as the “Fethullah Terrorist Organisation” (FETO) – infiltrated sections of the military, as well as police and other sensitive departments.

The US State Department responded swiftly in a brief press statement on 4th February by the Department’s spokesman, Ned Price:

“The United States had no involvement in the 2016 attempted coup in Turkey and promptly condemned it.  Recent assertions to the contrary made by senior Turkish officials are wholly false.”

“These remarks and other unfounded and irresponsible claims of U.S. responsibility for events in Turkey are inconsistent with Turkey’s status as a NATO Ally and strategic partner of the United States.”[3]

However, the fact remains that the notion has significant traction. James Jeffrey, a retired senior US diplomat who was the Ambassador to Turkey from 2008–2010, said that Gülen was most likely to blame for the failed endeavour to oust President Erdoğan and his party from government:

“The Gülen movement has some infiltration at the least in the military that I am aware of. They of course had extreme infiltration into the police and judiciary earlier. I saw that when I was in Turkey previously, particularly in the Sledgehammer case, Hakan Fidan case, and the corruption cases in 2013. Obviously, significant segment of Turkey’s bureaucracy was infiltrated and had their allegiance to a movement. That of course is absolutely unacceptable and extremely dangerous. It likely led to the coup attempt.”[4]

Fethullah Gülen, formerly an imam and author, has been a resident in the state of Pennsylvania in the US since 1999. Since the late 1960s, Gülen has amassed millions of followers and billions of dollars in backing for his Hizmet (Turkish for service) movement.[5]

The movement, which has grown rapidly over the years – and is notably secularist in nature – runs schools across Turkey and elsewhere. During the period of army rule in the 1980s, the ruling military leaders believed Gülen to be partly to blame for attempting to ironically overthrow the overthrowers.[6] [7]

On the other hand, President Erdoğan has consistently espoused a form of political Islam.[8]

Turkey has demanded the extradition of Gülen for years, with the US response being that there is insufficient evidence to justify extradition. Within four days of the botched coup, an official request was reportedly made to the US federal government, but to date the US has rejected all calls to extradite Gülen.[9]

“Do not protect that traitor any longer. That is no use for you, as well… Every coup, without exception, is bad and murderous. But none of the coup attempts in our political history was as vicious as the one on July 15. None of them was guided by a traitor who is in the shape of a cleric… None of them bombed the Turkish parliament.”[10]

In addition to the comments made by Yıldırım, former Ambassador Jeffrey also sent out a warning to the US government in an interview with the newspaper Hürriyet:

“What the coup plotters could easily be charged with in the American system would be murder.”

“If you take the lives of others while committing a crime – even if not intended in advance – that is the most serious level of murder as the lives were taken consciously either to facilitate some other criminal activity or to protect those carrying out that activity. Thus if one can prove that someone consciously knew he/she was conducting a criminal act under a state’s laws, and that people died as a result of or attendant to that act, that would be a charge of murder.”

“Gülen is a leader of an organization that has attempted to infiltrate state institutions illegitimately to carry out the goals of the organization in violation of Turkish laws and oaths of office. If it can be proven that the organization’s leaders ordered the coup, then as had been amply demonstrated the fact violence against civilians was carried out by those executing the coup could lead to charges of murder against the masterminds.” [4]