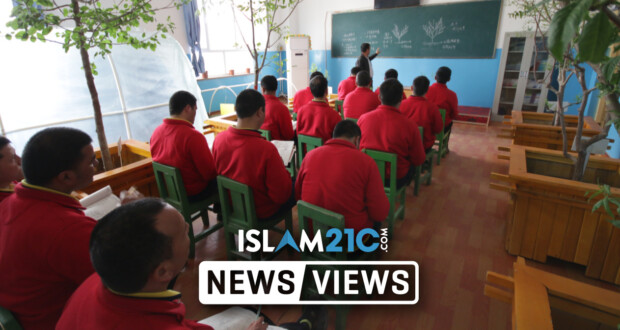 The UK looks set to soon cease the importation of Chinese goods linked to Uyghur workforces, as it further cracks down on China for its ongoing oppression of the Uyghur people residing in the region of Xinjiang.[1]

News of the reported tightening in import legislation was originally published by The Guardian, which stated that the Foreign Secretary Dominic Raab, as well as the Trade Secretary Liz Truss, are preparing to introduce a bill on Wednesday in the House of Commons.[2]

Diplomatic relations between the UK and China have been chilly over the past few years. Downing Street has become increasingly vocal on the tense situation in its former colony of Hong Kong, where things recently came to a head when four democracy activists and members of the legislature were forced out of the Legislative Council, with the remainder of pro-democracy lawmakers resigning in protest to this action by the central government in Beijing.[3]

In a BBC News interview in July 2020 on the continued oppression of the Uyghurs, the Foreign Secretary said in no uncertain terms:

“It is clear that there are gross, egregious human rights abuses going on. We are working with our international partners on this. It is deeply, deeply troubling…”[4]

Across the Atlantic, the US has for the past year deliberated over a bill (H.R.6210 – Uyghur Forced Labor Prevention Act) in its federal legislature concerning the same issue of Chinese oppression and use of forced Uyghur labour for various Western brands such as Calvin Klein, Adidas, and Nike.[5]

With the UK having now ended its year-long transition period with the EU, it is free to draft its own foreign policies and trading agreements. The move by the Conservative government to further pressure Beijing is a sign that the Government is not afraid to express its disappointment in China’s appalling treatment of the Uyghurs.

Yet in an attempt to moderate the reported action by Raab and Truss, a statement from the Foreign Office noted:

“Our approach to China is rooted in our values and interests. However, where we have concerns, we raise them and hold China to account. We have done this consistently over the treatment of Uighur Muslims in Xinjiang.” [2]

Wednesday’s expected announcement follows hot on the heels of the British government’s decision to finally apply a blanket ban on equipment from the Chinese telecoms giant Huawei that is being used to build Britain’s next-generation 5G mobile network infrastructure.[6]

If the bill ultimately receives royal assent, companies will be forced to strip out existing Huawei technology from their systems by 2027 and completely stop installing Huawei systems in the UK’s 5G rollout by September 2021. Any corporations found to be in contempt of this proposed law may be fined up to 10% of annual revenues or £100,000 per day.[7] [8]

China’s mistreatment of the Uyghur people has included forced labour, forced sterilisations, and concentration camps – conveniently termed “Vocational Education and Training Centers” by Chinese state media. In July last year, the Chinese ambassador to the UK publicly denied on BBC News that any such genocidal acts were taking place, even after being shown video footage of shackled prisoners being put onto trains, presumably before being transported to detention or forced labour facilities.[9]

2021-01-12
Shaheer Choudhury
Previous: Representation matters! (Except when it doesn’t)
Next: Israel rejects vaccine request from WHO for Palestinians