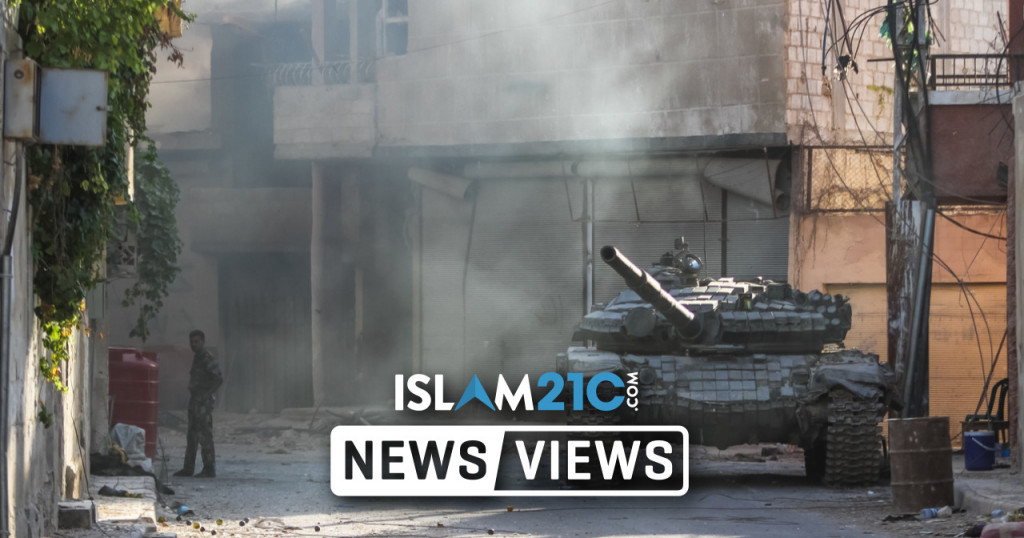 After a short-lived ceasefire, dictator Bashar al-Assad’s notorious security forces have resumed attacks on the Syrian city of Daraa, which continues to suffer from the debilitating effects of the decade-long civil war. In recent months, Assad’s forces have heavily shelled the area, forcing tens of thousands of residents to take off in search of safety. [1] [2]

There was a brief glimmer of hope on September 1 when a ceasefire agreement was negotiated by the Russian military, which saw government forces halt any offensives to retake the region. However, in Daraa, the situation has deteriorated rapidly. The city is well known as the birthplace of the peaceful demonstrations that occurred in March 2011, prior to the full-scale civil war that followed soon afterwards. At present, residents have been left fearing for their lives, with many fleeing from their homes, as Iran-backed militias restarted bombing campaigns to regain control of the city on Sunday.

Last Tuesday, Russian military commanders had brokered a truce deal that would have allowed the Assad regime to fully retake governance of Daraa. However, on Friday, the agreement fell on its face as qualms and disagreements over the extent to which security forces would take charge came to the fore. The army had demanded the introduction of further checkpoints in the region, with door-to-door searches. In a statement, they said:

“We insist on full army control and no return back to the state of lawlessness and chaos that prevailed.” [3]

Local leaders responded by expressing their strong opposition to the “impossible new demands”. Adnan al-Masalameh, the spokesman for the Daraa al-Balad negotiation committee, said to Reuters:

“These are impossible new demands presented by the regime and the Russians. We reached a dead end.” [3]

The city of Daraa was a key rebel stronghold until 2018, when Assad sought the help of Russian airpower and ground forces in order to bolster his then perilous military position. Thanks to Russian leader Vladimir Putin’s ongoing military support for Assad’s forces, since 2018 the authoritarian Arab leader has regained control of an estimated 70 percent of the country. The scale of the devastation is shocking when one considers that for the period covering the start of the Syrian Revolution to December 9 2020, the UK-based Syrian Observatory for Human Rights has documented an appalling 387,118 deaths. [4]

This kid was detained in Daraa as the intelligence services want to pressure their parents. Think of how he is feeling now! pic.twitter.com/U7Fbz7j4Wg

With the civil war surpassing ten years in March of this year, the last remaining rebel areas continue to be prime targets for government troops. However, the destruction to human lives cannot be understated, as millions have become internally and externally displaced. This is on top of the hundreds of thousands butchered and further countless thousands who have suffered rape and torture at the hands of Assad’s loyal security forces. [5]