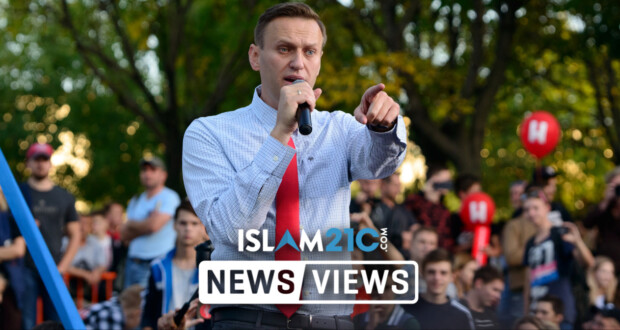 On 20th August 2020, news emerged that the prominent Russian opposition leader Alexei Navalny had fallen ill in a Siberian hospital, and was subsequently flown to Berlin for emergency medical treatment. [1]

While the cause of Navalny’s sudden ailment was unknown at the time, tests later conducted in the Russian hospital provided somewhat vague and inadequate answers. Reuters reported the following:

“Officials from the Health Ministry of a Siberian region where Kremlin critic Alexei Navalny is being treated in hospital said on Friday that a police laboratory had found a chemical substance of an industrial nature on his hair and hands.

Earlier on Friday, Alexander Murakhovsky, the head doctor at the hospital treating Navalny in the city of Omsk, said traces of industrial chemical substances had been found on the 44-year-old’s clothes and fingers.” [2]

Two weeks on from the initial hospitalisation, it has now been confirmed by German doctors that Navalny was poisoned with: “…a military-grade nerve agent from the Novichok family, a potent class of chemical weapon developed by the Soviet Union…” [3]

The Russian government seemingly has no qualms in harming perceived threats and traitors. In 2018, Sergei Skripal, a former double agent, was poisoned along with his daughter Yulia with a Novichok agent in the United Kingdom. [4] Similarly, in 2006 in the United Kingdom, a former FSB officer turned defector, Alexander Litvinenko, was poisoned with a radioactive substance. [5]

With the Russian government seemingly able to attack and remove people it sees as threats to its authority; one might naturally expect the West to step up and go beyond the usual process of expelling diplomats and introducing or strengthening sanctions. Unfortunately, the world of geopolitics is never simple. Although the German chancellor Angela Merkel has strongly expressed that the EU must take robust action against Russia, there is little more that it can do. [6]

These examples may only be the beginning – the tip of the iceberg. Politics inevitably ends up being the driving force in stalling real action and change. It is often left to the populace to seek real information for themselves and not rely on governments as guides.

It is clear that humanity is severely lacking across the world. It has in the past, and likely always will. People are being led down a path of racism and xenophobia by their governments. Borders are being closed, and the world is dividing further. Nevertheless, this should not stop us as individuals – and especially as Muslims – from doing our best to educate one another towards the truth. The truth, of course, being Islam, as well as facts about how the world is functioning, and making a change where possible.

Although the initial focus of this article was on Russian state-sponsored attacks on their own people, Western countries have been accused of doing the exact same. [8] The only difference is that we will not hear much about our own governments and their dirty work because it does not fit the narrative.

Islam unites us as a collective body across the world, and for that we should be grateful. If we maintain a solid grip on our faith, we will be able to get through any trials that we may face, as well as the trials of others who are victimised and mistreated.