Salah made me Muslim 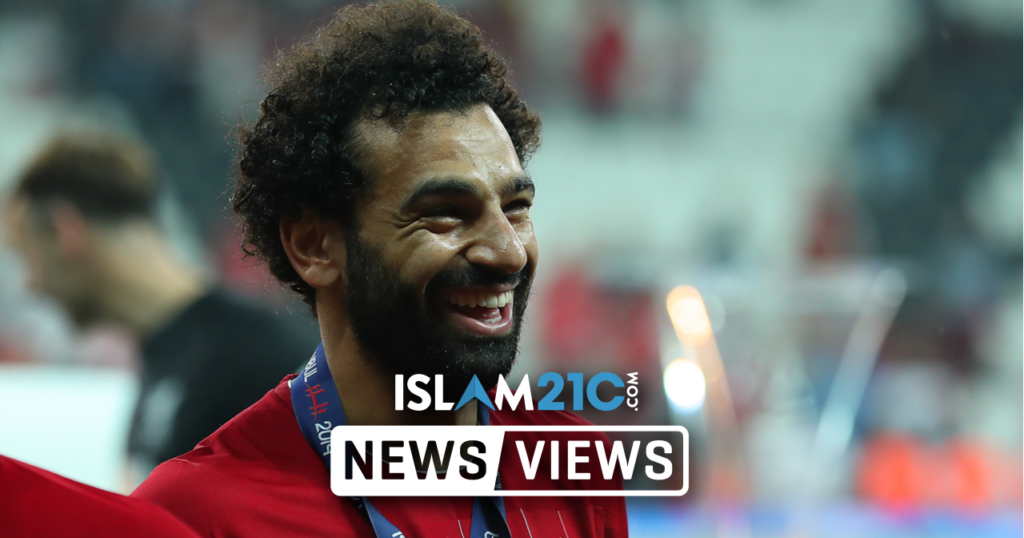 Ben Bird, a Nottingham Forest season-ticket holder, and former islamophobe, has attributed his conversion to Liverpool forward, Mohamed Salah, saying: “He was the first Muslim I could relate to.”[1]

Like many other men living in the UK, Bird first began to hold a negative view of Islam after coming across “right-wing media pages” targeted at Muslims, which built towards his dismissive perception of the religion. Having thought Muslims were “devil people with swords”, he went on to adopt the notion that “the religion, the culture, and the people were backward; they didn’t integrate and wanted to take over.”

“I always looked at Muslims like the elephant in the room. I had a hatred of Muslims.”

But he has since called these statements “embarrassing”, saying that his anti-Muslim sentiments quickly steered in the opposite direction when he decided to learn more about Islam. He credited the Egyptian footballer as the catalyst.

“I’m a Nottingham Forest season-ticket holder. I can be myself, but because I made the declaration of faith, I’m a Muslim.”

While at university, Bird became friends with students from Arab countries. He then undertook a course on Middle Eastern Studies at the University of Leeds. He was given the assignment to study Salah’s impact on Western thoughts on Islam, a degree he now thinks “was the first time I learned about Islam in an academic way.”

Having spoken to his international friends about the striker’s impact on society for the task, he quickly fell in awe of what they had to say.

“At university I interviewed Egyptian students and when they found out my research was about “Mohamed Salah, a gift from Allah” – which is also another Liverpool song – they would talk to me for hours about how great he is and what he’s done for their country. One million Egyptians spoiled their ballots and voted for him to be president last year.

One of the Egyptians I talked to told me that Salah encompasses what being a Muslim is; following Islam correctly. He believed that Salah is making people love Muslims again.

Salah showed me that you can be normal and a Muslim…if that’s the right phrase. You can be yourself. He’s a great player and is respected by the football community. His politics, his religion, don’t matter – and to me that’s what football can do.”2

Ben added a recent incident involving Mohammed Salah, reminding him of the genuine Muslims he had met in his previous years. When an 11-year-old fan broke his nose while running to meet his idol for a picture, the boy eventually got his dream. Despite picking up a bloody nose in the process, he got his photo – a picture that had gone viral in August 2019.

“Mohamed Salah was the first Muslim I could relate to. It’s the way he lives his life, how he talks to people.”

The Liverpool fans’ song, which includes the line, “If he scores another few then I’ll be Muslim too” really resonated with Bird. It is a well-known practice of Salah that after every goal he scores, he celebrates by falling into the position of sujood (prostration) to thank Allah, a feat he now thinks has succeeded in making people love him, and by extension, love Islam and Muslims.

“When Salah scores, I think he’s scoring for the faith. When he won the Champions League I said to my friend, ‘that was a victory for Islam’. After each of his goals, Salah practises the sujood (prostration) and exposes a very Islamic symbol to the world. How many people watch the Premier League every week? Millions globally.”[3]

After “going from hating Islam to becoming a Muslim”, Ben told the Guardian that he doesn’t think his friends quite believe that he’s become a Muslim, as he hasn’t changed much – but “his heart is better.”

He’s taking active steps to improve as a new Muslim and encourages others to get to know the true message of Islam.

“When people read the Quran or read about Islam, they see something different that is not always portrayed in the media. I’m new to the Islamic community and I’m still learning. It is hard. It’s a lifestyle change.”

And finally, when asked what advice he would give to his younger self, he replied:

“What would I say to the Ben of old? I’d give him a smack, to be honest, and I’d say: ‘How dare you think like that about a people that are so diverse. You need to start talking to people. You need to start asking the questions.’ We live in a multicultural, multifaith, multinational society.

The community has to branch out, play football, go to football. It’s up to us to realise that we’re in this together. And the best spokesman for that could be Mohamed Salah.”