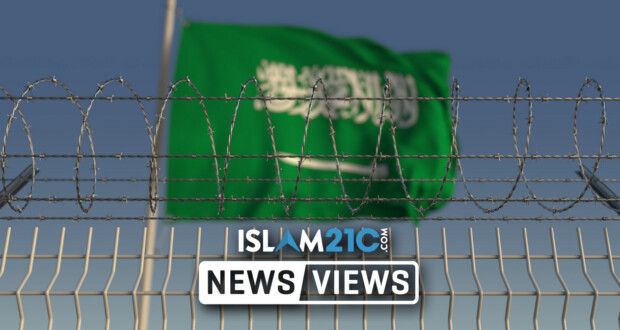 According to a recent Human Rights Watch (HRW) report, Saudi Arabia is holding hundreds of migrants – the majority of whom are Ethiopian – in squalid conditions, aptly described as “hellish” by one man when speaking with the Associated Press:

“I wouldn’t have left my country had I known this hellish condition would await me. I had some suicidal thoughts in the past. It is just unbearable, especially during those very hot days, since we don’t have an air conditioner. And they beat us with electric cords whenever we complain. And they took all our money and cell phones.” [1]

Many of the migrants were arrested and detained at a facility in Riyadh due to not having the correct residency permits. While currently pending deportation to their native countries, the migrants are alleging that serious maltreatment and abuses are being instigated by their captors.

Nadia Hardman, a researcher on migrants and refugee rights at HRW, said:

“Saudi Arabia, one of the world’s richest countries, has no excuse for detaining migrant workers in appalling conditions, in the middle of a health pandemic, for months on end. Video footage of people crammed together, allegations of torture, and unlawful killings are shocking, as is the apparent unwillingness of the authorities to do anything to investigate conditions of abuse and hold those responsible to account.” [2]

The horrific accounts from various detainees tell of guards swearing, uttering racial slurs, and using threatening language. Those who attempt to escape the facility are shot, and there are reports of corpses being left in cramped rooms with up to 350 prisoners.

The HRW report closely follows an October report by Amnesty International (AI) that “describes widespread abuses, including beatings and electrocutions, in Saudi detention facilities. Detainees described being chained together in pairs and being forced to use cell floors as toilets.” [3]

“Six out of nine interviewees said that they witnessed guards beat migrants so severely that they were taken from the detention room and were never returned. In one case, a 27-year-old man from Ethiopia witnessed the unlawful killing of three other detainees, two of whom were beaten so badly by the guards that they died immediately as a result of their injuries; the third died two hours later. Human Rights Watch was not able to independently verify the allegations.” [2]

In June and July earlier this year, AI spoke with twelve detained Ethiopian migrants via messaging apps, with their allegations verified by videos, photos, and satellite imagery analysed by AI’s Crisis Evidence Lab.

All of those who were interviewed said they were mistreated from the very moment they were detained by the Saudi authorities. The majority have been kept at al-Dayer detention centre, Jizan central prison, as well as prisons in Makkah and Jeddah. Conditions are said to be especially poor in al-Dayer and Jizan, where prisoners mention sharing cells with 350 people – an allegation supported by videos that AI has seen. At al-Dayer, there are no toilets for detainees, who are forced to use a corner of the cell as a toilet area.

“It’s hell, I’ve never seen something like this … There are no toilets. We urinate on the ground, not far from where we sleep. Sometimes we had to walk on it.” [4]

It is clear that the situation in a number of prisons in Saudi Arabia is an ongoing humanitarian disaster. The risk of contracting COVID-19 is exacerbated due to the truly appalling conditions that many migrants find themselves in, when sadly they only sought refuge in the country in the hope of pursuing a better life.