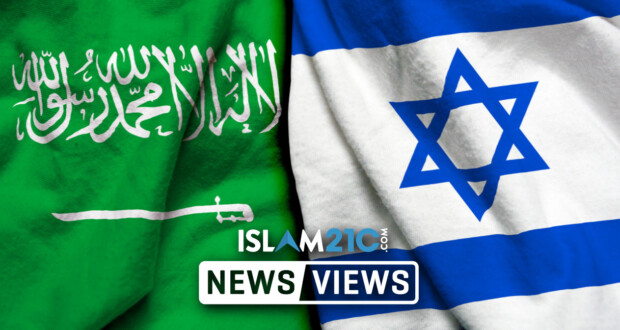 In somewhat surprising remarks, Prince Turki bin Faisal Al Saud, former Director of the Saudi General Intelligence Directorate as well as former Ambassador to the United States, has berated ‘Israel’s’ complicity in having:

“…incarcerated [Palestinians] in concentration camps under the flimsiest of security accusations – young and old, women and men, who are rotting there without recourse to justice.” [1]

With the recent diplomatic thawing between Bahrain, the UAE, and Sudan – who have all individually signed so-called ‘normalisation’ deals with the Zionist state of ‘Israel’ – one would be forgiven for thinking that these remarks came from an Iranian politician, but in truth, they came from the lips of a member of the Saudi royal family. [2]

“I would like to express my regret on the comments of the Saudi representative. I don’t believe that they reflect the spirit and the changes taking place in the Middle East.” [1]

A son of the late King Faisal, Prince Turki unleashed a ferocious statement that laid bare the truth of the matter to all participants at this year’s Manama Dialogue, an annual summit held in Bahrain aimed at delving into pressing challenges in Middle Eastern security. [3]

Prince Turki called out ‘Israel’ for pretending to be a “…small, existentially threatened country, surrounded by bloodthirsty killers who want to eradicate her from existence… And yet they profess that they want to be friends with Saudi Arabia”. [1]

The explosive comments come at a highly sensitive time in the global political calendar, with all eyes on how the president-elect of the United States, Joe Biden, chooses to govern.

The verbal fracas also sheds light on the evolving and concurrently stagnant views towards ‘Israel’ from within Saudi Arabia.

One the one hand, Crown Prince Mohammed bin Salman has signalled his intent to bring in a new period of relations with the Zionist state. This was most obvious after he met the ‘Israeli’ Prime Minister Benjamin Netanyahu, who later ‘leaked’ the details of the meeting to ‘Israeli’ media; it was most likely intentionally revealed. [4]

On the other hand, there are staunch opponents of the ‘Israeli’ state who continue to voice their disgruntled thoughts at King Salman and his heir to the throne.

This raises questions about how Saudi leadership will look to form a new path in the coming months in regards to how they deal with ‘Israel’ in the public eye. It has long been rumoured that the two openly-sparring nations have been at least tolerant of one another behind closed doors, and may even be working together without declaring any high-level meetings have been taking place.

It will be interesting to watch this situation closely, as it has been almost unheard of to observe such veracity in speech from a senior member of the House of Saud since King Faisal’s speech on the Muslim world waking up and taking heed of the state of Palestine.