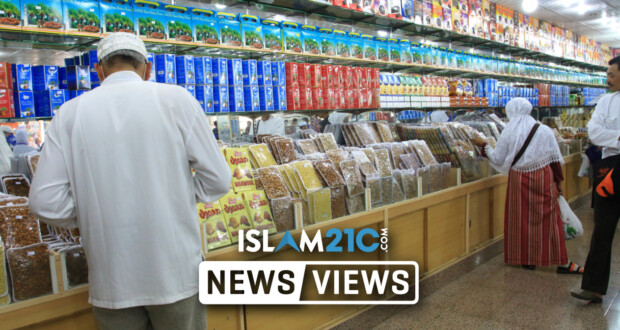 Saudi official calls for boycott of “everything Turkish”

The head of the Saudi Chamber of Commerce has called for a boycott of “everything Turkish”.

On Friday, Ajlan Al-Ajlan called on Saudis to block all trade with Turkey, including imports, investments, and tourism.

The outburst follows comments from Turkish Resident Recep Tayyip Erdoğan, who criticised the Arabian Gulf for targeting Turkey and pursuing policies that destabilised the region.

In his address to Turkey’s General Assembly on Thursday, President Erdoğan said: “It should not be forgotten that the countries in question did not exist yesterday, and probably will not exist tomorrow. However, we will continue to keep our flag flying in this region forever, with the permission of Allāh.”[1]

The stinging comments came less than two weeks after Saudi Arabia celebrated its 90th national day since the founding of the Kingdom.

“Boycotting everything Turkish, whether on the level of imports, investment, or tourism, is the responsibility of every Saudi — trader and consumer — in response to the continued hostility of the Turkish government against our leadership, our country, and our nation.”[2] [3]

The Saudi official and businessman added that it was “the responsibility of every Saudi to act.” However, Al-Ajlan and local Saudi media failed to clearly state why these actions were being called for.

President Erdoğan had previously condemned what he called an ongoing “heinous economic attack” led by the US on the Turkish lira.[4] The global impact of the coronavirus pandemic, along with the economic adversity faced by Turkey, has led to a sharp decline in the value of the Turkish lira, which dropped to a record low last week at over 7.7 lira to the US dollar.

Al-Ajlan is a prominent Saudi businessman who founded Ajlan & Bros in 1979. Al-Ajlan is the chairman of the business group, which is considered one of the biggest in Saudi Arabia.[5] His suggestions could be considered an own-goal tactic due to Saudi economies relying heavily on imported goods and labour.

On Sunday, a Turkish newspaper reported that Saudi Arabia would officially ban all imports of Turkish goods from this week, as per Al-Ajlan’s call to arms.[6]

However, Mehmet Mücahit Arvas, the Turkish trade adviser to the Turkish Embassy in Riyadh, dismissed these reports, tweeting that it was “impossible to hinder trade as long as it is compliant with international law.”

Arvas added: “There have been statements regarding Saudi Arabia officially imposing [an] embargo on Turkish goods. It has been settled with the Saudi authorities many times that there is no such embargo.”

“It will be for the best to focus on the deepening of trade between friendly nations and not fall for the atmosphere of fear that is being created.”[7]

In the second quarter of 2020, Turkey ranked as Saudi Arabia’s 12th trade partner by total import value. The latest data available places Saudi imports from Turkey at roughly $185 million, showing no signs of slowing in light of the global effects of the coronavirus pandemic.[8]

[2] https://saudigazette.com.sa/article/598732 (translation of tweet, except the word ‘nation’ was mistranslated as our people)

2020-10-05
Ahmad Jomaa
Previous: Here’s how you can buy Asda in a halal way
Next: Muslims Have Absorbed Neoliberalism