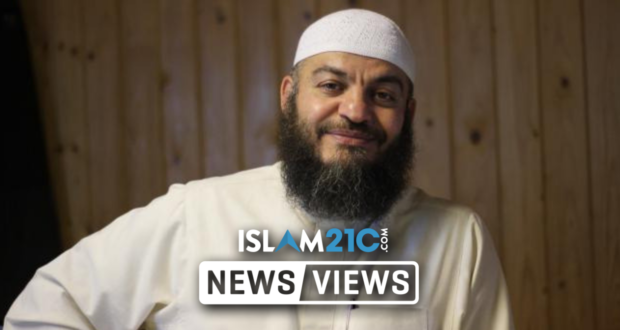 Shaikh (Dr) Haitham al-Haddad, a world-renowned scholar and jurist, has come out triumphant in his three-year battle against The Telegraph over fabricated statements attributed to him. [1]

The @Telegraph now apologises to Dr Haitham al-Haddad for smearing him, promising not to do it again! pic.twitter.com/iStsXMmcjp

The newspaper launched their character assassination on the leading UK Imām and academic in 2015, in a series of articles which claimed that Sh Haitham had described Jews as “the descendants of apes and pigs”, and the “brethren of swine and pigs”.

In reality, the statement was grossly misrepresented as these were words that Sh Haitham had never even said.

The Telegraph has since retracted its statement and published a full apology.

“In articles published in 2015 in the Sunday Telegraph and online, we stated that Haitham al-Haddad had described Jews as “the descendants of apes and pigs”, and that he “says that Jews are the “brethren of swine and pigs”.

“We now accept that the attribution of these statements to Dr al-Haddad was incorrect. We have withdrawn the allegations and have agreed not to repeat them. We are happy to make this clear and apologise for the misunderstanding.” [2]

As seen in their statement, as required by the terms of settlement filed at the High Court, all references to Sh Haitham have been removed from the articles complained of, and they have agreed not to republish or repeat the allegations. £62,500 has also been paid towards his legal costs.

The aid of Saracens Solicitors was enlisted back at the start of 2016, when the legal proceedings against the continuing online publication first began, in order to clear his name of the false statements that had been attributed to him.

“It has taken three years to get justice – I’m glad to be able to finally put this behind me. My family and I would like to thank the Saracens Legal team and Mark from Doughty Street who have fought to expose the truth throughout. It was never about money; it was about clearing my name. I am happy to explain Islamic beliefs and I recognise that there are some who oppose my beliefs. I will debate with anyone in a fair forum, but I draw the line when national media organisations put false words into my mouth. I hope this result will demonstrate that newspapers cannot publish uncorroborated purported ‘facts’ about me and other UK Muslims with impunity.  The propagation of falsehoods does nothing to help the inter faith dialogue and understanding to which I am committed.”

Earlier last year, the BBC also issued a retraction of accusations made by presenter Andrew Neil that had been made in a similar manner. The retraction stated that “it has withdrawn this allegation and confirms that it will not repeat it”. [3]

2019-07-02
News Editor
Previous: Haftar’s threats are a ‘declaration of war’ on Turkey
Next: Zaira Wasim: Leaving Bollywood for Allah