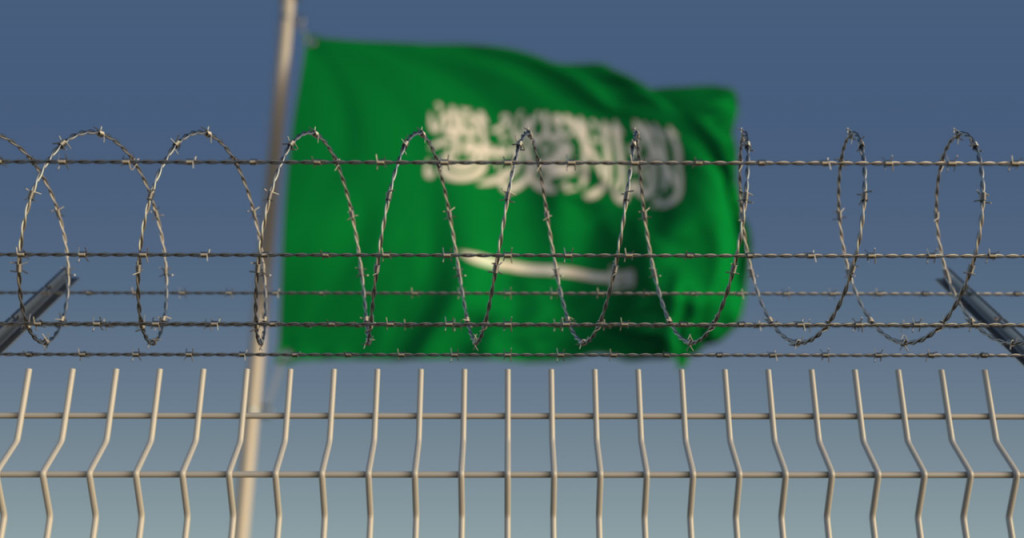 The respected scholar of Islamic jurisprudence Shaykh Musa al-Qarni has been killed in prison. The tragedy occurred after “extremist prisoners” launched a tirade of exceptional brutality against the 67-year-old Mufti, who had languished in a Saudi prison for the last fourteen years. Al-Qarni was handed this prison sentence on account of spurious charges of “disobeying the ruler and revolting against the norms by participating in establishing a secret organisation aimed at ravaging the current system and taking over power”. Reports have stated that the academic was last week attacked by violent prisoners, whom the prison’s guards had deliberately placed in the same room as him. [1] [2]

🔴 Confirmed to us that the cause of Sheikh Musa Al-Qarni’s death was that he was beaten in the head and face by extremist prisoners, as the prison administration placed him with them and refused to transfer him with the elderly.#موسى_القرني pic.twitter.com/ZKC9424wqN

The UK-based Saudi Arabian human rights movement ALQST for Human Rights (from the Arabic ‘al-Qisṭ’, which means ‘justice’) expressed its sadness after learning of “the murder in prison of dissident academic and campaigner for reform Musa al-Qarni”. [3] In a press release, the organisation noted that the scholar had died in horrific circumstances.

“Witnesses reported that al-Qarni was beaten around the head and face with sharp objects, causing facial injuries and fractures to his skull that led to his death.” [3]

The media statement is co-signed by ALQST for Human Rights, Democracy for the Arab World Now (DAWN), and the MENA Rights Group. It further adds by stating:

“We, the undersigned human rights organisations, are calling urgently for an independent international investigation into this crime, both to ensure that those responsible are punished and to protect other prisoners of conscience from any repetition of this tragedy.” [3]

In 1954, Shaykh Musa al-Qarni (raḥimahu Allāh) was born in Baish, which is situated in the Jazan province of Saudi Arabia. He began his university studies at the College of Sharia in Riyadh, before going on to receive his doctoral certificate in uṣūl al-fiqh (principles of Islamic jurisprudence) from the prestigious Umm al-Qurra University in Makkah. In the 1980s, the Shaykh had travelled to Afghanistan, where he supported the resistance movement against the Soviet invaders. In his later years, he taught at a number of prominent institutions, such as the Imam Mohammad Ibn Saud Islamic University in Saudi Arabia, and the University of Da‘wa and Jihad in Pakistan. [3] [4]

The experienced academic’s maltreatment began on 2 February 2007, when he was arrested among a clique of clerics colloquially known as “the Jeddah Reformers”. The group’s members included Abdulaziz al-Khereiji, Saud al-Hashimi, Sulaiman al-Rashoudi, and Essam Basrawi. Collectively, the men were outrageously accused of establishing a clandestine organisation with the intention of spreading anarchy and seizing power with foreign backing. Four years later, the Saudi Criminal Court sentenced 16 defendants, including al-Qarni, to a total of 228 years behind bars. [3]

In its press release regarding the tragic death, ALQST notes that the Shaykh had suffered a stroke in 2018 and was seemingly deliberately administered the wrong medication. He was then moved to a psychiatric hospital, reportedly with the intention of having him passed off as mentally unstable.

The late scholar al-Qarni (raḥimahu Allāh) is one of dozens who have either been locked up behind bars, or executed for their opposition to the House of Saud’s autocratic form of governance. With the ushering in of Crown Prince Mohammed bin Salman in June 2017, attempts have been made to ‘modernise’ the Kingdom. The 36-year-old MBS, as he is colloquially known, has made efforts to shift the economy away from oil and to boost international tourism. Under his leadership, the Gulf state has even gone so far as to allow music to be played in public, with bikini beaches – where men and women are free to mix – opening in August of this year. One such example of this is Pure Beach near Jeddah, which is barely eight miles from Masjid al-Haram. [5]

At the same time, MBS has cracked down on dissident academics, such as al-Qarni, and is pushing hard to silence other opponents. For example, the 2018 murder of author and Saudi critic Jamal Khashoggi (raḥimahu Allāh) is widely believed to have been orchestrated by MBS. Circumstantial evidence released by the Turkish government soon after the killing pointed to unsettling remarks that were picked up on microphones in the consulate. In one recording two Saudi officials can be heard speaking about how to dismember and transport Khashoggi’s corpse, just mere minutes before the journalist entered the consulate. [6]

A Saudi official is recorded as saying in the tape:

“The body is heavy. First time I cut on the ground. If we take plastic bags and cut it into pieces, it will be finished.” [6]