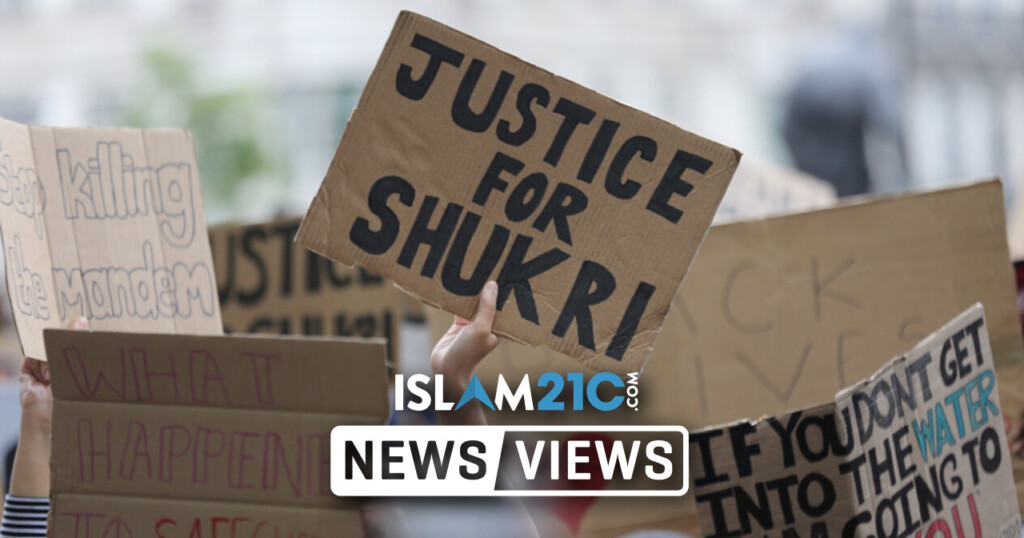 One year ago, on the 27th of June 2019, Shukri Abdi, a 12-year-old Muslim schoolgirl, drowned in a river under unexplained circumstances in the suburbs of Bury, Manchester.

The police decided not to pursue criminal charges against four unnamed children who were around Shukri Abdi during her death. They instead deemed the incident “a tragic accident”, adding that it did not believe there was any foul play.

Shukri Abdi had been in the UK for around two years with her family, who had left the unrest in Kenya behind to come to the UK hoping to find a better life. Abdi arrived in January 2017 as part of the UN’s vulnerable persons resettlement scheme, through which only the most vulnerable individuals and families are accepted. Together with her family and four siblings, Abdi was placed in Bury, a town in Greater Manchester with a small Somali community, despite other areas having a greater community infrastructure that would have supported her and her family’s transition to the UK.[1]

Abdi had complained of being bullied at school, a factor that the police prematurely dismissed when looking into the case of her death. The school has said that it would review its anti-bullying policy amid speculation over the circumstances.

“She was a sweet, innocent child. Her mum is absolutely destroyed.”

One child had even threatened to kill Abdi if she did not get into the river that led to her death, but the child, simply identified as ‘child one’, insisted that this was a joke.[2] The same child had also been accused of laughing while Abdi struggled to stay afloat.

The family has long been calling for an investigation but were effectively met with mute and delayed responses from the police and the school, who constantly mitigated their views about what really could have happened. Her family and peers continue to remind them that she was a victim of period in the events that led to her death.

Since then, a petition launched by campaigners calling for a full criminal inquiry has reached over one million signatures globally. Protests were held in every major city in the UK, with a greater proportion of protestors from the Somali community. “Justice for Shukri Abdi” and “Black Lives Matter” were emblazoned on placards held by a diverse crowd as they marched through London yesterday. Many could be seen wearing masks at the request of protest organisers to protect themselves and their families from the coronavirus.

Zamzam Ibrahim, the former president of the National Union of Students in the UK, and one of the organisers and attendees of the protests, said:

“We have seen Shukri’s name appear on placards across the world because so many black girls have felt the impact of bullying and abuse at an age where they should have the freedom to grow up safely and happily.”[3]

Since the death of George Floyd, the case of Shukri Abdi has been amplified by the Black Lives Matter movement, which has helped to gain renewed attention into her death. Celebrities such as John Boyega and Ice Cube, as well as Imams such as Shaykh Omar Suleiman, have called for action over the death of the 12-year-old.

For my little sister Shukri. Please, especially those of you in the UK, demand #JusticeForShukriAbdi

Greater Manchester Mayor Andy Burnham recently supported calls for the “widest possible investigation” into her death after receiving around 6000 emails about the issue. [4]

The family has been overwhelmed with the support of the public. The family’s solicitor, Attiq Malik of Liberty Law Solicitors, said:

“It’s amazing how many people have rallied all over the world asking for justice for Shukri. It’s heartening for her family to see this at such a difficult time.”[5]

The inquest primarily investigating the events that led to Abdi’s death began in February, but was adjourned due to the coronavirus pandemic. No date has been set for when this inquest will be continued. It is believed that the inquiry is not examining allegations of bullying at Abdi’s school.

Maz Saleem of the Justice4Shukri campaign said on the first anniversary of the death of Abdi:

“We must hold all those institutions to account that failed to protect her when she was alive and until this very day. We will continue to fight for justice for Shukri and eagerly await the final inquest dates.”

“Justice4Shukri send their solidarity to all social distancing protests held across the country and worldwide today. People are angry that a young black refugee child was neglected by the very institutions that were there to protect her. Systemic and institutional racism played a huge role in this and we believe this was the very reason why Shukri was neglected.”

Although a whole year has passed since the death of Shukri Abdi, and the truth has yet to be revealed, the support and prayers of the public have helped justice for Shukri Abdi come a step closer to reality.