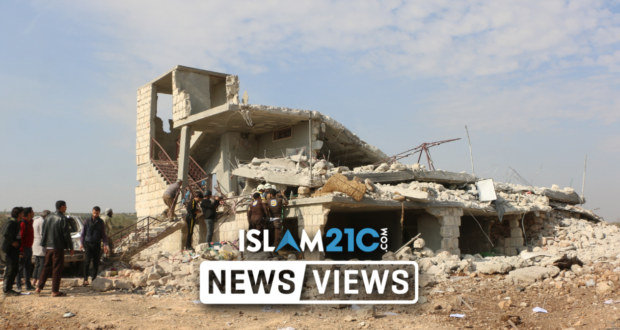 On Sunday, at least nine civilians were killed and a further ten were injured in Russian airstrikes, according to a local civil defence agency. The airstrikes took place in an area of northwestern Syria, which is supposed to be free of any acts of aggression due to a previously agreed cease-fire.

According to the Syrian opposition’s aircraft observatory, Russian warplanes carried out airstrikes on the villages of Bsakla, Uraynibah, and two other villages in the northwestern province of Idlib.

The Assad regime also carried out mortar, gun, and rocket attacks in the Kafr Nabl district, as well as in three other villages in Idlib. Following the airstrikes, civil defence teams launched search and rescue efforts. 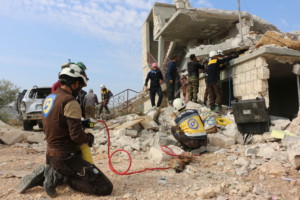 The White Helmets civil defence group has said that the death toll has totalled 75 (including 13 children) from the attacks on residential areas in the Idlib de-escalation zone over the last month.

Attacks by the Assad regime and its ally Russia in the first half of November have displaced some 40,000 civilians within the Idlib de-escalation zone, according to Syria’s Response Coordination Group, a local NGO.

Turkey and Russia agreed in September to turn Idlib into a de-escalation zone, prohibiting acts of aggression.

The Syrian regime and its allies, however, have consistently broken the terms of the cease-fire, launching frequent attacks inside the zone.

The de-escalation zone is currently home to some four million civilians, including hundreds of thousands displaced in recent years by regime forces from all over the war-weary country.

Syria has been locked in a vicious civil war since early 2011. Its eight-year civil war was born out of peaceful protests by Syrian civilians for reform and change in the Syrian regime. The latter’s response was one of violence and brutality, which forced the people to take up arms in defence.

Hundreds of thousands of people have been killed in the ensuing violence, with millions more being displaced, according to UN officials. The Syrian regime, with the backing and support from its allies Russia and Iran, has been able to militarily defeat opposition and rebel fighters, and is regaining territory that had been lost in previous years.

[1] AA [2] https://www.arabnews.com/node/1585306/middle-east [3] https://www.islam21c.com/news-views/syrian-regime-crushed-opposition-and-dissent-through-routine-torture/
2019-11-17
News Editor
Previous: The Greatest of Creation
Next: From Cleaner to Imam: The incredible story of Shalawi Siraje