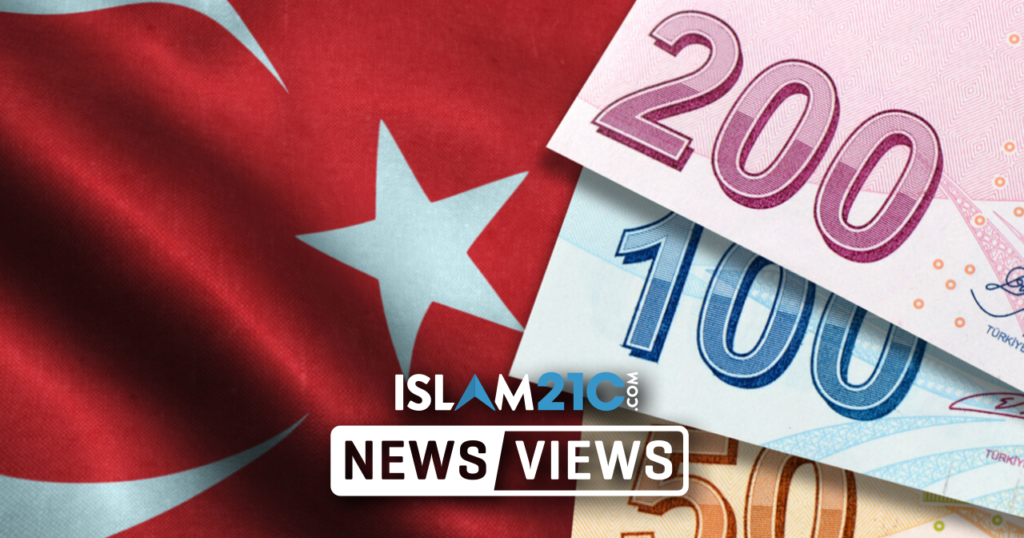 Since the start of the civil war in Syria that has spanned almost a decade, the national currency (the Syrian pound) has come out “worse for wear”, prompting a switch to the Turkish lira in an effort to stabilise the local economy.[1]

Emerging reports confirm that the Turkish lira is now becoming the preferred currency in Northern Syria. The country’s northern regions have made the switch to avoid large price rises, resulting in large losses for the Syrian pound.

Abdurrahman Mustafa, the President of the Syrian Interim Government and the Syria Turkmen Assembly, made the decision to replace the Syrian pound in a statement on Tuesday. Mustafa told the Daily Sabah newspaper:

“In order to protect citizens’ savings due to the rapid depreciation of the Syrian pound, we intensified our negotiations with the relevant Turkish authorities and took the first step in the process of launching small TL [Turkish lira] banknotes, which are vital in daily life, in the north of Syria.”[2]

Backed by the Turkish military, rebel-held areas such as Aleppo and Idlib – which have been liberated by Syrian opposition groups – had already seen the introduction of Turkish lira notes in circulation. Turkish lira coins have also been imported from Turkey.

Hüseyin Bozan, the director of the Turkmen Agency, said that the PTT (national post of Turkey) branch in Azaz, Syria, started to distribute Turkish lira coins in line with a decision by some local councils:

“After coins are launched into the market, everything in Azaz will be priced in TL.”

Charles Lister, Director of the Extremism and Counterterrorism Program at the Middle East Institute, tweeted:

“Turkey was set to do this anyway, but I’d bet Syria’s recent economic collapse accelerated the transition”.

As events in Syria and its surrounding areas have panned out, the rapid depreciation of the Syrian pound and the transition to the Turkish lira was inevitable following the recent financial crisis in Lebanon, years of Western sanctions, and corruption – all heightened by the global Covid-19 pandemic.[3]

Some photos I got from north Aleppo countryside ‘Euphrates Shield’ zone of various goods now priced in Turkish liras pic.twitter.com/he5i78Xk2D

Elizabeth Tsurkov, a Fellow in the Middle East Program at the Foreign Policy Research Institute, said the transition would likely reduce the value of the Syrian pound, especially if the last rebel-held enclave of northern Syria will likely follow suit due to the availability of Turkish lira coins.