#STAND4UYGHURS
Home / News / Syria to be readmitted to the Arab League 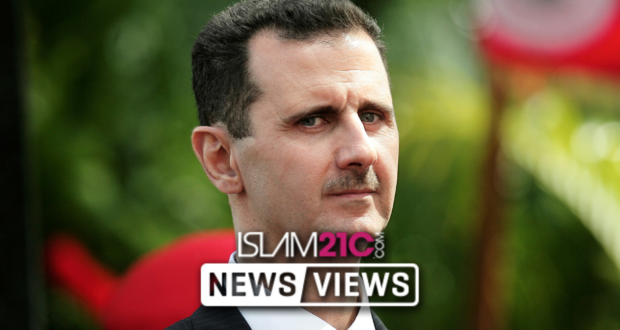 Syria to be readmitted to the Arab League

Syria is to be welcomed back into the Arab League after having been expelled eight years ago after president Bashar al-Assad brutally repressed peaceful protests, leading to years of bloodshed costing hundreds of thousands of lives.

The move to reinstate Damascus back into the bloc has been led by the gulf nations and will see Assad join Arab leaders such as Saudi Crown Prince Mohammed Bin Salman and Egypt’s Abdel Fatah el-Sisi at the League’s table next year.

Many believe that the readmission of Syria into the bloc will mark the end of the so-called Arab Spring, an attempt by Arab citizens to overthrow their long-standing despotic rulers.

Although such attempts were somewhat successful initially in Tunisia, Egypt, Libya and Yemen, these initial successes were then often reversed by the failure to build a stable government as is the case in Libya and Yemen and the return of authoritarian rulers like el-Sisi in Egypt.

Last week Sudanese president Omar al-Bashir became the first Arab League leader in eight years to visit Syria and hold talks with Assad. The visit has been interpreted by many as a move by Saudi Arabia to foster a friendlier relationship with Assad’s regime.

Although Syria is at odds with Saudi Arabia and the UAE due to its close relationship with Iran, whose forces have propped up Assad in Damascus, it is thought that the gulf nations aim to lure Assad away from his traditional allies with the promise of reconstruction and trade as well as normalised ties.

According to the Guardian, there is growing consensus among the members of the Arab League to normalise ties with Damascus despite pressure from the US to not hold a vote on the issue. [1]

Media outlets in Egypt and the Gulf have given positive coverage to the readmission of Syria to the bloc and according to sources in the Guardian, the Emirati embassy in Damascus is due to reopen after being closed for eight years. [2]

Moreover, Jordan has reopened a southern border crossing with Syria and Israel is working with Russia to reduce tensions in the occupied Golan Heights.

Although Damascus will be welcomed back into the fold of the Arab world, it will remain a pariah state on the international stage. A European diplomat said:

“Our position remains firm, however. There’s no credible, genuine settlement process under way yet in Syria, so fundamentally there’s still no incentive for reconciliation with the regime.”[3]

The UN has estimated that around $250bn will be needed to rebuild the country. However, the global body has said that Assad will not receive a penny until he engages with the UN peace process. [4]

The conflict in Syria has entered its 7th year with over 500,000 deaths and no signs of de-escalation. The crisis has increased tensions between the U.S. and Russia and has brought about a gridlock in the UN with Russia vetoing any resolution brought forth by the U.S. and its allies.