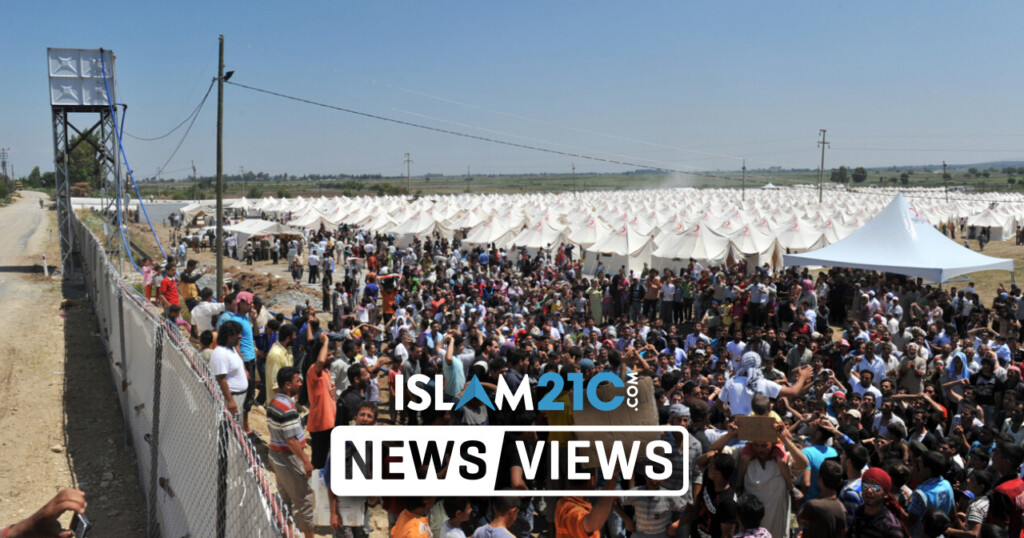 As the brutal Syrian regime and its allies continue to seek to exterminate the remaining rebel-held enclaves – massacring innocent civilians and attempting to force the rebels into surrender – the first case of the deadly coronavirus has now been confirmed in northwest Syria.  [1]

The first case of the deadly virus has raised concerns for the war-torn country where hospitals have been destroyed and camps are overflowing with refugees.

The infected case is a physician at Bab al-Hawa hospital in Idlib near the Turkish border, according to a report on Thursday by a Syrian opposition aid group known as the Assistance Coordination Unit.

The doctor is said to be self-isolating and his contacts are now being traced. Aid groups have warned for months about the risks of an outbreak in the region and the devastating impact it could have on displaced people in crowded camps. [2]

According to a World Health Organization official in Turkey, the hospital where the doctor worked has been closed.

Syria’s eight-year civil war was born out of peaceful protests by Syrian civilians for reforms and changes in the Syrian regime. The regime’s response was one of violence and brutality, which forced the Syrian people to take up arms in defence.

In recent months, tens of thousands of innocent civilians have fled the Idlib province in Syria after airstrikes and bombings were intensified by the Russia-backed regime forces.

The deadly coronavirus was first detected in Wuhan, China in December, but is now prevalent in 213 countries and territories around the world, as well as two international conveyances.

At the time of writing, over 12.4 million cases of COVID-19 have been registered worldwide, with more than 558,000 deaths. [3] Indeed we belong to Allāh, and to Him we shall return. We ask Allāh (subḥānahu wa taʿālā) to keep us all safe, healthy, and able to take this opportunity to turn back to Him, seeking forgiveness.

On a more positive note, over 7.2 million people have recovered so far from the virus, Alhamdulillāh.

May Allāh (subḥānahu wa taʿālā) have mercy on those that have passed away, ease the suffering of the people of Syria, and bring an end to the brutal Assad regime. Āmīn. May Allāh (subḥānahu wa taʿālā) cure our sick, protect our elderly, and accept those that have returned to Him after being afflicted with the coronavirus as martyrs. Āmīn.