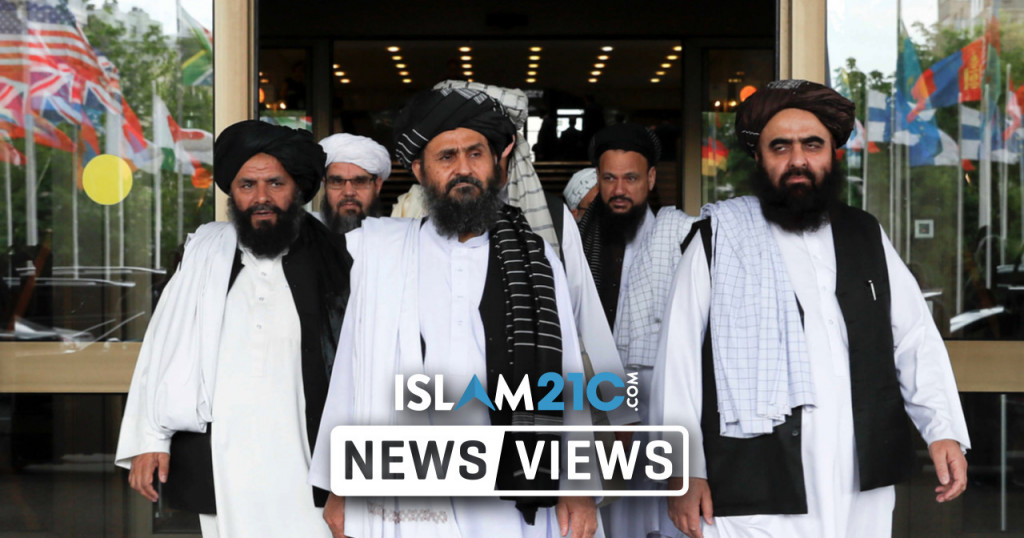 As a stopgap measure, the Taliban has announced a provisional set of figures who will lead the country’s government for the indefinite future. Included in the Cabinet is Mohammad Hassan, who has been named the acting Prime Minister of the Islamic Emirate of Afghanistan. Hassan is one of the founding members of the Taliban, and a former foreign minister and deputy Prime Minister of the preceding Islamic Emirate, which existed in the late 90s. The veteran Taliban political leader has headed the main decision-making body – the Rehbari Shura (leadership council) – for a number of years. [1] [2]

In a statement accompanying the announcement of the caretaker Cabinet, the new leadership of Afghanistan stated:

“Our message to our neighbours, the region and the world is that Afghanistan’s soil will not be used against the security of any other country.” [3]

Other figures who have been appointed to senior positions within the government include Abdul Ghani. He was the person in command of the Taliban’s political office in Doha, Qatar, until recent developments saw the US and its allies flee the rugged mountainous nation in August. Ghani has been selected as the first acting deputy Prime Minister. Another key negotiation team member of the Taliban’s Qatar office, Abdul Salam Hanafi, has been chosen as the second acting deputy Prime Minister. [3] [4]

As political chief, Ghani represented the Taliban during negotiations with the US, which ultimately led to the 2020 peace deal and served as the precursor to August’s chaotic withdrawal of NATO forces. In welcoming the agreement with the Taliban, then US President Donald Trump said in remarks at the White House that it was “time for someone else to do that work [targeting terrorists] and it will be the Taliban and it could be surrounding countries”. He further added, “I really believe the Taliban wants to do something to show we’re not all wasting time.” [5]

The 2020 deal was signed between US special envoy Zalmay Khalilzad and Ghani, with US Secretary of State Mike Pompeo attending as a witness. Afterwards, Ghani expressed his hope that the country could heal from decades of foreign occupation and conflict, and be able to move forward from its dark past:

“I hope that with the withdrawal of all foreign forces from Afghanistan the Afghan nation under an Islamic regime will take its relief and embark on a new prosperous life.” [5]

A year has passed since the Doha Agreement was signed. Afghanistan now is once more an Islamic Emirate, twenty-one years after the US and its allies invaded and dismantled the last Taliban government. On the international stage, heavy hitters including Germany, Japan, and China have welcomed the new government in a cautious manner. They are likely seeking to make diplomatic progress whilst being pragmatic and recognising that the new government will need to be engaged with at one point or another. [6]

The international community had in recent weeks advised the Taliban to ensure that an ‘inclusive’ government is established, by including women, other political parties, and tribal representatives. However, the decision by the group to announce an all-male Cabinet is one which has raised eyebrows. In addition, the inclusion of Sirajuddin Haqqani as minister of the interior – who happens to be on the FBI’s most-wanted list – will no doubt be a thorny diplomatic theme. At the same time, however, the choices for the Cabinet positions demonstrate the Taliban’s willingness to do things in ways it sees fit, not in ways that merely appease others.

On Wednesday, Molvi Hasnain, a Taliban military commander, gave foreign journalists a tour of a former CIA black site, which was situated in a Kabul compound called Camp Eagle. It was there that the CIA engaged in torture practices that the Bush Administration infamously referred to as “enhanced interrogation techniques”. Today, the former black site sheds light on the true nature of America’s abysmal record in human rights. It is likely that further sites of a similar nature will be revealed in due course, as the Taliban government seeks to expose the Western coalition forces that ravaged Afghanistan and its people for the past twenty years.