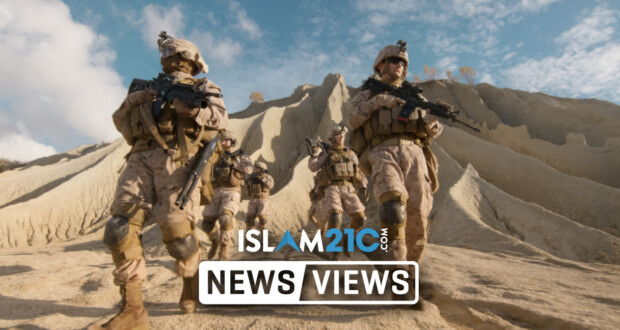 The Taliban have elaborated on recent remarks by a negotiating delegation that met in Moscow earlier in March for inter-Afghan dialogue, and which at the time said that if the US chooses to extend its two-decades-long presence in Afghanistan, any “violation will have a reaction”. [1] [2]

A statement released on Friday warned that the Taliban would be “compelled to … continue its Jihad and armed struggle against foreign forces to liberate its country,” providing the US and other foreign troops decide to remain beyond the May 1st deadline in contravention of the negotiation agreements that took place between the former Trump administration and the Taliban in 2020. [1]

The updated statement and added clarity to a previous Taliban statement came swiftly after US President Joe Biden said on Thursday that he would find great hardship in withdrawing his soldiers from Afghan soil by May 1st.

When questioned by reporters if he feels US troops will remain in Afghanistan in 2022, Biden said, ”I can’t picture that being the case,” adding, “It’s not my intention to stay there for a long time … We will leave. The question is when we leave.” [1]

The Taliban have reiterated that they remain committed to the 2020 peace agreement, saying it is the “most sensible and shortest path” to end the decades-long war. However, it said liability for the extension or prolongation of the peace deal “will be on the shoulders of those who committed this violation…” [1]

In line with the February 2020 agreement, which set the May 2021 deadline for all foreign troops to vacate Afghanistan, the Taliban have honoured their pledge to defend areas under their control from being used by terrorist groups. However, there remains the sporadic report of a US airstrike or Taliban attack on Afghan government officials. [3]

In light of Biden’s remarks and the Taliban’s follow-up statement on the action it would take if the US reneged on the peace agreement, German lawmakers on Thursday evening added to the complexity of whether a complete exit by all foreign powers is realistic.

German legislators voted to maintain a contingent of up to 1,300 troops in the Central Asian country as part of a NATO peacekeeping mission expected to end on 31st January 2022. [4]

Prior to Thursday’s vote, the mandate for German soldiers being in Afghanistan was due to end in March. With the new extension to the NATO mission, Berlin has argued that any premature exit from Afghanistan may be risky as it would leave the nation vulnerable to the Taliban resuming attacks on the Afghan government.

Australia is another Western nation with a military presence in Afghanistan. It was recently rocked by the Brereton Report published in November 2020 that investigated war crimes perpetrated by Australian soldiers, including the murders of over 39 unarmed civilians and prisoners, in addition to a number of instances of torture. [5] [6]

Even after Major General Paul Brereton’s report – officially called the Inspector-General of the Australian Defence Force Afghanistan Inquiry Report and which covers the Australian involvement in Afghanistan from 2005-2016 – there have been no resulting criminal investigations into the accused, with one website suggesting the Australian media as well as the government are covering up these horrendous war crimes. [7]

There are now only five weeks remaining before the May 1st deadline, and it is most concerning that the US is leaving a final decision on the matter until the eleventh hour.