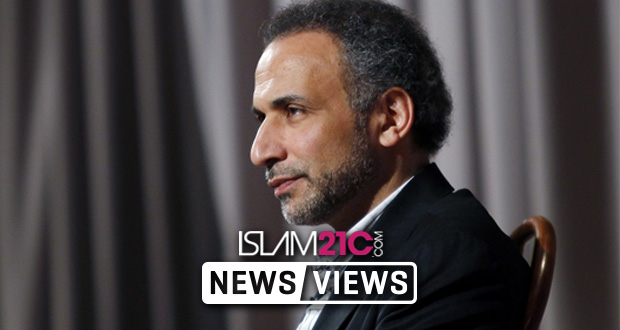 Tariq Ramadan’s rape accuser’s story has collapsed after text messages found on Christell’s phone which “prove there has never been rape”, cited by Le réveil citoyen. [1]

According to Le réveil citoyen, the accusers:

“Cell phone data were added to the file the day before the response to the Professor’s request for release. Let us recall here that some of this equipment (computers and laptops) was in possession of the justice since February 2018, while the investigators had Christelle’s cell phone since April 2018. These text messages exchanges could have proved from the beginning that no rape has been committed. The investigation may have taken a different turn. However, it is only on September 25 that the analyses were added to the file, just before a release could have been possibly announced.” [2]

“But the most questionable aspect in Christelle’s narrative, apart from inconsistencies and witnesses cited, yet never found by the investigators, is the multitude of details described in her interview with Vanity Fair magazine, but also during the hearings before the judges, which are absolutely not corroborated by Christelle’s text messages.

On the other hand, the expertise proves two essential elements: there were indeed collusion between the complainants, which explain the multitude of similarities in the stories. Moreover, the expertise confirms again contacts between the accusers and detractors of Tariq Ramadan, including Caroline Fourest.” [3]

In this latest revelation, investigating judges have again refused to reconsider Professor Tariq Ramadan’s continued inexplicable detention and have rejected his release request.

Professor Ramadan continues to be held in detention in France after voluntarily attending police questioning earlier this year. [4] The professor’s health continues to deteriorate as a result of multiple sclerosis and neuropathy, with the neurologist informing him that his symptoms might be irreversible.

Despite medical examinations and the chief doctor of Fleury Mérogis confirming that his health condition is incompatible with detention, [5] the French authorities have held him under solitary confinement and initially denied him visitation rights for the first 45 days – with no justification for such treatment. [6]

“Tariq was walking the day he entered prison, today he comes to the visiting room in a wheelchair.” [7]