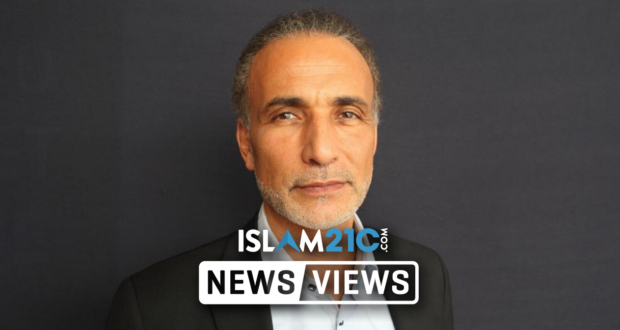 Over 150 prominent professors, academics, scholars, politicians, activists, and internationally renowned intellectuals from all corners of the world have signed an international call concerning the “Tariq Ramadan case”.[1]

The call, which has been sent to the French Minister of Justice, Madame Nicole Belloubet, demands an immediate halt to the indictment of the respected University of Oxford Professor and public intellectual Tariq Ramadan’s case.[2]

“This process has gone on far too long by French investigating judges, Camille Guillermet, Camille Palluel and Cyril Paquaux. Their bias, lack of impartiality, neglect of key evidence, delaying of key information, and ignoring investigations brought forward by the French Criminal Division has been astonishing. In their role as “investigating judges”, it is surprising that they have chosen to ignore exculpatory evidence and suspicious connections between the plaintiffs and long-time critics of Professor Ramadan.”

“It has been two years since professor Ramadan was indicted, nine months of which were spent in pre-trial solitary detention, despite the chief prison medical authority confirming his health was incompatible with incarceration due to illness. Professor Ramadan was also denied access to his case file and thus to the necessary means of preparing his defence. His right to a speedy judicial process has been ignored. Since his release in November 2018, the turn of events has been even more worrying.”

Last year, findings from the new Criminal Brigade’s investigations claimed to clear Professor Tariq Ramadan of baseless allegations and also reveal the political underpinnings of a ‘judicial fiasco’, according to the Horizons Association.[3]

The Paris Criminal Brigade added new decisive elements to the investigation file, which “clearly prove” the innocence of Prof. Ramadan. It also adds how the allegations were politically inspired.[4]

Prof. Ramadan, who has amassed millions of followers across the world, was arrested following accusations of rape. However, the accusations were followed by inconsistent stories, “missed” evidence, and stories close to collapsing.[5],[6],[7]

Questions are continuing to be asked about the arrest and subsequent treatment of the prominent Muslim scholar, who was hospitalised during his detention.[8] Prof. Ramadan was arrested in Paris having attended voluntary questioning, which was promptly followed by his arrest.[9]

In November 2018, Prof. Ramadan was released on bail following a court hearing in front of an appeal judge in France, who decided to release him on conditional release as the allegations continued to be investigated.[10]

This latest statement, which includes a signatory by a Nobel Peace Prize laureate, further adds:

“Has Professor Ramadan been granted the equal treatment so prized by France when high-ranking political figures, artists, and film producers accused of similar offenses have their rights protected like a gold standard? Is there one form of justice for Muslims in France and another for everyone else?”

“Has Professor Ramadan benefitted from a fair and equitable legal process, one in which he is presumed innocent until proven guilty?”

The statement appealed to the Minister of Justice to address the concerns of the signatories and called on a a fair and just process to be implemented. In addition, the statement called for action against the Magistrates in charge of Tariq Ramadan’s case, stating that if they are not able to properly do their work with the impartiality required by the Judiciary’s code of ethics, they should be removed and replaced by truly impartial judges.

The case against Prof. Ramadan has thus far been littered with controversy and an alarming disregard for standard protocol. In the days following his detention, it was revealed that key evidence was “missed” by prosecution that showed that Prof. Ramadan was travelling at the time of one of the alleged crimes.[11]

Moreover, another accuser’s story was close to collapsing after it was revealed that she was in fact at her brother’s wedding on the night she claimed Prof. Ramadan raped her, according to Le Point.[12]

Furthermore, following Prof. Ramadan’s arrest, it later emerged that he was being held in solitary confinement in a high-security prison,[13] despite there being no clear case for such severe treatment. Prof. Ramadan was denied bail several times, having been held under “temporary custody”, a procedure usually reserved for those considered a flight risk.[14]

Reports emerged that Prof. Ramadan’s health continued to deteriorate as a result of multiple sclerosis and neuropathy. Despite medical examinations and multiple physicians confirming that his health condition was incompatible with detention,[15] the French authorities held him under solitary confinement and initially denied him visitation rights for the first 45 days.[16]

Following his arrest, there has been a smear campaign by media outlets that have erroneously taken these false accusations without conducting any independent investigations.

Reckless commentators have nonetheless fed their narratives on an unconfirmed allegation made by a self-labelled ‘secular liberal activist’ who associates her ‘freedom’ with the removal of the hijab and many other normative and widespread Muslim customs she dubs ‘Salafism’.[17]

Many islamophobic mouthpieces launched smear campaigns against Prof. Ramadan, including attempts at deriding his ancestry to the founder of the Muslim Brotherhood, Hassan al-Banna (rahimahu Allāh). It includes those owned by oligarchs who recently listed the Muslim Brotherhood as a terrorist organisation, namely, Al Jazeera’s desperate rival Al Arabiya.

However, many of those behind these vile smear campaigns have remained silent since it became clear that the accusations against Prof. Ramadan were baseless and followed by a lack of impartiality, inconsistent stories, “missed” evidence, and stories close to collapsing.

2020-05-01
Hamad Momin
Previous: India’s BJP leader: ‘Do not buy from Muslims’
Next: Ramadan on the Front Line