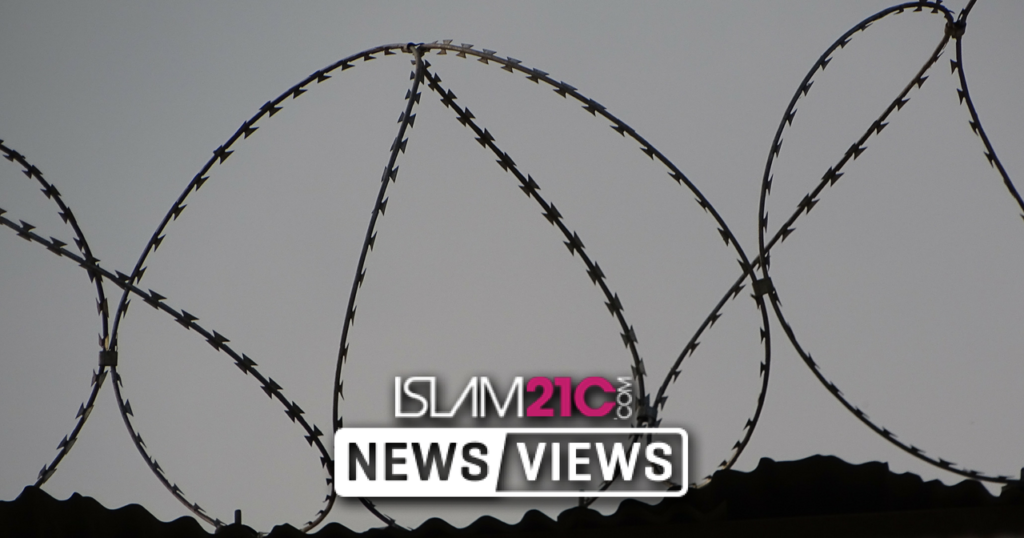 In what has been an embarrassing few weeks for the UK Government, the scale of their alleged complicity in inhumane illegal torture post 2001 is gradually coming to light.[1] Having spent decades calling others to honour basic human rights, their hypocrisy in making such calls is now being exposed over their treatment of Muslim suspects.

Whilst the actions covered by the damning reports pertain to former British Prime Minister Tony Blair’s government, it is well-known policies such as the toxic Prevent strategy and Schedule 7 which continue to garner significant support within the Tory ranks. One wonders what continues to go on behind closed doors, especially with Theresa May’s eagerness to please US President Donald Trump.[2]

In an open letter written to the Guardian, ten former prisoners, all of whom were held without charge or trial, said: [3]

“We, the former British nationals and residents who were imprisoned by the US government at secret prisons in Kandahar, Bagram and Guantánamo, call on the British government to order a comprehensive and transparent judge-led public inquiry into the perpetrators of this abuse, and the individuals who ordered it, following the report by the Intelligence and Security Committee (ISC) released last week (Revealed: true scale of UK role in torture and rendition, (29 June).

Despite its limitations, the report confirms everything we have been saying over the course of almost two decades: that British intelligence services were wilfully complicit in our kidnap, false imprisonment, torture and other mistreatment.

The statistics revealed in the ISC report have astounded even us but we know that this is the tip of the iceberg.

We are, however, painfully aware that reports and inquiries of the government by the government into its own abuses have not resulted in justice. For example, the US Senate published a report in 2014 that admitted CIA agents had extraordinarily renditioned and tortured 119 prisoners during the course of the “war on terror”. Despite admitting these war crimes, no prosecutions against the perpetrators have ever taken place.

On the contrary, since then the US has elected a president who believes that “torture works” and who has appointed someone who ran a torture facility to head the CIA, despite reports alleging she ordered the destruction of evidence documenting torture. He has also signed an executive order to keep Guantánamo open. Therefore, there must be meaningful accountability in the very highest corridors of power to ensure that such crimes never recur.

Between us, we have spent close to 90 years imprisoned without charge or trial. We have endured cruel, inhuman and degrading treatment. However, we really do want to put this episode behind us.

We were pleased to learn about the prime minister’s recent apology given to Libyan torture survivors Abdel Hakim Belhaj and Fatima Boudchar. It is now time that we, citizens and residents of this country, also receive a long overdue apology and see the perpetrators of our abuse brought to account.”

May Allāh (subḥānahu wa taʿālā) hasten the release of all of those held unjustly by oppressive regimes, and bring them justice in the Dunyā and Ākhira, Āmīn.