The biggest threat to free speech at universities is Prevent 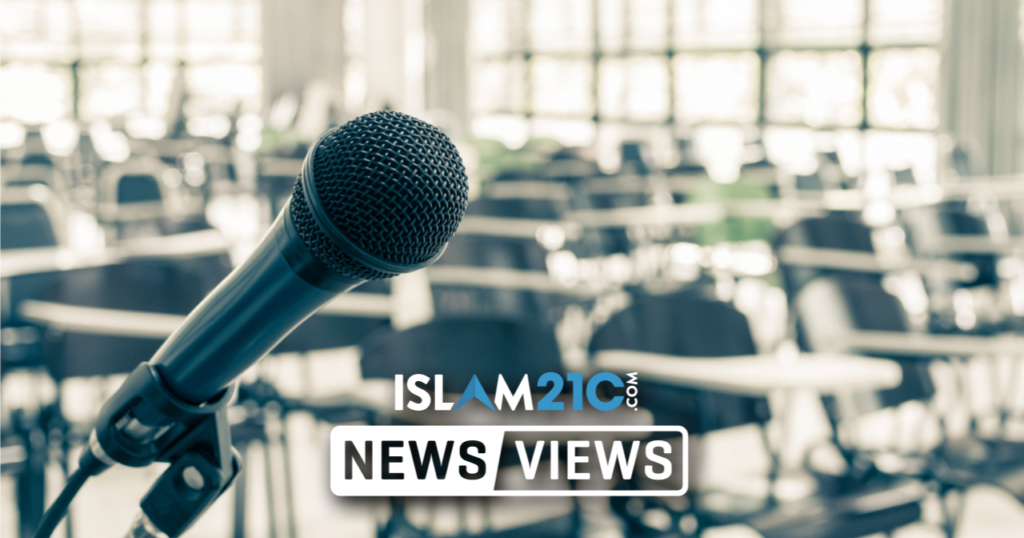 The government’s counter-terrorism strategy, Prevent, is the biggest threat to free speech at universities, according to Corey Stoughton, the advocacy director of human rights organisation Liberty. [1]Corey Stoughton said that Prevent has had a “chilling effect” as a result of the tactics of the strategy for monitoring campus activism. She said it particularly impacted students of black and Muslim backgrounds and provoked self-censorship due to the of fear of being labelled as ‘extremist’.

“Indeed, it is an almost Trumpian manoeuvre to distract from a series of government policies that deliberately set out to stifle debate and disempower the voices of people on campuses who may challenge government orthodoxy.”

According to figures published by the Office for Students, last year, in more than 300 higher education institutions in England alone, almost 60,000 speakers and events were considered under the Prevent strategy. The figures also show that over 2,100 events were approved but with imposed conditions for them to be permitted to take place. [2]

“Through the Prevent strategy the government imposes obligations on universities and members of university communities that either directly interfere with speech or have the foreseeable and actual effect of chilling the exercise of free expression.

There is every reason to believe that black and minority ethnic students and academics, as well as those of Muslim faith, will be caught up in the Prevent programme, and even more reason to know that their exercise of the right to freedom of speech, conscience and association has been compromised.”

In addition, research carried out by academics at SOAS University of London, concluded that Muslims students were “modifying their behaviour” as a result of Prevent, due to fear of being targeted, discriminated, and stigmatised as being an ‘extremist’.

Prevent is one of the four stands of the Government’s counter-terrorism strategy which is known as ‘Contest’. Unlike the other strands — which exist to deal with things related to actual ‘terrorism’ — Prevent was created to combat ‘extremism’, which was defined as the opposition to “British values”. This was due to the misguided, ideologically-based belief — now rejected by the Government — that something called “extremism” causes ‘terrorism’. [3] This underlying “radicalisation” theory still remains in Prevent vocabulary despite the Government distancing itself from the refuted conveyor belt theory and the ERG22+ “extremism” risk factors that were once offered as justifications for the policy, before their “scientific” basis was condemned by 140 experts across the world off the back of a CAGE report exposing it as “pseudoscience”. [4] [5] [6]

The United Nation special rapporteur on racism stated that “the Prevent duty is inherently flawed, and expansion of a flawed program to cover more groups is by no means curative”. [7] This expresses that the targeting of far-right groups does not obfuscate the harm carried out by the Prevent strategy.

Figures published by the Home Office display an increase in Prevent referrals across the country, overwhelmingly targeting Muslims. 65% of the 7,631 referrals noted in the released figures refer to Muslims, despite being approximately 5% of the population. 56% of the total referrals were aged 20 or under, whilst a quarter of the referrals were of under-15s. Most of the referrals came from the Education sector, followed by the police. [8] [9]

Muslims comprise approximately 5% of the United Kingdom, [10] and less than 5% of the perpetrators of “successful and foiled” ‘terror’ plots, [11] yet they are vastly overrepresented in the counter terrorism matrix—from Prevent referrals to Schedule 7 stops and searches to ‘terrorism’ convictions. Not only does this lead to unjustified fear and panic from the broader population but contributes to the alienation and disenfranchisement of many young or mentally vulnerable Muslims. [12]

This is one of the reasons that an increasing number of researchers and activists have been warning that Prevent is not just ineffective but actually counterproductive. A sense of alienation, disenfranchisement, experience of racist double standards, and so on, have long been significant empirically-determined causal factors involved in the likelihood of some people to be drawn into political violence and ‘terrorism’, emphatically not the non-violent beliefs and opinions — be they “radical” or not — that the Prevent programme has been focusing its attention on. [13]

[7] OCHCHR. 2018. End of Mission Statement of the Special Rapporteur on Contemporary Forms of Racism, Racial Discrimination, Xenophobia and Related Intolerance at the Conclusion of Her Mission to the United Kingdom of Great Britain and Northern Ireland. ONLINE: United Nations.

[10] According to the 2011 Census, Office for National Statistics.