The first UK city to recognise Palestine as a state is…Sheffield! 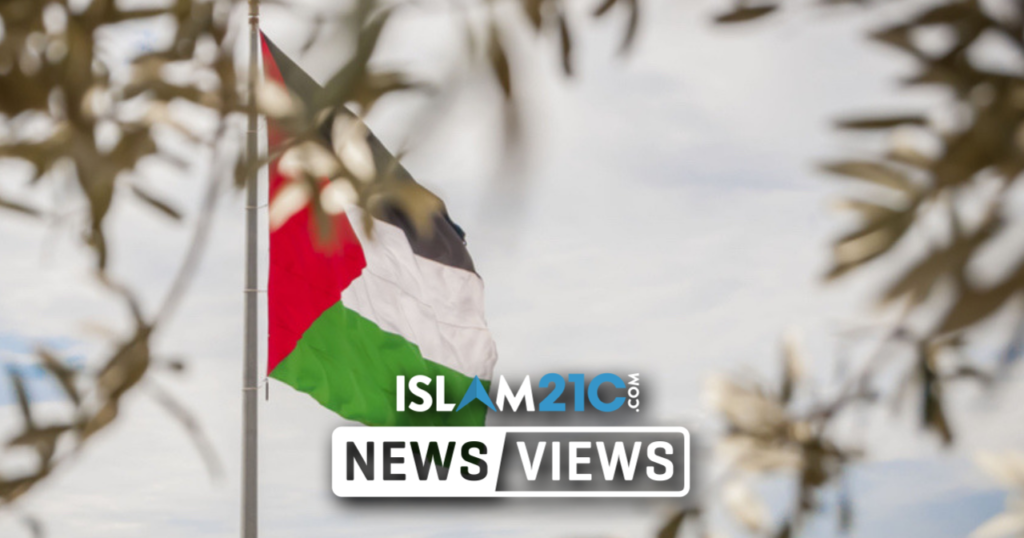 Sheffield City Council has passed a motion formally recognising Palestine as a sovereign state, a “symbolic gesture” they hope paves the way for other cities, and the UK government, to follow in their footsteps. [1]

The Labour-controlled local council unanimously passed the motion on Wednesday, before the raising of the Palestinian flag in a ceremony outside the city’s Town Hall by the UK’s Palestinian ambassador, Husam Zomlot.

The Labour party’s national leader, Jeremy Corbyn, has previously pledged that Palestine will be recognised as a full state as part of UN and UK law if the party is elected into power, thereby increasing the pressure on the current Government run by the Conservatives.

The motion passed by Sheffield City Council called for the recognition of Palestinians’ rights to their own state. It read, “There has to be a right of the Palestinian people to live in peace and security as well as the right of Israel.”

It first gained traction through a petition by the Sheffield Labour Friends of Palestine, which was later presented by council leader Julie Dore back in July of this year.

Almost 14,000 people signed the petition to recognise Palestine as a state. Julie Pearn, the chair of the committee, commented: “The size of the petition is unprecedented and demonstrates the wish of ordinary citizens to see justice for Palestinians, who have suffered dispossession of their homes, Israeli military occupation, human rights abuse and siege over the decades since 1948.”

“While largely symbolic, Sheffield’s recognition of the Palestinian right to statehood would be significant. The UK government has always taken a timid approach under United States pressure, but many feel that the tide of public opinion is turning.

Sheffield would be the first UK council to take this step and set a precedent, just as happened with its recognition of Somaliland as an independent state, which other councils followed.” [2]

As expected, the move has been criticised by some, with Zionist Federation chairman Paul Charney remarking:

“In this instance though, rather than questioning whether ‘Palestine’ should be recognised as a state or not, the more pertinent question is why a British local council is meddling in international politics when it is not their role or place to do so.

Whilst on the one hand, the council have confirmed their intention is to use it to encourage the UK government to recognise ‘Palestine’ as a state, something some ‘two-staters’ may see as a positive step in that direction, the reality is that Sheffield Council is dabbling in gesture politics on issues entirely outside of their control.” [3]

However, councillor Neale Gibson anticipated the questioning of their decision from local campaign groups.

“There will be some pro-Israel groups that no doubt write letters of complaints.

“We’d had them before, but we think we’re doing the right thing. The intentions are right so we will stand by our decision.”