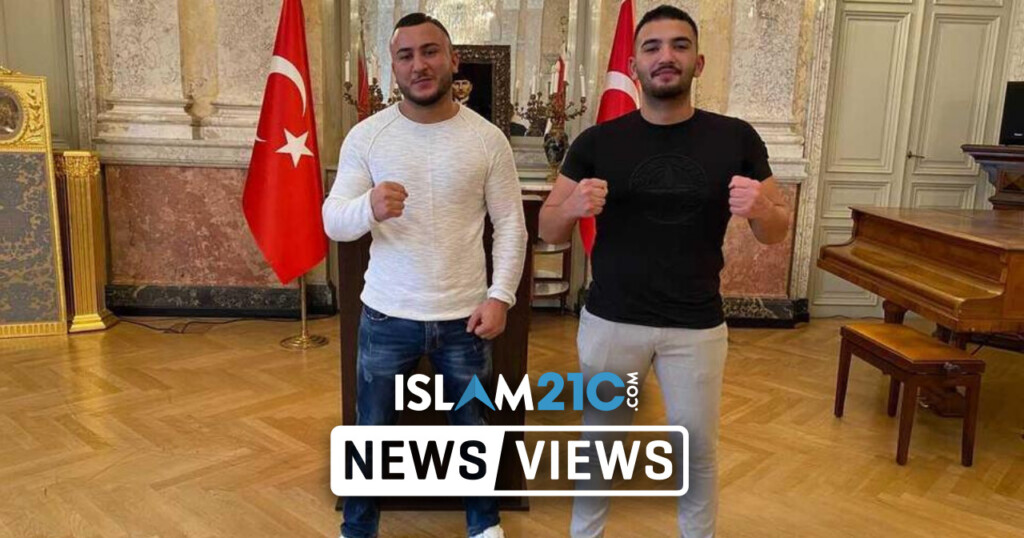 Three Muslim men have been commended for their heroic actions during the Vienna terrorist attack on Monday.

Two Turkish men and a Palestinian man risked life and limb to save others during the recent shootings in the capital city of Austria.

Recep Tayyip Gultekin, a Turkish Muslim, courageously took a bullet to the leg while saving an injured woman and a police officer during the terrorist attack.

Gultekin told Anadolu Agency that he was at a café with his friend Mikali Ozen when the terrorist opened fire on members of the public and the police.

When Gultekin saw a woman in the midst of the violence, he leaped in to move her out of harm’s way, taking a bullet to the leg in the process.

After taking the woman to safety, Gultekin aided an elderly woman in shock. Despite his wound, Gultekin put his life on the line again when he saw a police officer injured in the crossfire.

“Other policemen were watching, I shouted at them for help, but they didn’t do anything,” Gultekin said, “I said to Mikail, we’ll handle this.”[1]

Gultekin and Mikail reached the injured police officer and carried him to an ambulance.

“I was holding him from his back, and Mikail was carrying his feet,” Gultekin said, adding that the officer had lost a lot of blood from his injury.

He added: “If the same thing happens tomorrow, I wouldn’t hesitate to save people. I don’t want to see discrimination between Muslims, Jews, or Christians. Terror has no place in these religions. Terror is terror everywhere.”

Meanwhile, Osama Joda, a 23-year-old Palestinian man, put his life on the line to help a wounded police officer during the gunfire.

In an interview with the German daily Kurier, Joda said he heard several gunshots while working at a nearby fast-food restaurant in Schwedenplatz square.

After seeing a police officer wounded in the crossfire, Joda risked his life and helped drag the officer behind a concrete block for cover. Osama tried to stop the bleeding and called other officers for help.

Even as the attacker continued shooting at innocent people in the street, Joda helped the wounded police officer get to an ambulance.

The Vienna Police thanked Joda for his bravery and gave him an honorary medal to commemorate his heroism. [2]

In a later interview, Gultekin and Ozin said: “We’re Muslims of Turkish origin, we hate any kind of terrorism. We’re with Austria, with Vienna, we respect Austria.”[3]

Turkish President Recep Tayyip Erdoğan called the pair to congratulate them. In the call, President Erdoğan told the pair he was proud of them and joked with Recep Tayyip Gultekin that it was a nice coincidence that they shared the same name.

“Keep helping them [the Austrians],” the Turkish president said.

“They may not understand us but we understand them. We love the created due to the Creator, regardless of their religion or sect,” President Erdoğan added, “I know that you have suffered from serious issues in Austria, and your only fault is the fact that you are Muslim, but for us being a Muslim is something to be proud of.”[4]

Five people, including an attacker, were killed during the tragic terrorist attack, and 22 others were wounded.

The 20-year-old man accused of carrying out the attack was shot dead by police during the incident. The attacker was released early from jail in December despite being a well-known Daesh sympathiser. Austrian police and intelligence knew full well that the attacker was an extremist as he was arrested last year for attempting to travel to Syria to join the extremist group.

The BBC, The Daily Mail, The Telegraph, and others covering the incident failed to mention that the heroes are Muslim, while making it clear that the terrorist is an ‘Islamist’. As ever, the mainstream media has chosen instead to maintain the negative representations of Muslim that they intentionally perpetuate.[5],[6],[7]