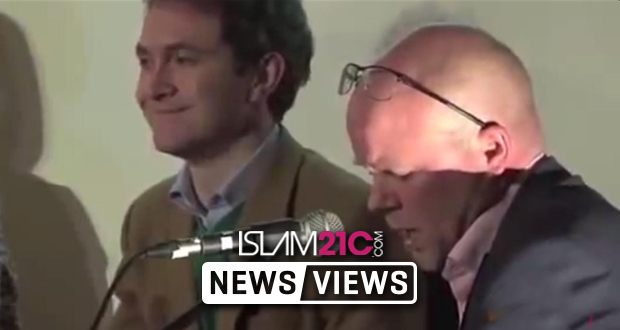 Former right-wing journalist and free school advocate Toby Young has been appointed to the board of the newly formed Office for Students (OfS), causing controversy. The OfS was created purportedly in response to concerns over students receiving “value for money” for their degrees which have lowered them into increasingly greater debts.

The decision to appoint the controversial conservative in a role advocating on behalf of university students has been met with backlash. Described as being “anti-inclusion and teacher deriding”,[1] Young’s appointment is being described as yet another example of the Conservatives’ loyalties and priorities. With increasingly right-wing representatives usurping high-level positions of institutions to which they have little justification or experience, many are worried about a rigged system to ensure Tory interests are paramount, with little regard to how it hurts the integrity of our institutions.[2]

The general secretary of the Universities and Colleges Union (UCU), Sally Hunt, said:

“If this organisation was to have any credibility it needed a robust board looking out for students’ interests….Instead we have this announcement sneaked out at new year with Tory cheerleader Toby Young dressed up as the voice of teachers and no proper representation from staff or students.”[3]

The concern are not only due to the fact that political ideology and values appear to be given precedence over merit, qualification and public interest, cited examples being a foreign secretary making jokes about dead victims in Libya, a Tory whip who publicly used the N-word, or a health secretary that co-wrote a book about privatising the NHS.[4]

Rather, concerns for “heretics” of right-wing tastes and values may be raised due to the tendency of right-wing ideologues to parachute their friends into places to “politicise” sectors within civil society.

The extreme neoconservative—and friend of Toby Young—Michael Gove wreaked monumental havoc on the education sector in general, particularly for “politicising Ofsted” and turning it into a “political weapon” according to educationalists.[5] His appointment of Michael Wilshaw (later replaced by the even more controversial Amanda Spielman, whose lack of qualification for the job was made a point of by MPs[6]), coincided with Ofsted’s obsession with policing “British values” and Muslim schools, and of course the infamous “Trojan Horse” scandal which turned out to be a hoax,[7] after the damage was done.

This also echoes the damage caused to the third sector following the appointment of the neoconservative William Shawcross to head the Charity Commission, coinciding with the Commission’s apparent “anti-Muslim bias”,[8] and its embarrassing exposure during a judicial review launched by advocacy group CAGE.[9]

Is the politicising of the nation’s institutions a structural and calculated move of control?

Dr Salman Butt, who is currently engaged in legal proceedings against the government over Prevent in universities,[10] said:

“Jo Johnson the universities minister has already shown ideological motivations masquerading as “protection of free speech” in his differential treatment of white “liberals” and Muslims whose views he may dislike. Whilst selling the need for the new OfS regulator, he recently condemned universities and even the NUS for no-platform policies applying to the likes of Peter Tatchell and Germaine Greer, threatening with fines. Why? Because they are advocates of what he calls “liberal values” and they “should be welcomed on our campuses.”[11]

“On the other hand, he has in the past condemned the NUS for their effective refusal to restrict the free speech of those who do not advocate “British values” under the structurally racist pretext of Prevent. He was even involved in the infamous press release of September 2015,[12] urging universities to effectively ban Muslim speakers (including myself) despite not falling anywhere near the legal thresholds of “hate speech” or “terrorism” routinely used as an excuse to silence debate and criticism of foreign and domestic policy.”

A ray of hope

The alleged corruption, hypocrisy and propagation of the old boy’s network by Conservative politicians is feared to have ruined previously “impartial” regulatory bodies in the past, transforming them into peddlers of Tory ideologies and suppressors of democracy in practice in the UK. Will the OfS turn out the same? A statement Young made in 2011 may offer a ray of hope that Young may in fact be against Prevent and the whole rhetoric about so-called “British values” in universities.

Admittedly whilst on a panel with an anti-Muslim neocon, Douglas Murray (a few years after the latter said that “Conditions for Muslims in Europe must be made harder across the board”[13]), Young criticised the said that:

“Why do I think that schools ought not to be in the business of transmitting the values that the teachers believe society ought to prize? […] For one thing, the problem with putting the emphasis on the transmission of values is that inevitably there’s a political bias. It also promotes a kind of conformity, […producing students] who aren’t going to question the prevailing values of the larger society […] and I think that kind of conformity is dangerous in a democratic society.”[14]

If Young was sincere in his remarks then one would look forward to him being at the forefront of campaigns for repealing Prevent and similar anti-multiculturalist impositions of so-called “British values” in his new role. If, however, his remarks were reserved for left-wing teachers whose values he does not share—much like how Jo Johnson’s concern for free speech appears to be reserved for “liberals”—then the fears of cronyism and entryism may indeed be warranted.

[12] https://www.gov.uk/government/news/pms-extremism-taskforce-tackling-extremism-in-universities-and-colleges-top-of-the-agenda which is now subject to ongoing legal challenge: