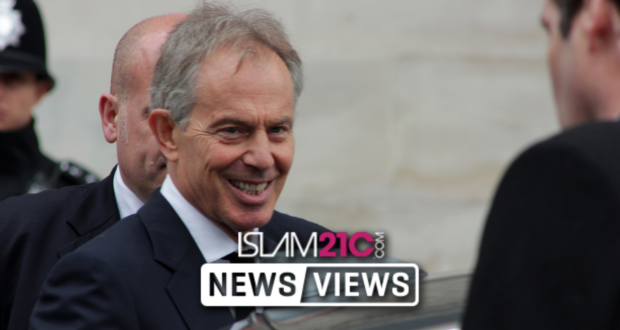 A new report released by the Tony Blair Institute has been accused of remoulding Islamic beliefs and delegitimising Muslim voices by associating legitimate dissent with extremism.

The report, entitled ‘The Narratives of Division: The Spectrum of Islamist Worldviews in the UK’, has been criticised for using a defunct and disbanded fringe group, Al Muhajiroun (ALM), as a ‘measurement’ for extremist beliefs.

It then uses this ‘measurement’ on legitimate and mainstream Muslim organisations to erroneously gauge any forms of extremism through their profiles on social media posts and press releases.

Moreover, statements made in these posts and press releases are compared and overlapped with the core themes of ALM and as such these Muslim organisations are guilty-by-association.

Furthermore, the report has been accused of purposefully redefining Muslim beliefs and narratives, erroneously categorising various theological opinions on a spectrum of extremism to confuse the reader on what belief is extreme, all the while presenting its political viewpoint as neutral.

The report also sets out to criminalise legitimate and legal forms of critiquing state power and the abuse of it. Such a critique is framed as anti-western despite overwhelming evidence of engagement between the government and Muslim organisations.

Advocacy group CAGE has called the report “academically flawed” and has criticised its methodology in reaching the conclusions mentioned above.

“The report lacks academic rigour: it does not adhere to an academically sound methodology; instead it justifies a seemingly predetermined belief about the groups that it has set out to delegitimize.”

“There is an absence of any control factors in the methodology – rather the acceptable range of viewpoints reflect the Institute’s own subjective views” it added.

The independent nature of the report has also been put into question as it has been accused to catering to the Commission on Counter Extremism (CCE) and its failed policy of PREVENT and repeats the same narratives produced by the CCE rather than present an independent analysis.

“It’s unsurprising, considering Tony Blair’s penchant for misinformation, that his organisation would use seriously flawed methodology in order to draw false conclusions regarding Muslim groups in the UK – it fits a wider pattern of behaviour to which we have become accustomed.”

“The report draws extremely subjective conclusions based on criteria that are not based on any credible and balanced research, but rather draw conclusions that have already been conceived.”

The transparency and objectivity of the report has also been undermined due to the questionable funding Tony Blair and the TBI receive and their sources of income. According to CAGE, Blair received funding from Michael Milken, one of the funders of the American Islamophobia network.

Other sources include Victor Pinchuk, a major donor to the Trump foundation, the US State Department and as of recently TBI admitted they received £9 million in donations from an organisation run by a Saudi Arabian government minister.