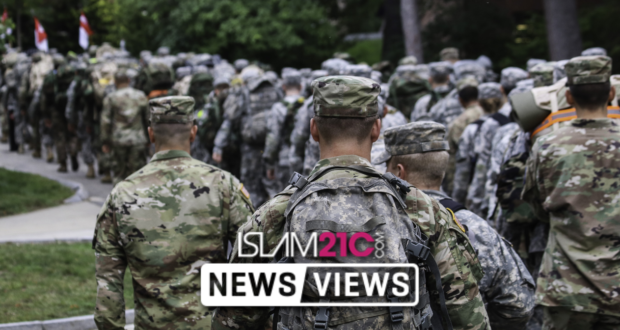 Trump gives order to withdraw US troops from Syria

US president Donald Trump has signed an order requesting that US troops be withdrawn from Syria after concluding that ISIS has been militarily defeated.

Speaking to CNN, a US defense official said that “the execute order for Syria has been signed” and that secretary of defense, James Mattis, had also signed it.

Mattis has also resigned from his role as defense secretary in protest to Trump’s order. His resignation follows similar protests from high ranking US officials who say that this order could destabilise the northern half of Syria.

The US has around 2000 troops stationed in northern Syria, supporting Kurdish forces in the battle against ISIS.

However, as the group has lost control over the majority of its territory and is no longer in control of any major city, Trump has supposedly seen this as a victory.

“We have defeated ISIS in Syria, my only reason for being there during the Trump Presidency”

“Getting out of Syria was no surprise. I’ve been campaigning on it for years, and six months ago, when I very publicly wanted to do it, I agreed to stay longer. Russia, Iran, Syria & others are the local enemy of ISIS. We were doing there work. Time to come home & rebuild. #MAGA”

The withdrawal has brought condemnation from allies within Syria and Europe with EU heads of states arguing that such a withdrawal is premature and gives ISIS breathing space.

As Trump announced his order to withdraw US forces, Turkey’s Erdogan announced that a new military operation will be launched east of the Euphrates river and will focus on defeating the SDF, YPG and PKK units who are in control of major towns and cities, as well as the remaining remnants of ISIS.

Turkey has maintained a significant troop presence in northern Syria since 2016 when it launched Operation Euphrates Shield that saw the defeat of both ISIS and Kurdish forces.

Turkey has commended Trump for his decision and will now face no obstacles in its campaign against terrorist Kurdish militias and ISIS.

It is understood that Trump was in a phone call with Erdogan before he announced the withdrawal and that he believes Turkey could singlehandedly defeat ISIS.

Russia has also praised Trump’s decision, with president Putin saying that he has done the right thing.

2018-12-25
News Editor
Previous: The REAL Christmas Story: How a Prophet was turned into a god
Next: Israel to hold snap elections in April as Netanyahu’s coalition dissolves parliament