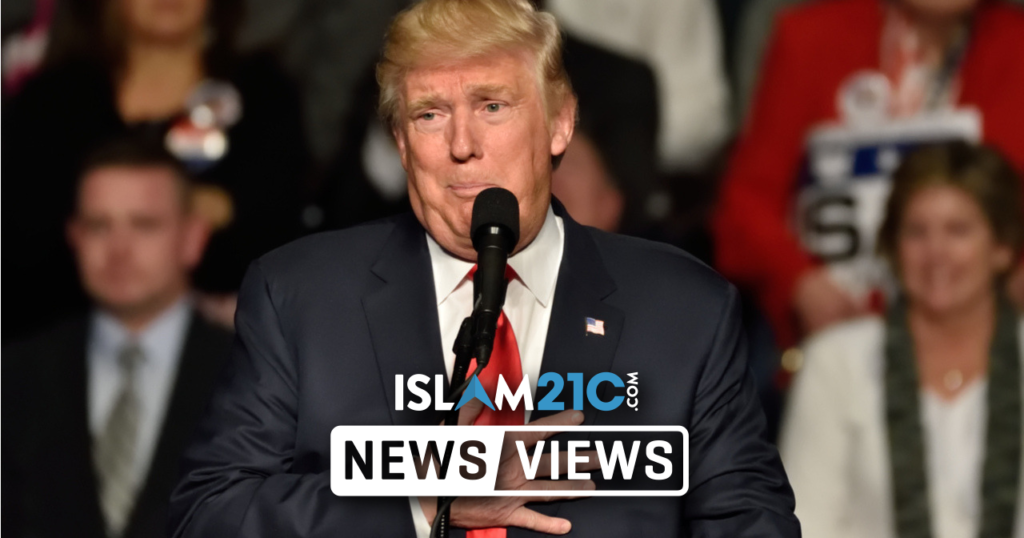 Donald Trump has made the headlines again, this time for a very awkward situation he has found himself in at the recent G7 summit after jokingly calling out Egyptian President el-Sisi, with a statement that “was met by a stunned silence.”

Speaking in France during the reception of the Summit, Trump said loudly, in a room full of American and Egyptian officials, “where’s my favourite dictator?”

According to the Wall Street Journal, several people in the room at the time heard the question, including Egypt’s Minister of Foreign Affairs Sameh Shoukry, Egypt’s Director of General Intelligence Abbas Kamel, US Secretary of the Treasury Steven Mnuchin, and the then-US National Security Advisor John Bolton, who has since resigned. [1]

Egypt denied rumours of any such announcement, saying in a press release:

“President Trump expressed his appreciation for Egypt and President El Sisi as well as the development that Egypt has witnessed to realize security and stability as well as growth, in spite of regional instability.” [2]

While the witnesses said he made the comment in jest, Trump’s question drew attention to an uncomfortable, forced, and faceted relationship between the US and Egypt.

Since taking power by a military coup that helped to overthrow the late President Morsi in 2013, Sisi has repeatedly faced criticism for his undiminishing record of human rights violations.

To make matters worse, the Trump administration have not publicly admonished the Egyptian government for its human rights record, [3] instead turning a blind eye to its torture and murder of prisoners to avert opposition, many reports have claimed. Egyptian authorities have continued to defend their tactics by saying that “it must take extraordinary measures to combat extremists.” 1

Egypt has also passed constitutional amendments to guarantee that Sisi can serve multiple terms in office.

Following the incident, Trump seemed to attempt to make up for his ‘light-hearted’ remark, saying about Sisi:

“We understood each other very well. He’s a very tough man, I will tell you that. But he’s also a good man, and he’s done a fantastic job in Egypt. Not easy.” [4]

The comments have also highlighted Trump’s history of building personal and friendly relationships with other brutal dictators with poor human rights records. In addition to Sisi, he has sung the praise of other world leaders such as the Russian President Vladimir Putin, North Korea’s Kim Jong Un, and Chinese President Xi Jinping.

Let’s start with something basic — as president, I won’t have a “favorite dictator.”https://t.co/kb2ap6zaaD