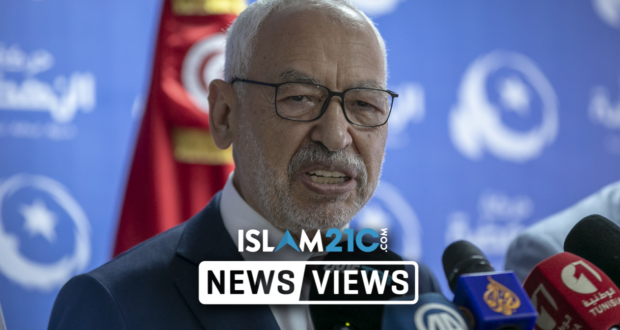 Tunisia’s Ennahdha Movement has claimed victory in the country’s parliamentary elections. Tunisians headed to the polls to elect 217 new members of parliament, just a week before voting in a new president.

The country’s Supreme Election Council announced that only 41.32% of around 7 million eligible voters went to the polls in the country. Voting closed on Sunday 6th October in the country’s second parliamentary election since the revolution eight years ago.

Shortly after the polls closed, both the Ennahdha Movement and the Heart of Tunisia declared victory and celebrated at their respective headquarters. However, the Ennahdha Movement has now come out on top in legislative polls although it has fallen short of the majority needed to build a government.

The Ennahdha Movement has won 52 of 216 seats in the election, making it far short of the 109 required to govern. The party whose founder is Rached Ghannouchi also won a seat in Tunis.

The newly formed party of presidential candidate Nabil Karouni, Heart of Tunisia, came in second place, with 38 seats, whilst Tayyar came third with 22 seats and Karama taking 21 seats. Four other parties that took part in the elections took between four and 17 seats each.

The Ennahdha Movement is a Tunisian political Party with an Islamic frame of reference. The Party was established in 1981, however, it only received official legal status in 2011 following the Tunisian Revolution.

During the 2011 elections, which saw the formation of the Tunisian Constituent Assembly, the Party won 37% of the votes and formed a government. The Party then came in second place with 27.79% during the 2014 Parliamentary elections.

Tunisia’s second round of presidential elections are set to take place on Sunday 13th October. Voters are having to choose between retired law professor Kais Saied and Nabil Karouni, who was recently released from prison. Although an independent candidate, Kais Saied is being backed by the Ennahdha party.