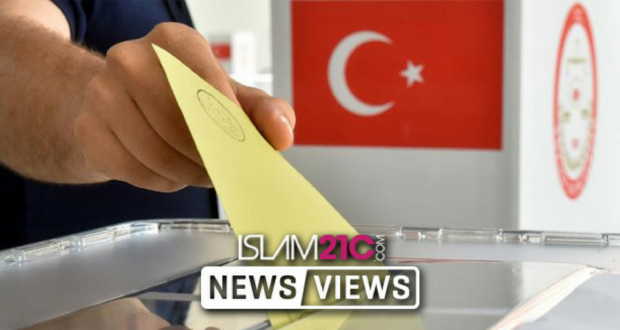 On Sunday 24th, 2018, millions of Turks will head to the polls for the country’s presidential and general election. Six candidates will go head to head as well as eight political parties. The elections have been fast tracked 18 months ahead of their original scheduled date following the parliamentary approval of a joint proposal by the ruling AK Party and the Nationalist Movement Party (MHP). [1]

Over 25 million Turks voted in favour of the 2017 referendum on fundamental changes to the Turkish constitution. [2]

Since the constitutional changes were passed in the referendum, the country had not entirely enforced the clauses under the new constitution. The main ‘power shift’, moreover, is yet to take place, and a full presidential and parliamentary election will ‘refresh’ the Turkish government onto the model of the new constitution.

Listed below are five monumental changes the Muslim nation will see once the new structures are crystalized by Sunday’s poll.

1. The ‘De facto President’ is now a President

By separating the office of the President of Turkey’s office which includes the ‘executive branch’ from the parliamentary ‘legislative branch’, the President of Turkey is given the authority to issue ‘decrees’, becoming both Head of State and Head of Government. [3] The president is mandated directly by the public as opposed to parliament. The Turkish electorate will thus be saved from the problematic, dysfunctional and unrepresentative coalition governments of the past and see their vote carrying full mandate to the particular candidate who represents their own value system.

This is arguably the most radical of changes. Previously it was a condition for anyone elected into government to have some sort of military affiliation. The pre-2017 clause stated that “persons who have not performed compulsory military service shall not be elected as a deputy” whilst the new clause, coming into full effect after the full presidential and parliamentary elections states that “persons (at the time of election) having affiliations with military service shall not be elected as a deputy.” Three civilian governments were deposed by the military and the July 2016 coup would have had detrimental consequences on Turkey’s success as a nation. The new constitution removes the presence of the military from government institutions, ensuring they are rededicated to protecting the country’s borders from external threats.

The separation of the president’s executive office from parliament does not render the latter powerless. Rather, as the constitution states, “if there are conflicting provisions in presidential decrees and laws; laws prevail.” This ensures that the efficiencies of assertive leadership are maintained alongside the checks held by parliament should the executive make mistakes or seek to circumvent the system.

Should the president contravene the law, i.e., commit a crime, “a motion for initiating an investigation of the president on allegations of a crime must be given with absolute majority of the members of the Grand National Assembly. […] A president’s term is ended if he/she is sentenced to a crime which is among the conditions of presidential eligibility.”

The ‘unchecked powers’ Turko-sceptic voices keep on parroting are simply non-existent and, as a matter of fact, the polar opposite to the accustomed dissolutions of parliaments, the execution of its civilian command and the persecution of its elected assemblies previously in place. In fact in the past, the president was essentially immune against all crimes, except for ‘high treason’.

The previous system gave way for the government’s executive branch to create laws. The separation of the legislative branch (the parliament) binds the president to laws agreed by the latter.

Fair legal accountability is not possible without impartial judges. This is the cornerstone of all advanced societies of today and yesterday. The term ‘impartial’ has been added and conditioned upon the selection of judges in the constitution in addition to their being ‘independent’ which remains unchanged. This is essential in ensuring that the judges in any legal case are not affiliated to any of the plaintiff or the defendants.

According to the new constitution, “Military Courts cannot be established except to deal with military disciplinary. Court Martials can only be established in cases of military personnel committing crimes in situations of war.” Abolishing military courts and martial law gives the civilian authority, and thus the people more control over its military, as opposed to military dictating the course taken by the civilians.

A military that does not represent the populace is not one that is likely to share their territorial and ideological causes for which war is sometimes necessary. Such a disparagement leaves the nation vulnerable when defence is needed most, as was evident during the July 2016 coup attempt when the police force and ordinary civilians practically backfilled that role.

Votes of no confidence motions were put to the parliament very often in Turkey, sometimes every few weeks. Though they could not pass as they would be filed by parties without sufficient parliamentary representation, it would put an unnecessary burden on the executive branch that would be dealing with numerous internal and external developments.

Further to this, citizens are haunted by the era of coups and are often anxious that decisive policies will trigger a reaction from the military. Turkey’s government has long favoured gradualism and carefully balanced its decisions against the expectations of the deep military state.

The new system makes it possible for investigations to be launched against the President for any crimes, as opposed to the old version of the constitution which restricted the investigatable crimes to ‘High Treason’. Furthermore, a President’s term is ended if he/she is sentenced to a crime which is among the conditions of presidential eligibility. Additionally, the elections can be called either with a three-fifth majority of the Grand National Assembly or by the president. [4]

The ‘historic’ shift as argued by some is thought to improve efficiencies in Turkish governmental structures and realign the centres of leadership in the Muslim world, possibly setting it on a course of re-establishing the historical prominence and function it lost in the early 20th Century.

In the following video Shaykh Dr. Haitham al-Haddad explains the Islamic legitimacy of the leadership of Turkey’s President Erdogan, the problem with military coups, a brief recent history of Turkey, and why he believes that Erdogan is possibly a monumental reviver of modern history.