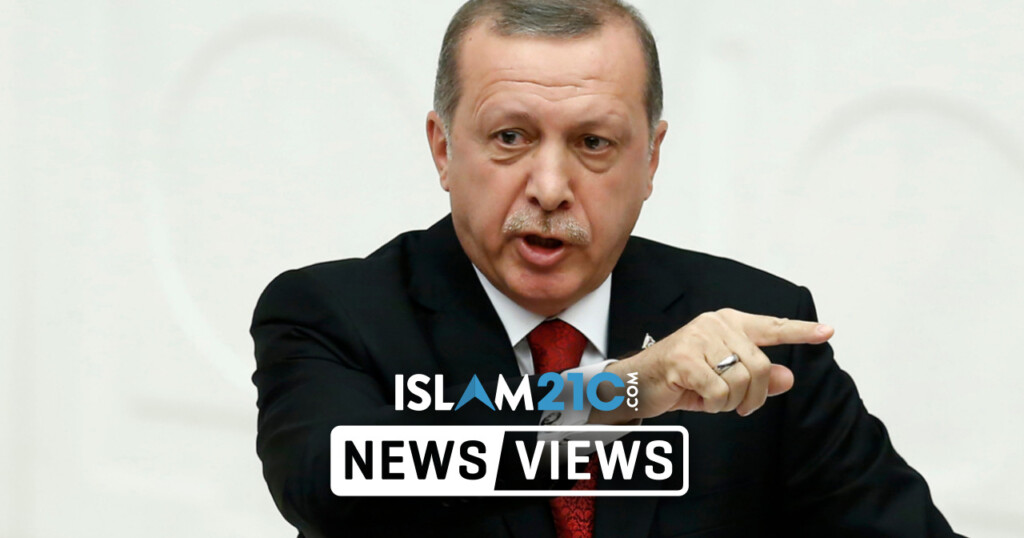 Turkish President Recep Tayyip Erdoğan has gestured to the European Union that his country remains keen to engage in fruitful dialogue on improving the currently frosty relations.[1]

In a recorded address to his ruling AK Party on Sunday, President Erdoğan said:

“We expect the EU to keep its promises, not to discriminate against us or at least not to become a tool to open enmities targeting our country…”

“We want to be in stronger cooperation with our friends and allies… We don’t see ourselves elsewhere but in Europe… We envisage building our future together with Europe.” [1]

Recent months have seen intense dispute between Turkey and Greece, with the Turkish research vessel Oruç Reis and the drillship Fatih entering into waters disputed by the Greek government in search of natural gas and oil reserves.[2] The Turkish government claims maritime jurisdiction of the area, but the EU has sided with the Greek position.

This is somewhat dangerous given that the EU, although well within its rights to defend member states, needs to strike a balance when entering into political battles, especially ones concerning NATO members and strategically significant trading partners such as Turkey.

Moreover, the recent war of words between French President Emmanuel Macron and President Erdoğan does not seem to be letting up any time soon, with Macron quoted as saying that the dynamic will not improve unless the “Turkish president respects France, respects the European Union, respects its values, does not tell lies and does not utter insults.”[3]

This is undoubtedly fallacious twaddle from the French President at a time when President Erdoğan has been justifiably standing up for the world’s Muslims in verbally retaliating in kind when Macron accused Islam of being “in crisis all over the world”.[4][5]

The EU has weighed in on both of the above issues and continues to disparage the Turkish President’s right to retort to threats and falsehoods. The EU also has sanctions in place that target people involved in the explorative drilling taking place in the Eastern Mediterranean, with these people having their assets frozen and their visas revoked.

However, Turkey is well aware of the importance of having good relations with the EU. Turkey remains committed to exploring dialogue that could potentially see it entered into the currently 26-member state organisation.

President Erdoğan faces a dilemma in the form of the EU making a decision next month as to whether or not to implement further sanctions on Turkey for the ongoing drilling in the Eastern Mediterranean. President Erdoğan has warned the EU not to become a “tool for enmities”, as it could be argued that the EU is overreaching when deciding to back Greece in this matter when both Greece and Turkey are NATO members. In addition, although Turkey is not in the EU, the EU cannot simply take sides without first taking legal avenues in the form of judicial processes.

Numerous fluid situations are in play. With Turkey seemingly fighting in a number of theatres at once – Greece, Cyprus, Russia, Libya, the EU, and the ongoing struggle of the nation’s currency – the fact that President Erdoğan has given an olive branch to the EU should not be taken lightly. “We believe that we do not have any problem with any country or institution that cannot be solved through politics, diplomacy, and dialogue,” President Erdoğan reiterated.[6]